From Zoom calls to masks to social distancing, this semester has been unlike any before at Washington University. In a time where we have all been asked to balance safety and socializing, perhaps no one has felt the strain of this task more than the University’s freshmen, who have been forced to transition to college in this atmosphere of unpredictability. 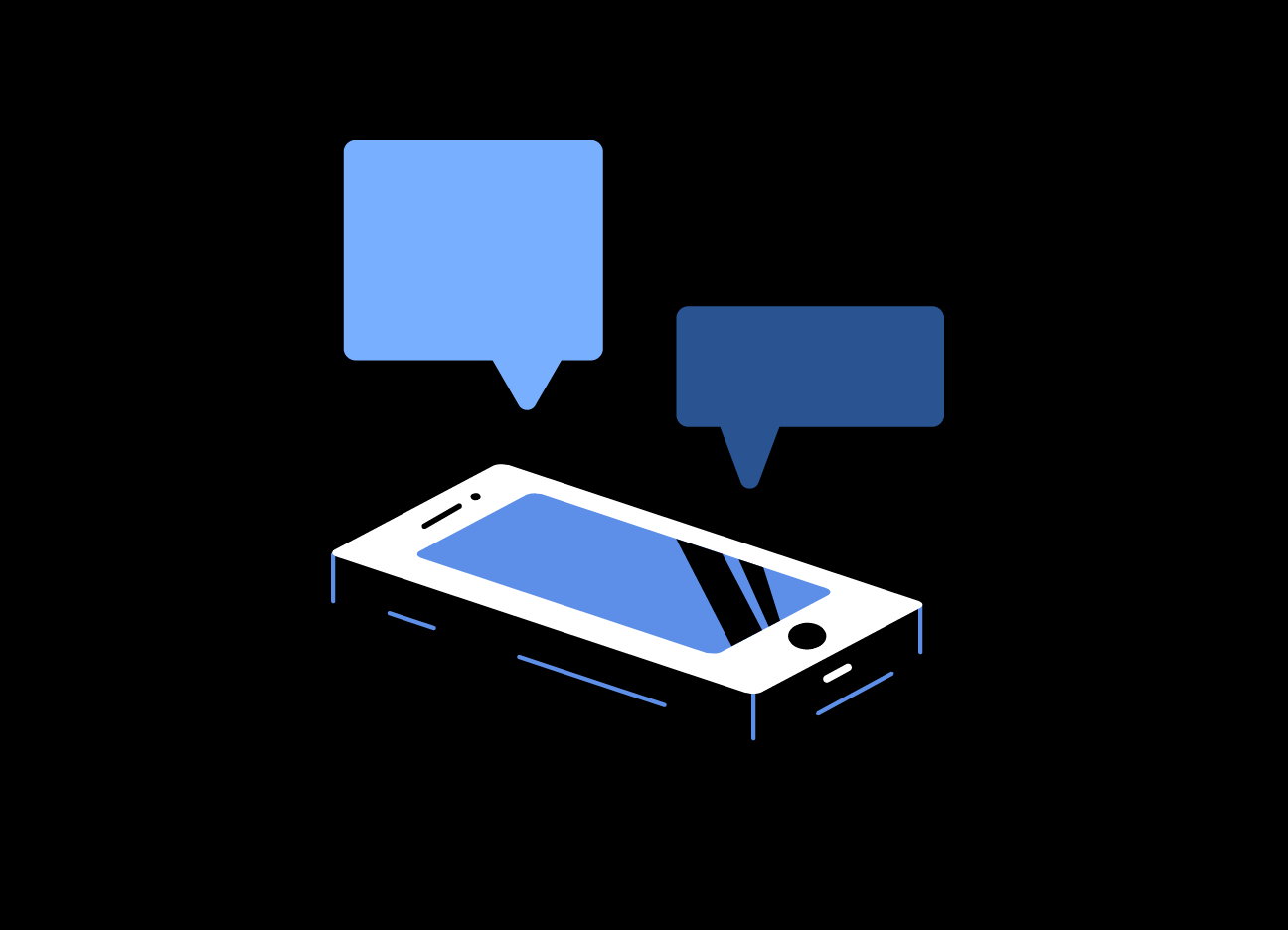 In a typical fall semester, freshmen are given ample opportunity to build a community with each other. First Day, First Friday and Symphony on the South 40 are all staples of what Campus Life calls the “First 40,” appropriately referring to the first 40 days of classes for new students at the University. This year, however, the First 40 looks a little different. Instead of in-person events, most of the highlights this year, like First Day, moved to a virtual format, if they weren’t canceled altogether. To compensate for this, Campus Life introduced a brand-new virtual event called BEAR-adise.

“[At] Campus Life, we were thinking of all the different ways we could do a virtual program, and this was not just for students who were on campus but particularly for students who chose to be away as well,” said Danny Kim, associate director for Campus Life.

BEAR-adise, happening every other Friday at 7:00 p.m., features a wide array of activities, ranging from their featured bingo to game rooms to Bear-ly Met, a kind of speed-meeting where you are paired with another student for two minutes before moving to the next.

Right now, Campus Life has been focusing on expanding the virtual event to reach more students. “We do put a lot of time and effort into BEAR-adise,” Kim explained, “so that on Friday nights, students are finding entertainment in a safe way, and hopefully not going out.”

Safety is on everyone’s mind this semester. For the University, it means doing whatever they can do to minimize the risk of an outbreak occurring on campus. For freshmen, it means figuring how to make new friends when they’re not even supposed to get within six feet of each other. For many freshmen, the answer lies in taking advantage of their newfound digital dependence.

Valencia Ajeh is one of these freshmen. After she was admitted to the University, someone sent her the GroupMe for the class of 2024. From there, she said, many smaller group chats were created and through those, she was able to form connections with people, finding them on other social media platforms like Instagram. Now that the school year has started, she has recognized many of them on campus.

Another freshman who’s been taking advantage of GroupMe is Jalen Bogard. Bogard is one of the more active class of 2024 GroupMe members, and over the summer he spent a lot of time meeting people through the app. This semester, although he’s on-campus, he’s been trying to meet his classmates using a mix of in-person and virtual interactions.

“I formed a study group in my calc class,” Bogard said. “Sometimes we go out to eat after class, that usually works out great, so we’re getting closer through that.”

Even though he has been able to make some friends this year outside of what he did during quarantine, Bogard expressed some disappointment in the quality of these new bonds and experiences compared to the older ones.

“Catching lunch with someone, socially distanced and everything, that’s probably as close to making friends as we can get right now,” Bogard said.

However, even though making friends has become more difficult now that the semester has started, Bogard and other freshmen like him, are going to keep trying, even if it means doing something a little different.

“I just feel like in order to build these new connections we’re just going to have to find new ways, new methods of getting closer with our classmates,” Bogard explained.

The GroupMe for the University’s class of 2024 has over 1100 members, the vast majority of them belonging to at least one of the many, many other groups created by freshmen. From “Tennis” to “Avatar: The Last Airbender” to “Chem Lab 151,” there’s a group chat for every interest and if there isn’t, students can always make one. These GroupMes have helped freshmen build a sense of a community that would otherwise be lacking this year, especially for those who aren’t on campus.

“Even though I’m not there in person, [course group chats] really contribute to the academic atmosphere and make me feel like I’m still in a group,” said Tiana Mao, a remote freshman. Over the last month, Mao has been attending her classes virtually from her home in Memphis, Tenn.

At first, Mao felt like she was missing out, betrayed by posts and discussions on the very social media apps that have been working to bring students together. “Everyone was posting about Wash. U. and the architecture and [I was] scrolling through the [Instagram] stories being like ‘Oh I wish I could be there too,’” Mao explained.

In addition to the group chats dominated by in-person students, Mao has also joined the GroupMe and Discord server for remote students. The combination of all these different group chats has allowed her to meet new people, so that she no longer feels left out.

Although GroupMes have helped freshmen get to know each other, they have their limits. It can be difficult to form bonds with someone based on only their online presence. Indeed, many freshmen have indicated that they prefer in-person interaction as opposed to virtual, demonstrated, at least in part, by how many freshmen decided against attending the University remotely this semester.

But for many freshmen, this method of meeting people has proven to be a challenge.

“My biggest struggle has been finding a lot of people who I have a lot in common with,” said Caroline Sauer, an on-campus freshman.

Sauer is not alone. Other freshmen have also expressed difficulties in making friends with shared experiences or interests.

One of these freshmen is Sophia Green-Baskett. While most of the incoming class of 2024 were high school seniors during the 2019-2020 school year, Green-Baskett was taking a gap-year. She is also living in an off-campus apartment. Green-Baskett has felt isolated from her peers, a feeling caused by her age, her place of living, her experiences and, of course, the pandemic.

“I feel like I just have a different experience than other freshmen with my gap-year and living off campus,” Green-Baskett said.

Both Sauer and Green-Baskett agree that they haven’t been able to meet people like they wanted this year, largely because of difficulties in talking to people in their classes and clubs.

Getting involved in student groups is a particular area of concern for Sauer, who was primarily hoping to make friends through clubs this year. “It’s been much harder to join clubs, since the activities fair was a lot less accessible [this year],” Sauer said.

Like most things, the activities fair took on a virtual format. Rather than exploring booths, students explored pages on the Washington University Student Group Organizer (WUGO) website. From there, students could sign up for the mailing list for their chosen clubs, and if they were interested in learning more about a specific group, they could log onto the group’s Zoom meeting.

Even though joining student groups has been more difficult this year, freshmen shouldn’t give up, says Residential Advisor (RA) junior Nina Lawrence. “I would keep trying,” Lawrence said, “I’ve met some great people, so I would totally recommend it.”

Lawrence also encourages her residents to make more of an effort to introduce themselves to their peers. “[Freshmen] are really having to put [themselves] out there a little bit more,” Lawrence explained. “I think everyone really does want to make those connections, so any person reaching out is seen as a good thing.”

Although this approach may be a bit nerve-wracking, it seems to have been working for some freshmen this year.

“In a few of my classes, once we’re walking out, I try to make conversation with people, and through that we’re able to be like, ‘Let’s grab lunch sometime after class,’” said Sarah Chen, another on-campus freshman. Chen has been trying to make use of her available opportunities to make friends, even if they look different than usual.

Chen has three suitemates, and she’s found that she’s been able to get along with them pretty well. “It’s like a built-in friend group for me,” Chen said.

Joining clubs is something that Chen is still working on, she says, but she has been able to get involved in a few of them, as well as attend some student-group-sponsored events. During the Chinese Students Association’s “dinner with execs,” for example, Chen was able to eat with other members in person, while socially distancing of course.

Although the position of a freshman this semester is not an enviable one, so far the University’s first-years have been doing well, says Katharine Pei, director of the First-Year Center.

“I’ve been really impressed by the resiliency and the creativity of first-year students to be able to work through this and make the best of a really challenging situation.”