Although gyms may be closed, that doesn’t mean students can’t do their favorite workouts right in the comfort of their homes. Sumers Recreation Center at Washington University has started hosting BearFit live classes online until further notice due to the ongoing COVID-19 crisis. Members of Washington University community as well as the wider public can access live trainings online by following the Instagram account @washurec or watching recorded videos on Facebook and YouTube. 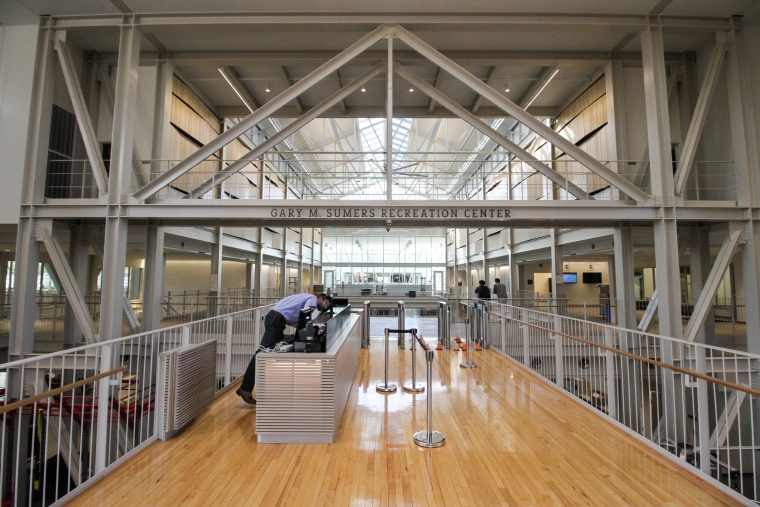 “We’ll have one class each day. The idea is to help us also just build a schedule,” Meghann Feely, assistant director for fitness and wellness at the Wash. U. Office of Recreation, said. “I think for a lot of people, working out helped define a routine, and so we’re putting together this very modest live schedule to help people build these routines.”

“I was kind of devastated when I heard that the gym had to be closed,” Sicong Sun, a third-year Ph.D. candidate at the Brown School of Social Work and frequent gym-goer, said. “And I was really excited to find out that they are offering the virtual training sessions, so I attended it as much as I could…I feel like I can still exercise as normal even though I need to stay at home.”

Still, the process of making BearFit training sessions online posed significant challenges. As Feely points out, it is the first time that BearFit has ever held online classes. As for her personal experience, creating the classes has been Feely’s “first time really working out in front of a camera and getting recorded, first time working out without any music.”

That lack of music, she said, is one of the biggest challenges she and other instructors are facing in transitioning their programming to an online format, as playing music in online videos can raise copyright issues.

“We don’t have a license to play mainstream music,” Feely said. “…[We are] looking into companies where we buy a license to play ‘non-right,’ or non-copyrighted music, so it’s up and coming artists that are great.”

Feely noted that she also received suggestions from students to make a Spotify playlist for each workout that participants can then play at their own homes as they follow along. Since navigating this crisis is difficult for everyone, Sun expressed that she appreciates the efforts BearFit instructors have made to make these classes accessible.

“Of course it will be a little bit different than doing the classes together at the gym, like we do not have too much equipment at home… But I think doing some cardio, yoga, once I get into it, it feels like pretty much the same outcome as I do in the gym, and I know it’s the best they can do.”

While creating online classes was a direct response to social distancing measures, Feely noted that the process has inspired her to continue with the format as a compliment to in-person BearFit classes in the future.

“What I’d like to see for our program is for this to be something that in fall 2020 when hopefully we’re all back in school, we still have our normal classes, but we also still do online classes, because we have a great population who does study abroad and there are people who can’t get to some of the classes that we offer.” Feely said. “…Also [for] anybody who is nervous to be in a class…this gives our members the opportunity to maybe see a class before they take it to determine if it’s the right fit for them.”

Above all, this online programming serves to create social connections within the Wash. U. community while also maintaining a sense of normalcy in people’s lives, especially for Sun, who has taken Feely’s classes for multiple years.

“It feels like it is a community to me,” Sun said. “…[Feely]’s videos give me more than just the workout. It’s giving me [a] sense of belonging, sense of support, that we can still work out as a community and support each other. Life is still normal.”