The ability to narrate one’s unique perspective effectively while also appealing to the higher masses has always been a useful skill for journalist Aisha Sultan. A syndicated columnist, speaker and filmmaker, Sultan will show her short film and facilitate the post-film discussion at the annual Day of Dialogue & Action event on Tuesday, Feb.18 and Wednesday, Feb. 19. 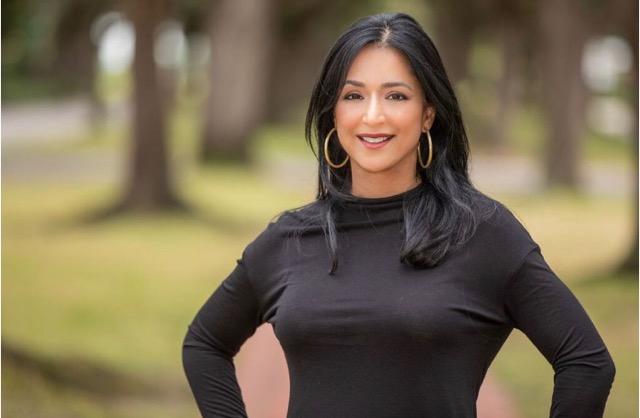 Before becoming a columnist, Sultan graduated from Trinity University with a degree in Sociology and International Relations. After completing her undergraduate work, she then did graduate work at the University of Chicago. She then interned at the Wall Street Journal and has been a staff writer for the St. Louis Post-Dispatch since 1997.

Sultan’s keynote event, “Other People: Unpacking our Assumptions & Learning How to Speak Up,” starts at 6 p.m. in the Eric P. Newman Education Center on the Washington University Medical Campus. As this event specializes in cultural introspection and appreciating difference, Sultan’s perspective and experience as a journalist mirrors those two qualities.

“For the first 10 years of my career, I was a…news reporter, and I worked stories, covering beats like education, breaking news stories and some investigative stories. And about 10 years ago, I switched to features and wrote a column,” Sultan said. “And the great thing about [writing a column] is having the freedom to share your opinion and your observations and have a real wide range of what you can write about.”

Sultan said she loves it when her stories have a concrete impact. One of her favorite examples of this was a piece about the xenophobic detainment of an imam from Senegal.

“He was trying to go back home for weeks, and he was being unjustly held for really no good reason except for the fact that he was a Muslim leader,” Sultan said. “So, after our story ran, he was allowed to return back to his country [the next day].”

Sultan also elaborated on her experience as a Muslim American and how her identity has helped her emphasize, through journalism, that commonalities in experiences still exist across different perspectives and identities.

“For the perspective of the column, I think I’ve been able to share with some readers what my life is like as Muslim American mother raising kids in the Midwest, further challenges and just common experiences that all parents have and worry about,” she said.

Sultan emphasized that she appreciates the coexistence of discussing personal, unique experiences related to her social identities in her work as well as the axiomatic experiences that all parents can relate to. On Tuesday, Feb. 18, she will present her 9-minute short film, “Other People.”

“It was shot in St. Louis [and depicts] situations on the playground with my kids or observing other people from the playground,” Sultan said. “…It’s sort of like a little slice of life and [how] sometimes those interactions can feel like if your identity is different than the majority culture or identity. And…there are going to be interactions, and people may not realize what they’re saying, or the assumptions they are making about you, how that could make you feel.”

While the attendees of the event watch the film, Sultan hopes that they consider the kinds of assumptions people can make about each other. After the audience reflects on that, she wants “the action part of the discussion to focus on…how do we respond? And how do we reflect on our own actions to make ourselves more aware of [these] situations?”

Sultan hopes to present her new film, “33 and Counting,” to the Wash. U. community in the upcoming year. This film is about a woman who has been serving a life sentence in a Missouri prison for a crime that was committed by her rapist. As a previous instructor for the College Writing Program, Sultan feels special about her connection with the University community and is looking forward to strengthening it through her keynote event.

“I feel like it’s very meaningful for me to be able to share my art and to share this story with a community where I’ve taught and where I know the caliber of students who are there,” Sultan said. “And it just makes it more meaningful and personal for me, because this is a community that I also consider [myself] to be a part of.”