While many Washington University students may be interested in getting involved with social justice causes such as mass incarceration and education, it is often unclear how to get one’s foot in the door. Even at a university that is home to the Prison Education Project (PEP), a program funded by the Office of the Provost and Consortium for the Liberal Arts in Prison to teach for-credit, college courses at the Missouri Eastern Correctional Center (MECC), finding a way to contribute to these efforts can be daunting to some. 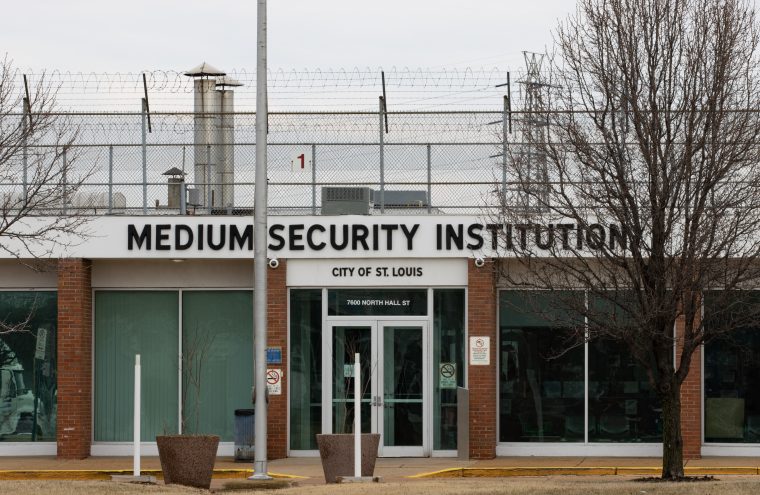 While serving as an administrative intern for PEP this past fall, senior Megan Arden decided to bridge this gap by creating an undergraduate student organization called Interrogating Incarceration. With an executive board of six students, the club spent the fall semester crafting its mission of raising awareness around issues related to incarceration as well as highlighting the efforts of PEP.

“I think a big issue we identified this past fall is just that a lot of students don’t know that PEP exists,” Arden said. “And I find a common trend is [that], when students find out that the program does exist through Wash. U., they’re very excited about it and usually even want to become involved even if they don’t realize until after the fact that these issues are important to them.”

Around 30 students attended the club’s first general body meeting in January. The executive board has also been providing information about incarceration through its newsletter, which centers on a different theme each month. January’s theme was the Close the Workhouse campaign, an effort to get the City of St. Louis to close its Medium Security Institution (MSI), which houses people awaiting trials in “inhumane conditions,” according to the newsletter. Inez Bordeaux, an organizer from the campaign, will speak at the club’s second meeting on Tuesday, Feb. 11 at 4 p.m.

Arden stressed that although the club is a separate entity from PEP, she hopes to support the program through raising money for the Re-Entry Group, a currently unfunded group that seeks to help PEP students transition back into the St. Louis community. The club is working to launch a fundraising campaign for April.

PEP Program Coordinator Natasha Narayanan expressed excitement for the club’s ability to inform students about the topic of incarceration and further engage the wider Wash. U. community in the program’s efforts.

“The undergrad students that I’ve interacted with at Wash. U. and at the prison are just incredibly passionate and motivated,” Narayanan said. “And I think once they become aware of a cause or issue, they can do a lot to change it or contribute to that effort. And so I think that will be one of the really important things that this group can do, giving
an avenue for students to get involved sort of more directly.”

Although Interrogating Incarceration’s executive members hope to spark discussions on campus, their long-term goal is to expand beyond the Wash. U. bubble and create partnerships with St. Louis organizations.

“We don’t want to just be Wash. U. students talking amongst ourselves only on Wash. U.’s campus,” senior Alia Nahra, Interrogating Incarceration’s vice president of communications, said. “The point of this club is to get people invested in St. Louis and in the community where these issues are happening all around us.”

Although students on the Danforth campus might be unaware of or feel completely detached from students in PEP, graduate student Meg Galindo, who serves as the chair of the PEP programming committee and peer mentors the club, noted that the students at MECC should not be viewed as separate from the University and hopes that the club eliminates this disconnect.