When we think of the world of business, what comes to mind? Innovation, networking, maybe competition; but what about hospitality?

St. Louis native Danny Meyer returned to his hometown this past Thursday to speak before the Olin Business School about his entrepreneurial journey, sharing advice and philosophies that he has carried through every new venture for the “At the Table: Chef as Artist and Executive” program. 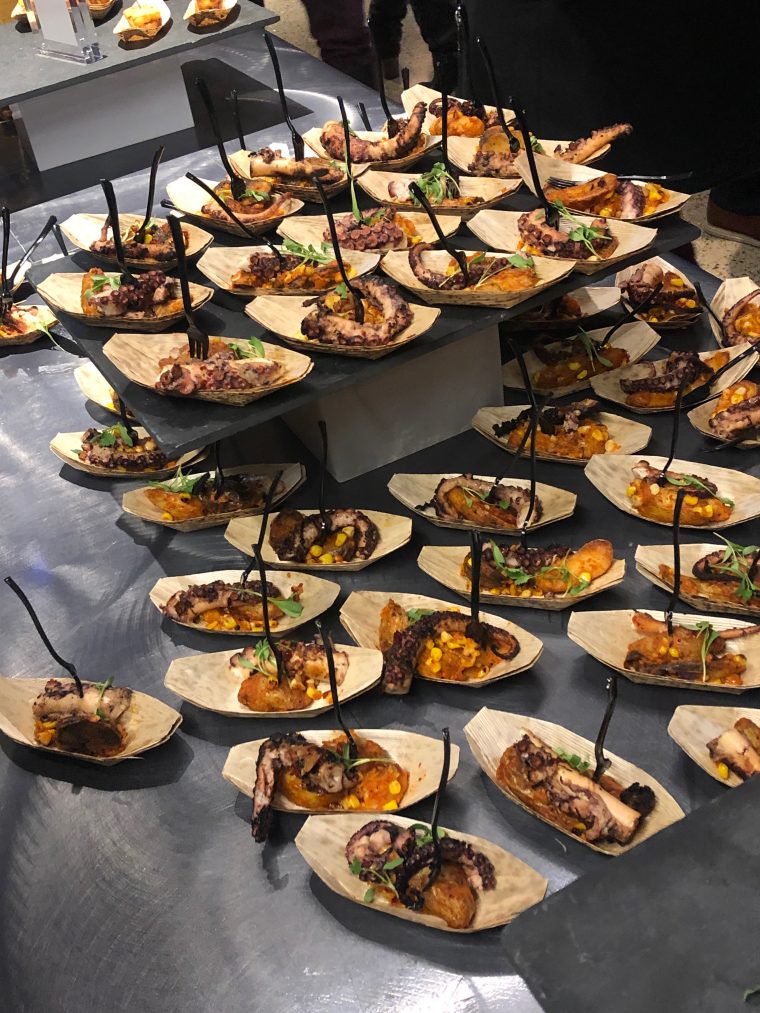 After opening up Union Square Cafe at age 27, Meyer’s success grew from there. Today, Meyer and his Union Square Hospitality Group (USHG) stand as the founders of top New York names like Gramercy Tavern and The Modern, not to mention the nationwide phenomenon Shake Shack.

So how does he do it? What is the secret ingredient driving Meyer’s masterful operation?

It turns out the answer isn’t all that cutthroat afterall. To him, all of this, all of the investments, start-ups and leaps of faith, began with the core goal of creating an atmosphere of hospitality—where everybody feels like they belong.

When it comes to the restaurants that leave you wanting to return, good food isn’t the sole factor. As Meyer describes it, the whole experience is analogous to one’s favorite songs.

“We all have some kind of collection of songs, and you wouldn’t have a bunch of songs you didn’t like,” Meyer said during the panel. “But of the thousand songs you may have, there’s probably 10 or 15 that every time you hear them, you just feel better. When you find a restaurant like that, that doesn’t ask anything of you, it almost just feels like your favorite sweater. You put it on, and it may not be the best sweater in the world, but it makes you feel good.”

That feeling, associated with coziness and comforting embrace, is exactly what Meyer seeks to emulate in every guest’s experience in every one of his restaurants.

From the inside, that means promoting a culture where effort is put in but not outwardly boasted. Meyer refer to an Italian word, “sprezzatura,” used by American author Seth Godin to review Meyer’s restaurants. Sprezzatura contributes to hospitality, which in turn contributes to that favorite sweater feeling—“when restaurants can convey that sense of ease, it puts you at ease,” Meyer said.

Obviously every guest entering a restaurant is different from every other, so going about catering to the needs of all of them seems a challenging feat in itself.

But Meyer explained that, just like breaking in a baseball glove, the development of a great restaurant takes time and experience. Even after placing in a baseball and tying a rubber band around it in an attempt to let the shape set in, the baseball glove “still [wouldn’t] play well until I played catch with a lot of people.” Meyer continued, “A new restaurant doesn’t get good until it’s broken in.” Through each additional game of catch—or interaction with guests, in the context of business—performance improves along every dimension.

A high quality product paired with commitment to the game yields maximum success.

“49% performance, 51% hospitality.” Such is the breakdown of Meyer’s expectations from his team, from those involved in his “business family.” The scale ultimately falls in favor of hospitality because at the end of the day, you can’t train emotional skills.

This kind of duality emerges again and again throughout Meyer’s business philosophy, including among discussions of culture and authenticity. Balancing a culture that works with the inevitable pressures of change is not easy.

Meyer shared, “The worst thing you could say to me in terms of how it made me feel was, ‘It doesn’t feel the same way around here anymore’ or ‘You’ve become very corporate’ or ‘The culture doesn’t feel the way it once did.’”

What Meyer realized, though, is that culture can be reinforced even as it continues to evolve. Even as more restaurants open up and more people are exposed to the services of USHG, team members can and should hold one another accountable for core values like hospitality.

Meyer, as well as the three local St. Louis restaurant owners in the panel, hold the belief that culture is the “red thread” of a restaurant’s existence. Gerard Craft, Kevin Nashan and Zoe Robinson all highlighted the importance of being intentional with the type of culture their restaurants create.

The event concluded with a networking reception equipped with lots of delicious food, including frozen custard from Shake Shack itself.

But before hearing the last of Danny Meyer’s wisdom and unconventional metaphors, Student Life had the chance to ask him his advice for college students looking to venture into the business world. Meyer said to first figure out what’s been bothering you, and work towards finding a solution.

“Any entrepreneur in any industry is solving a problem that a lot of people have and didn’t necessarily know they had,” he said.

So whether you’re hoping to pursue a career in business or simply become somewhat of a food connoisseur, don’t hesitate to take Danny Meyer’s advice and get the ideas flowing. It all starts with a vision, and some hospitality.