Forgotten WU history that will make you nostalgic…or not

College is weird for a number of reasons. You have the tiny rooms you have to share with a stranger, Greek organizations that feel like cults and future career paths that probably don’t match up with your major at all. One concept that is particularly befuddling is the loss of institutional memory among the student body. Since most people are gone in four years, there’s a very good chance that in eight years, notable events that happened in your time, will be a mystery to the current undergrads. This is sad and extremely inconvenient in terms of activism but means when you find out a juicy piece of history it’s that much more endearing. This is just a taste of some of Student Life’s coverage of events that may not be remembered.

Cambodian Invasion, Kent State Killings Spark Massive WU Protests
On Monday, May 4, 1970, a rally moved through Wash. U.’s campus and ended up at the “ROTC building” (which we don’t have anymore for reasons that will become clear later). The rally and protest was in response to the recent bombing of Cambodia (part of the Vietnam War), and the Kent State shootings on May 4, in which four unarmed student protesters attending Kent State University in Ohio were shot and killed by the Ohio National Guard. Wash. U. protesters were said to have started out, in essence, trashing the ROTC building, breaking windows, throwing papers and kicking the door in. The event then escalated when demonstrators lit the building on fire. When fire trucks pulled up, they threw rocks at the windows until they drove away, then chanted, “Burn, baby, burn” and “Kent State, Kent State”. When the police showed up “holding clubs,” “a small fire bomb exploded beneath their feet,” but the fire was put out in 15 minutes. Here’s the kicker: We tried to burn down this building more than once. Four times we did this, and ultimately Wash. U. protests took up 500 pages of Washington D.C. documents, and the FBI held an investigation looking for “ringleaders” and utilized student “informants.”

Bomb Scare Empties Olin Library
Peter I. Ostroff | Editor in Chief
I felt extremely mislead by this title, but ended up being blown away. There was a bomb threat on Tuesday night, Nov. 5, 1963, and 800 students were evacuated from Olin Library. This seems incredibly concerning until you realize that this is the twentieth time it had happened that year, and it was only November. People were calling into the “University switchboard,” modulating their voices, claiming there was a bomb. Then County Police would clear the area until they determined it was another hoax. The article included interviews from campus officials who seemed bewildered by the record high of prank calls, and library officials who had been in contact with the police said the term “group conspiracy” had been used. The Director of Libraries Andrew Eaton thought it would be unfair to students to shut down the library as punishment (a suggestion from the police), and simply was hoping for the best. How bad did general chemistry have to be in ‘63 for people to make a fake bomb threat 20 times?

Tests Reveal Asbestos in Steinberg
Exactly what it sounds like: Asbestos was found in Steinberg Hall. If you’re unfamiliar, this is a known carcinogen found in building materials that causes mesothelioma. If this story wasn’t juicy enough, you also get an incredible pull quote from Larry F. O’Neill, administrator of physical facilities, saying, “I didn’t think it was an urgent problem.” Basically, someone who worked in the library had the building tested, the safety and workers compensation officer was informed of the positive results and got more tests, those positive tests were sent to Larry because it was his job to take remedial action and Larry just said “eh!” for close to a month. Student Life did a full three-page expose covering the negligence, and it’s scathing. Steinberg was teeming with asbestos, everyone knew it and no one was doing squat about it. Absolutely harrowing. 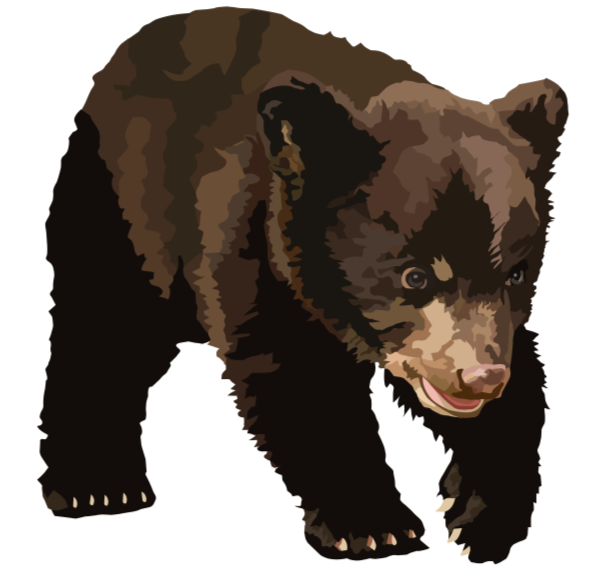 Biting bear cub doesn’t have rabies, won’t be euthanized, University says
Emily Schienvar | News Editor
So, the Congress of the South 40 used to have an annual petting zoo during finals time to reduce stress. In 2014, they brought a bear cub named Boo Boo. Boo Boo…wait for it…bit 14 students. 14, folks. That’s a lot of people for one baby bear to bite. One might say too many people for a baby bear to bite. Somehow this situation managed to escalate when there was a rabies scare. SHS said there was a risk that the students were exposed to rabies, students realized that they would have to euthanize Boo Boo to find out if they were exposed, and an ensuing rally around Boo Boo occurred. Some students bit by Boo Boo expressed anger with the University for allowing this to happen, but really didn’t want an adorable, two month-old bear to be killed for it. Others thought that was the price the bear was going to have to pay to make sure students didn’t die from rabies. An individual from the Brown School of Social Work wrote a letter to the editor disparaging the University for even allowing caged animals on campus and discredited PETA’s involvement, and a PETA representative responded in turn with an opposing letter to the editor. Chaos.

Scandal Sheet: Profs Evade Dry Law Attempt to Avoid 18th Amendment
The 18th amendment was ratified in 1919 and prohibited the sale of intoxicating liquors. Miss Macaulay, “dean of the women,” walked down into the basement of the women’s dormitory, MacMillan Hall, in late March of 1919 and tripped over a “large cork.” She ended up finding three bottle tops and a corkscrew at the foot of the stairs. She then called in two other people to help her with her search. The article claims she said, “Friends, I smell a rat.” When the “friends” came back with bottles, they apparently said, “Miss Macaulay, you were wrong about smelling a rat; it was a bird. We have located 15 bottles of Old Crow.” My god. Apparently there was a whole horde of “wet goods” in the basement, and three professors were implicated in the findings of the booze because of three books that were found alongside the paraphernalia. One book was connected to a professor simply based on the initials written on the “flypiece.” A truly thrilling scandal.