St. Louis is one of the most painfully landlocked cities in the country. Located smack-dab in the middle of the continent, the only large body of water nearby is the “beautiful” Mississippi River. But with the Saint Louis Art Museum’s (SLAM) latest exhibit, “Sunken Cities: Egypt’s Lost Worlds,” you can immerse yourself in the art and imagine that the Mississippi flowing by is actually the majestic Nile.

“Sunken Cities” is in town for the next six months (it opened yesterday, March 25), and it’s breathtaking. The traveling exhibition—which makes its American debut right here in St. Louis—centers around artifacts uncovered by Franck Goddio, president of the European Institute for Underwater Archaeology, and his team. Goddio co-curated the show’s presentation in St. Louis, along with SLAM’s Lisa Cakmak, the associate curator of ancient art. 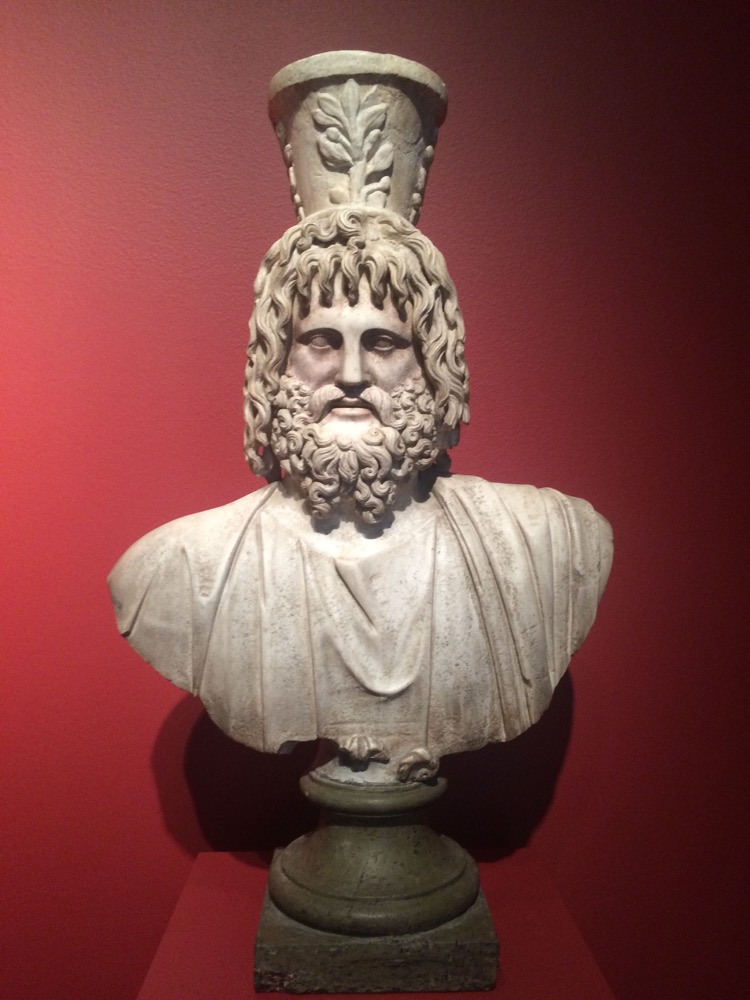 A sculpture currently on display at the SLAM in the “Sunken Cities” exhibit shows a fusion of Egyptian and Greek cultures.

The exhibition mainly comprises recent discoveries by Goddio’s team at the submerged ancient cities of Thonis-Heracleion and Canopus. Discovering the first of these cities was especially significant for Egypt, because Thonis and Heracleion were previously thought to be two separate cities, perhaps even imaginary ones. However, a stele, or inscribed stone tablet, discovered at the research site allowed researchers to confirm that these two cities were one and the same; Thonis was the Egyptian name and Heracleion was the Greek one. This important stele is prominently displayed at the beginning of the exhibit, with rows and rows of hieroglyphics covering its surface.

The artifacts from this city also exemplify the fusion of Egyptian and Greek cultures, from religion to customs to artistic style. Curly-haired, proud-eyed busts look obviously Greek, while serene sphinxes and intricately carved headdresses belie their Egyptian origin. Egyptian and Greek religions fused to a large extent, too, in these sunken cities; their shared polytheism made it easy to describe new family relationships and even shared identities between, say, Osiris and Zeus. Before its fall into the ocean, Thonis-Heracleion, perched where the Nile flows into the Mediterranean Sea, was Egypt’s primary trading port with Greece, and it shows.

Historical importance aside, one statue in particular was my favorite—a distinction she shared with many other visitors, judging by the group that encircled her as soon as we got a chance. Depicting Ptolemaic queen Arsinoe as the hybrid goddess Isis-Aphrodite, the larger-than-life statue shows the woman’s body in motion, draped with clinging folds of cloth. This goddess predates the iconic Venus de Milo by at least a hundred years, and as the exhibit’s curator proudly explained, she was carved from granodiorite, a much harder rock than the Venus de Milo’s soft, craggy marble. Every fold of fabric and curve of skin stands out in stunning detail—except for her head, which tragically was not recovered in the underwater expedition.

The walls of the exhibition hall were painted a deep teal for this showing, and the color, along with the pale wooden floors, give the impression of being underwater, with the breathtaking artifacts rising from the sand in the deep blue sea. It’s a text-heavy exhibit, and it’s clear that the curators had to hold themselves back from including even more writing—there’s simply so much history and context for the fabulous items. One wall panel provides a crash-course in the major Egyptian gods to help explain one of the more prominent groups of artifacts, those used in the elaborate annual religious ritual of the Mysteries of Osiris. The elaborate ceremony indeed seems mysterious, but this exhibit helps bring it to light. 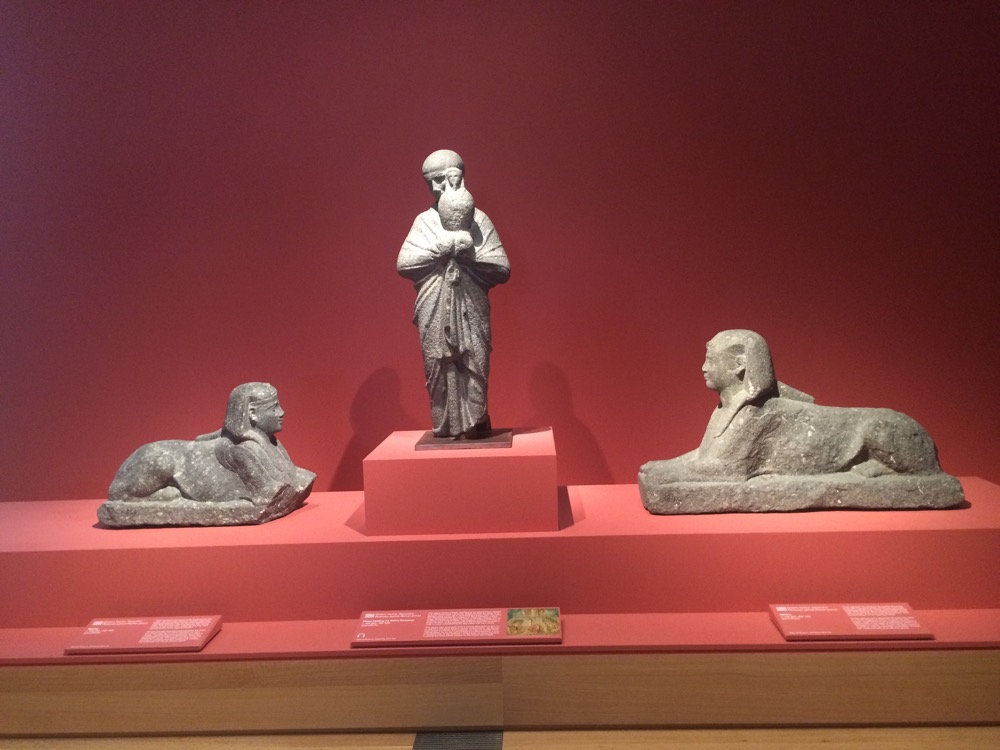 Sculptures at the SLAM’s newest exhibit show Egyptian art. The exhibition, which has traveled around the world, makes its American debut in St. Louis and opened March 25 to the public.

“Sunken Cities” tickets run $18 for students, which feels steep, especially compared to the standard (free) admission price of SLAM. The museum does have to recoup its costs somehow—apparently, the exhibition fee alone was around $2 million, a figure which includes the costs of flying all of the gargantuan artifacts into St. Louis on a really big plane.

Still, if you want to experience some of the magic of “Sunken Cities” without paying a dime, its three largest pieces reside outside of the paywalled exhibition hall—they simply couldn’t fit. Three statues of gods, ranging from 16-18 feet in height and each weighing in at over 10,000 pounds, stand tall in the museum’s main sculpture hall, which doubles as its main entry hall—meaning you literally can’t miss them. They’re regal, imposing and absolutely magnificent.

In a city whose own ancient relics—the Cahokia Mounds—are tragically underappreciated, staring down a nearly 20-foot godly figure is as close as you’ll get in St. Louis to immersion in Egypt’s rich archaeological and cultural history.