It’s almost Halloween, the spookiest time of the year. Here at Washington University, we’ve been battling some especially scary demons lately, in the form of scandalous revelations and controversial decisions from campus figures and organizations. The Scene staff has gotten into the spirit of the season by matching up our campus scandals with representative monsters from the Scooby-Doo television universe. Scooby-Doo is pretty much the essence of Halloween, and its canonical ghosts and ghouls are surprisingly allegorical for real-life issues. The Mystery Gang is constantly unmasking ill-intentioned villains, so let’s hope that Wash. U. can take a page from their book this Halloween season. 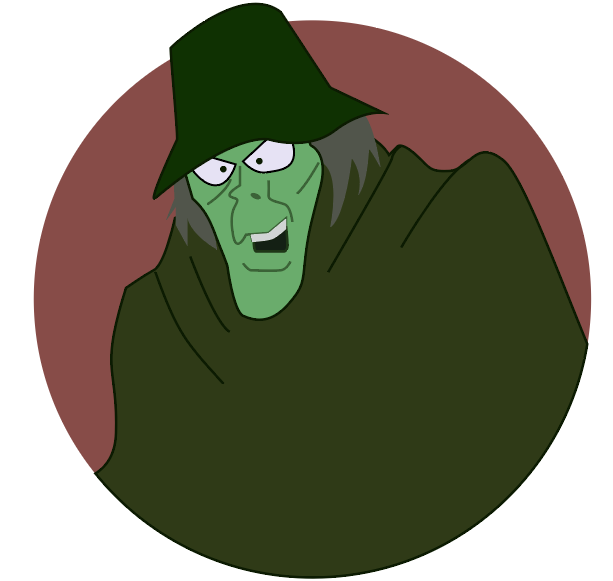 The Ghost of Mr. Hyde

In the span of a few days, Justin X. Carroll went from a respected dean who had recently, albeit suddenly, announced his retirement to one of Wash. U.’s most infamous figures. The former dean, who will soon be sentenced on charges of child pornography, brought a whirlwind of scandal to campus. Carroll is represented by the Ghost of Mr. Hyde. Like Carroll, the real-life alter ego, Dr. Jekyll, was respected for the majority of his career, before a scandal ensued. Jekyll disguised himself as the evil Hyde as a way to cover up his failed experiments and get away with crimes. Here in our Wash. U. bubble, Carroll took on the appearance of a trustworthy administrator, rather than that of a morally and legally corrupt man.
—Josh Zucker, Staff Writer

Toxic Terror is a villain with the power of acid touch who turns out to be a camp counselor. The federal Title IX investigations on Wash. U.’s campus are like this, but reversed. Our Title IX reporting process looks like a cuddly camp counselor that will protect you from all of your fears of the big wide world, but then BAM! Acid touch. Hence the investigations because, you know, acid touch is frowned upon.
—Katy Hutson, Staff Writer 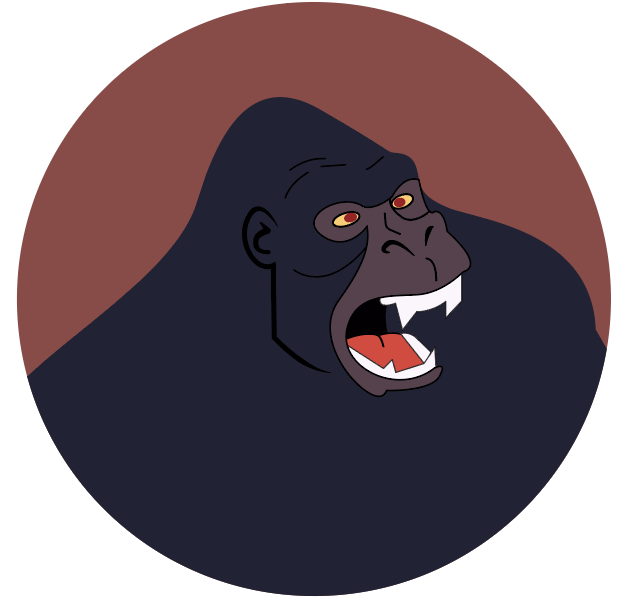 Social Programming Board’s choice of Lil Dicky as the headliner for this year’s fall WILD caused a lot of controversy due to the some of the comic rapper’s misogynistic and racist statements. Another choice that caused controversy in the Scooby-Doo world was the snubbing of Carl the stuntman for the leading role of the film “The Ape Man of Forbidden Mountain.” Carl, in order to wreak revenge on the production, dressed up as the titular Ape Man. The Ape Man, although he presented himself as an ape, was quite intelligent and at multiple points he even outsmarted the Mystery Gang. How does this apply to Lil Dicky? I’m pretty sure that Lil Dicky enhances his ignorance and offensiveness as part of the brand he’s created for himself.
—Josh Zucker, Staff Writer

Sludge Monster from the Earth’s Core

Lurking beneath the surface of the former campus hotspot Whispers Cafe is a monster. In reality, this monster is an inconvenient but innocuous chunk of bedrock that has delayed a major construction project on the Olin Library. Its effect on the campus community, though, can be more accurately described as a terrifying, slimy purple blob, Sludge Monster from the Earth’s Core, a villain from the Scooby-Doo origin story television series, “A Pup Named Scooby-Doo.” In the show’s second episode, the sludge monster waves its tentacles menacingly all around poor puppy Scooby, just as the ongoing Olin Library construction project has managed to wiggle its way into almost every aspect of campus life. The center of campus has become a coffee-less, bottlenecked wasteland of muddy cow paths as students struggle to get to their classes on time through the only segment of sidewalk that still connects the east side of campus to the west. The bedrock hindering Olin Library construction is truly a slimy monster that emerged from the Earth’s core to keep us all from the myriad of benefits of Whispers Cafe.
—Hanusia Higgins, Senior Scene Editor 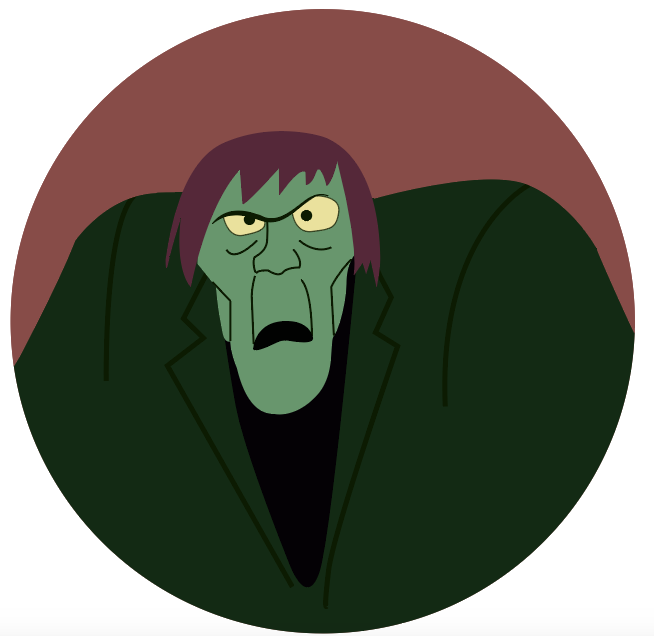 The Creeper
This man is creepy. He sent “sexually explicit” messages to students and is no longer employed here, presumably because of it. The Creeper is a Scooby-Doo character described as “not very smart”, an accurate description for a man who sent explicit messages to students, asked, “you in a frat @ washu?” and ACKNOWLEDGED that he worked for the University. I don’t know about you, but this scandal gives me the heebie-jeebies.
—Katy Hutson, Staff Writer

Last winter, the Wash. U. men’s soccer team was temporarily suspended due to their inappropriate behavior toward the women’s soccer team. They perpetrated crude comments that were positively prehistoric in their sexism, including “degrading and sexually explicit comments” and “other inappropriate behavior that perpetuates a culture of disrespect toward women.” These acts align the Red and Green with The Neanderthal Monster, a Scooby-Doo villain who presumably shared their archaic opinions about women. Like the Neanderthal Monster, who should really just stay behind Devil’s Rock, the men’s soccer team should stick to playing their game, rather than disrespecting women in their spare time.
—Hanusia Higgins, Senior Scene Editor

By divestment, I mean, of course, a lack of such. Specifically, the University’s refusal to separate its financial interests from the fossil fuel industry in its self-proclaimed commitment to avoid “political” decisions. This mess can be represented by The Tar Monster: an environmental nightmare of a disguise worn by Mr. Stoner, who just really wanted to steal some buried treasure. Wash. U. is so intent on holding onto its treasure (aka endowment) that it continues to support environmental destruction by investing in fossil fuels.
—Hanusia Higgins, Senior Scene Editor

Dr. Jonathan Katz is obviously an incredibly intelligent physicist, but he’s also…kind of terrible. Katz’s views on homophobia, women’s’ innate abilities in STEM fields and more recently, gender diversity in the physics department, have graced the pages of Student Life for many years, and within the student body, they attract more attention than his physics career. Olaf the Terrible is a similarly problematic villain from the Scooby-Doo canon. By day, Olaf’s true identity is the mild-mannered archaeologist Professor Busby. By night, he is a Viking pirate terrorizing the north Atlantic. Katz’s problematic proclamations demonstrate a Viking-esque brutality and puzzling disregard for scientific evidence. Plus, “the Terrible” is a great title to affix to a notorious campus fixture like him.
—Hanusia Higgins, Senior Scene Editor 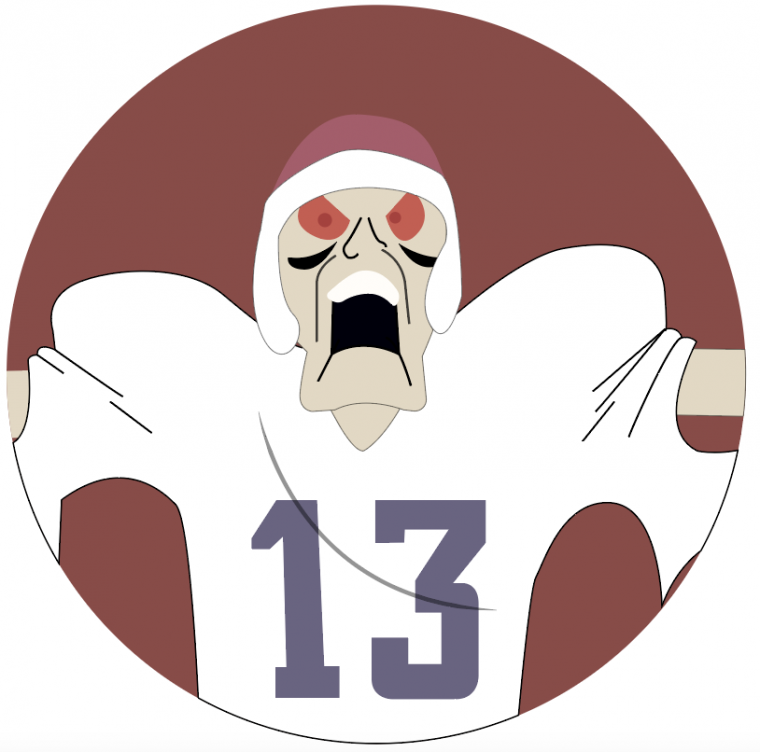 We all know of our beloved football squadron’s affiliation with the Phi Delta Theta fraternity. If you didn’t know because you’ve never been to a game like most people, news flash: Almost all of Phi Delt are members of our cherished football team. The Rambling Ghost is a Scooby Doo villain who appears as a disgruntled football ghost shrouded in online mystery, much like our own Phi Delt hazing scandal. What happened? Who done it? I could go on rambling about rumor this, rumor that, but one thing’s for sure: Phi Delt has made a name for themselves on this campus, and it’s a spooky one.
—Katy Hutson, Staff Writer