Student Union’s website was hacked Saturday afternoon by AnonGhost, a hacker organization that identifies as pro-Palestinian.

By around 4:45 CST, the affected websites had been restored to their regular formatting. Senior Emma Tyler, Student Union president, said that SU’s technology manager, Eric Suiter, located and fixed the problem.

On the “AnonGhost Official” Facebook page, the group took credit for the hack of the various Washington University websites.

The hackers replaced the SU home page with a logo and a block of text that includes the phrases “Death To All Jews” and “Viva Hamas” at the top. Also included in the hack were other wustl.edu domains, including those of Safe Zones, Interfraternity Council, Women’s Panhellenic Association, Chinese Students Association, Association of Black Students, Diversity Affairs Council and Pre-Dental Society.

According to a story in the International Business Times in July, AnonGhost is a group of hackers from 15 different countries across Africa, the Middle East and Europe. Over the past month, AnonGhost has also defaced websites of the United Nations and a police and fire department in the United Kingdom. 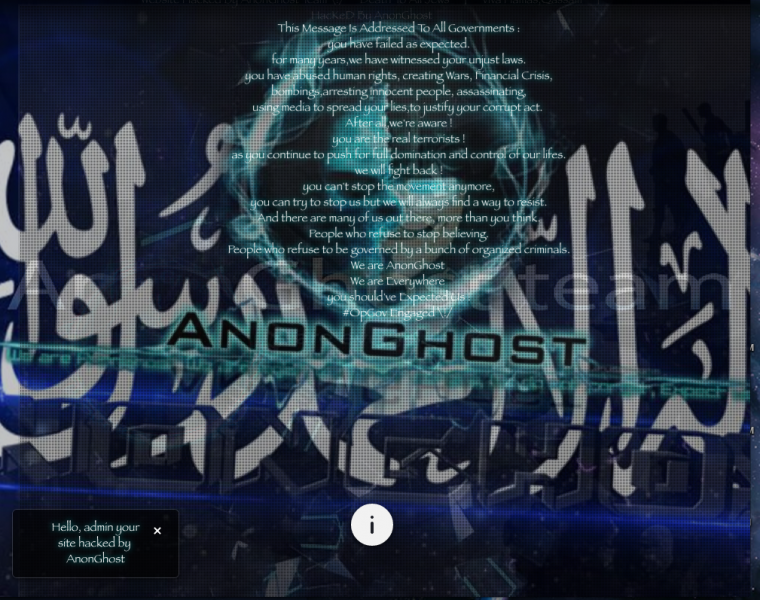 Tyler told Student Life in a statement, “SU is pleased our website and affiliated student group websites have been restored thanks to all the students who informed us of the hack and our technology manager for his quick work resolving the issue. We do not endorse any of the views expressed by the organization that hacked our website and apologize for any students that may have been upset by the images or comments that were posted.”

Junior Brian Benton, Student Union’s vice president of public relations, said that while the wustl.edu websites are on the same Student Union server, they are separate websites, so he doesn’t believe the hack of the main SU page would have led to the others.