Washington University announced plans to add the James M. McKelvey, Sr. Hall, which will house the Department of Computer Science and Engineering, to the planned East End expansion of Danforth Campus on Friday.

The new facility is part of the plan to bring computer science faculty and students in the vicinity of the other core engineering departments, according to Aaron Bobick, dean of the School of Engineering & Applied Science. 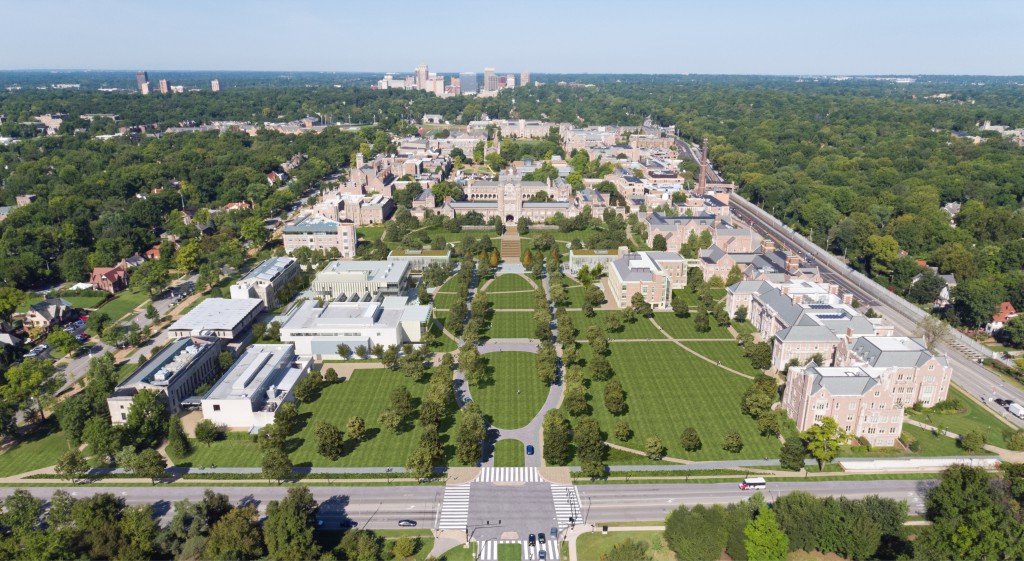 Courtesy of Wash. U. Public Affairs

A rendering of the East End expansions plans, not including the new building. The James S. McKelvey, Sr. Hall will be added to the project, the University announced last Friday, and will house the Department of Computer Science and Engineering.

A lead gift of $15 million came from Jim McKelvey Jr., son of James M. McKelvey, Sr. and a Washington University alumnus. The administration also plans to create an engineering quadrangle in that area, according to Bobick.

Bobick added that the new facility will bolster the University’s work in data sciences and computing, supporting interdisciplinary collaborative research.

“It will bring opportunities and space for us to do some coordinated science efforts that will engage folks from not just computer science and not just from engineering, but from the entire campus and potentially folks from the med school,” Bobick said.

McKelvey Hall is named for James M. McKelvey Sr., who served as dean of the engineering school for 27 years. He is largely credited with shaping the school’s transition from a technical training program to a leading research and educational institution.

“He is really formative in terms of the School of Engineering & Applied Science. He’s probably singularly responsible for that. So the fact that there’s a building being dedicated in his honor, I think that’s really special,” Bobick said.

The building’s construction is expected to be completed in 2020, extending past the East End’s tentative completion date of the summer of 2019. Henry S. Webber, executive vice chancellor for administration and professor of practice at the Brown School, acknowledged the major disruption that the project will cause.

“There is no doubt that this will be a very large construction site. It’s a big project. I think this is one of those cases where we all are going to have to remind ourselves that very good things in the end have costs. We cannot sugarcoat that this will be disruptive,” Webber said. “It’s going to require a little bit of imagination to get through the process.”

Despite the inconvenience caused by the construction, Webber argued that more research space is necessary in order for the University to become a more influential, innovative research university.

“It is certainly true that the University does not have infinite ability to expand in its core campus, Webber said. “But it’s clear that we need to be very careful and we need to think over the long run of what activities we can do other places than the Danforth Campus.”

Editor’s Note: This story has been updated to reflect James McKelvey’s middle initial and clarify the full name of the School of Engineering & Applied Science.