Reza Aslan, a religious historian and long-form journalist, spoke on Tuesday in Graham Chapel on the subjects of faith, extremism and democracy. 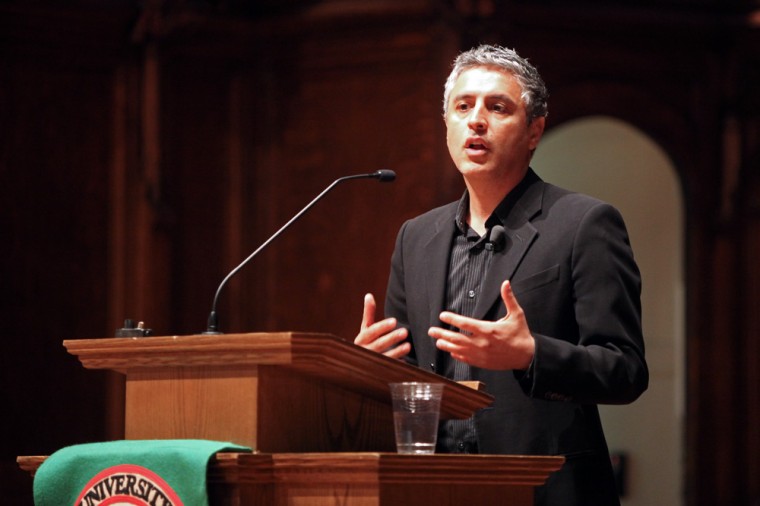 Writer and historian Reza Aslan speaks in Graham Chapel on Tuesday night about the intersection of religion and politics. Aslan kept a conversational tone rather than a lecture style at the event, which was sponsored by the Washington University Foreign Policy Engagement and part of the Student Union Speaker Series.

Aslan is a professor of creative writing, a religious scholar and a published author. His book, “Zealot: The Life and Times of Jesus of Nazareth,” focuses on the historical context of Christianity’s origins. Aslan, a Muslim, appeared on Fox News in July 2013 to discuss the book and was questioned repeatedly on his credentials and motives in writing a book on Christianity. The segment quickly turned into a debate that went viral and sparked controversy.

The talk Aslan gave Tuesday was especially relevant in light of recent events, including last week’s shooting of three students in Chapel Hill and the Charlie Hebdo shooting in January, both of which centered around Muslim identities and terrorist actions.

Aslan admitted to feeling under the weather and thus aimed for a more conversational presentation.

“Instead of me giving you a lecture, what I’ll do is I’ll facilitate a conversation with all of you…I will define some terms for us so that we’re all actually speaking the same language,” he said. 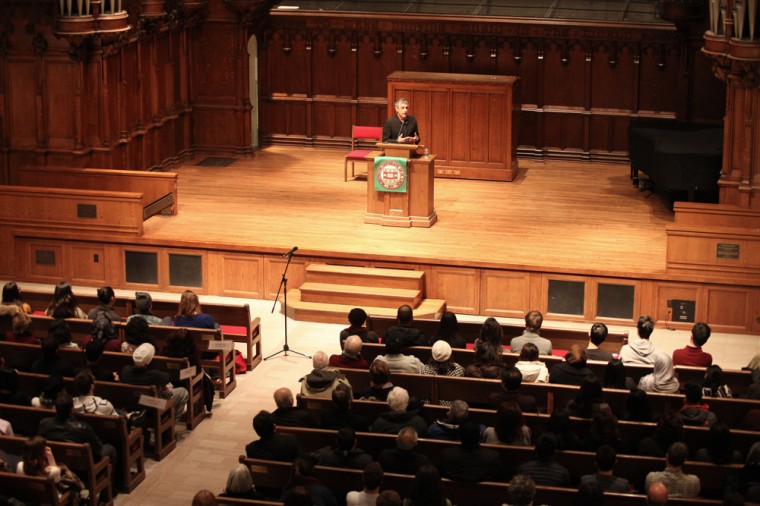 Aslan’s definition-based section of the event began with differentiating between Islam and Jihadism as well as the different types of religious opposition movements, ending with a description of the dangers of jihadist organizations as a terrorist threat.

Upon concluding his series of definitions, Reza opened the floor to questions from the audience with only one stipulation—that the questions come from students rather than other community members.

Several students quickly formed a line for questions between the chapel’s pews. The Q-and-A session kicked off with a lighthearted moment when two students asked to have their picture taken with Aslan before they left for an exam. After the picture, the questions proceeded, ranging from specific queries about the historical Caliphate to questions about potentially needed changes in foreign policy.

Aslan ended the 45 minutes of questions with a comical reference to his infamous stint on Fox News, but he ultimately concluded on a more serious note.

“I find that the most important thing when I talk to an audience, whether I’m talking in a synagogue, a mosque or a church, or whether I’m speaking at a university, is that I never delegitimate people’s beliefs,” Aslan said. 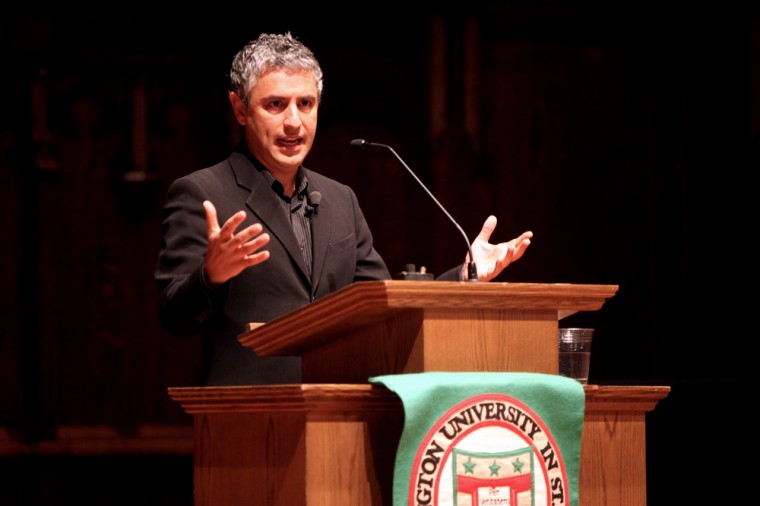 When asked about the importance of having Aslan speak on campus, freshman Jonathan Gross spoke positively of the event.

“I think this talk was important to have on campus since it helps us understand the various beliefs that are shaping our foreign policies and the lives of millions in the world,” Gross said. “This talk will also stimulate discussion on our campus, which can be used to understand the fundamental differences among groups in the world, which in turn can lead to creative political solutions in the future.”

“I really appreciate that Reza [Aslan] was able to clear up misconceptions I had about how religious zealotry operates in the Middle East. As a [political science] major, I think it’s important to understand the strategic and operational activities of fundamentalist groups in order to realize a pluralist society. [Aslan’s] insights into the difference between Islamists and Jihadists go a long way toward achieving that end,” Gomes said.