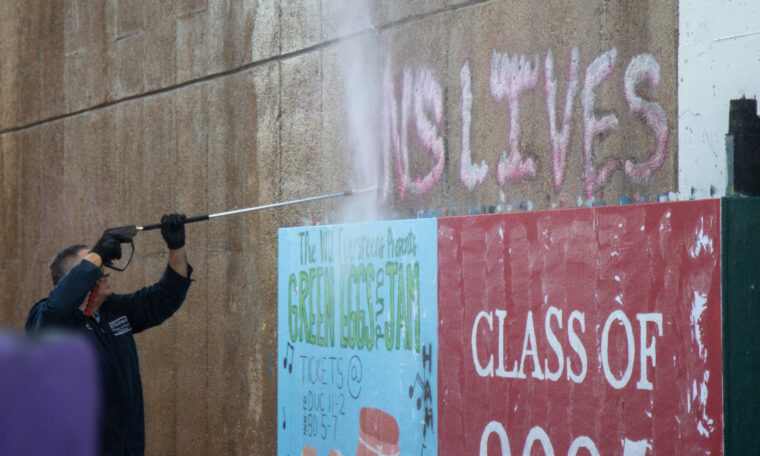 Spray-painted graffiti near the South 40 criticized Student Union (SU) for SU Treasury’s vote to bring in a conservative speaker, who many view as anti-trans, to speak on campus, Dec. 5. Additional trans-affirming graffiti and a wall of flyers recognizing deceased trans people of color were put up around the South 40 underpass.

The graffiti included the comments: “All of SU is guilty,” “Speak up against SU,” and “Protect Black trans lives.” The University removed the graffiti by Tuesday afternoon. 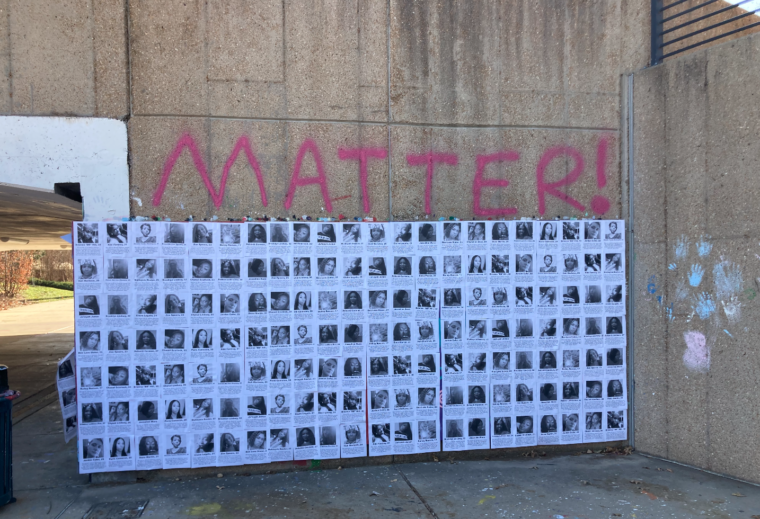 This demonstration followed Treasury’s approval of over 11 thousand dollars in funds for PragerU influencer Amala Ekpunobi to speak on campus at an event hosted by the WU College Republicans.

“I am not aware that anyone has been identified as the individual or individuals responsible for this,” Rob Wild, Associate Vice Chancellor for Student Affairs, wrote in statement to Student Life, Dec. 6.  “If we were to determine that a student or students were responsible for not following University policy in painting the underpass, there would likely be consequences for those students for not following our underpass guidelines.” 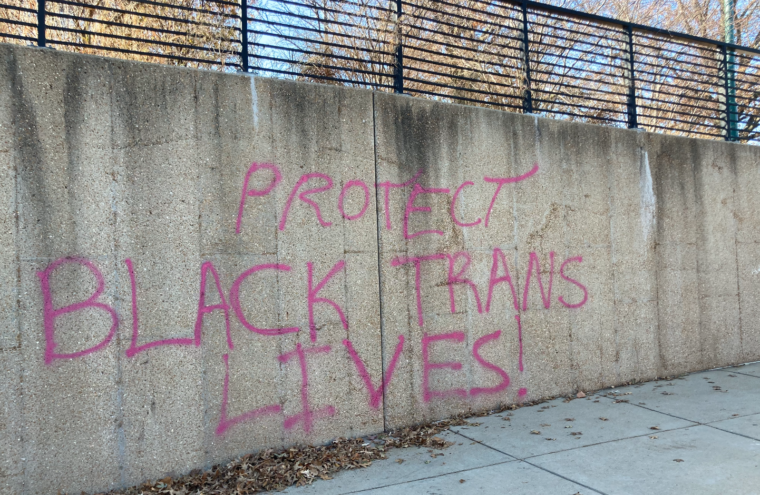 Many students were angered by Student Union’s decision to fund Ekpunobi’s visit. In an Instagram post from the WU College Democrats, Ekpunobi was labeled as “transphobic, racist, and misogynistic.”

Freshman Oliver Tramel, who identifies as trans, was in support of the anti-SU rhetoric of the demonstration, but had difficulty supporting the way the dissent was carried out.

He said that viewing posters of people who were killed or hurt for being trans was difficult for him to see. “That’s a scary thought because that’s me.”

However, Tramel added that the spray paint did allow him to feel seen. He said that a better idea would have been to reserve a space on the underpass so that the message would not be taken down by the University.

Tramel also stated his support for the graffiti comments that called out the entirety of SU in a negative light. 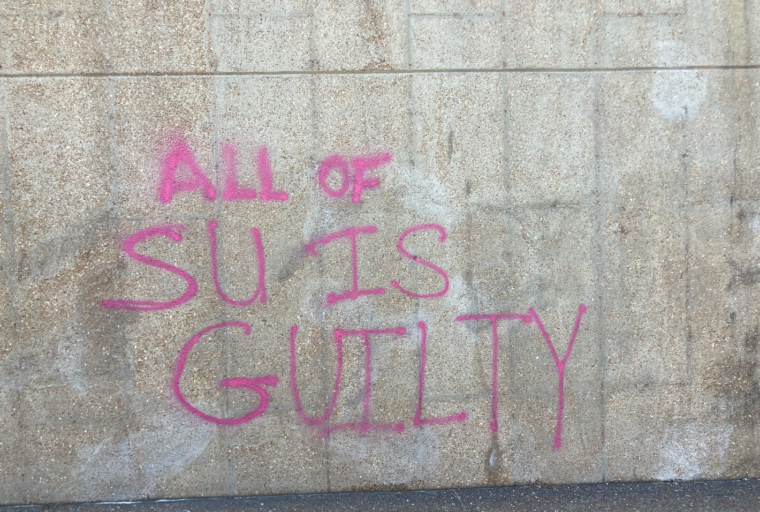 “The best thing to do to [bring attention to the Ekpunobi controversy] is to say that everyone in Student Union is guilty,” he said.

Miriam Silberman, the President of SU, sent Student Life a statement on behalf of of SU’s executive board.

“In response to the graffiti on the underpass: Whether or not an SU member had a voice or a hand in funding the speaker, ALL of SU was elected under the united purpose of betterment and opportunity for the student body,” she wrote.

“We will not police the opinions of our fellow students, and it is clear an action of one of our bodies has caused harm on campus,” Silberman said. “We are sorry for this harm and are having internal discussions and reviews that we intend to lead to greater, long lasting change so SU as an institution can be an active bringer of positive, antiracist, pro-LGBT+ change.”

The Solidarity Showcase, an event protesting Ekpunobi’s visit, was held on Saturday, Dec. 3, in Hillman Hall, featuring student speakers and performers from over 20 campus organizations.

However, Ekpunobi postponed her visit earlier that day, because she told the College Republicans she was sick.

“The idea behind the showcase was to essentially gain the support of a wide variety of student groups on campus to show our support for marginalized communities, especially the trans community in light of the transphobic speaker that SU funded,” Sophomore and SU Treasurer Saish Satyal, who performed at the event as a part of the Stand Up Comedy Club and voted against funding the speaker, said.

Sophomore Leah Karush, who attended the showcase, was “mortified” that the SU Treasury voted to use student funds to give Ekpunobi a platform.

“I like to think of WashU as an accepting, progressive student body, and seeing that belief be directly contradicted was disappointing,” she said.

A sophomore, who chose to remain anonymous, performed slam poetry about their personal experiences with the University guidelines in regards to sexual assault.

“I spoke directly from my experience with [the Title IX process] and talked a lot about the dehumanization, and the way that the university, in this case, treats its students more as a part of a business than they do as people,” they said.

The slam-poet also expressed how the event created a community in which people of marginalized identities could freely share their experiences.

“The intent of the event was to be a separate space for people to go and protest and show how they’re really not okay with [Ekpunobi],” they said.

Editor’s Note: This article was updated to include a statement from SU following its original publication.