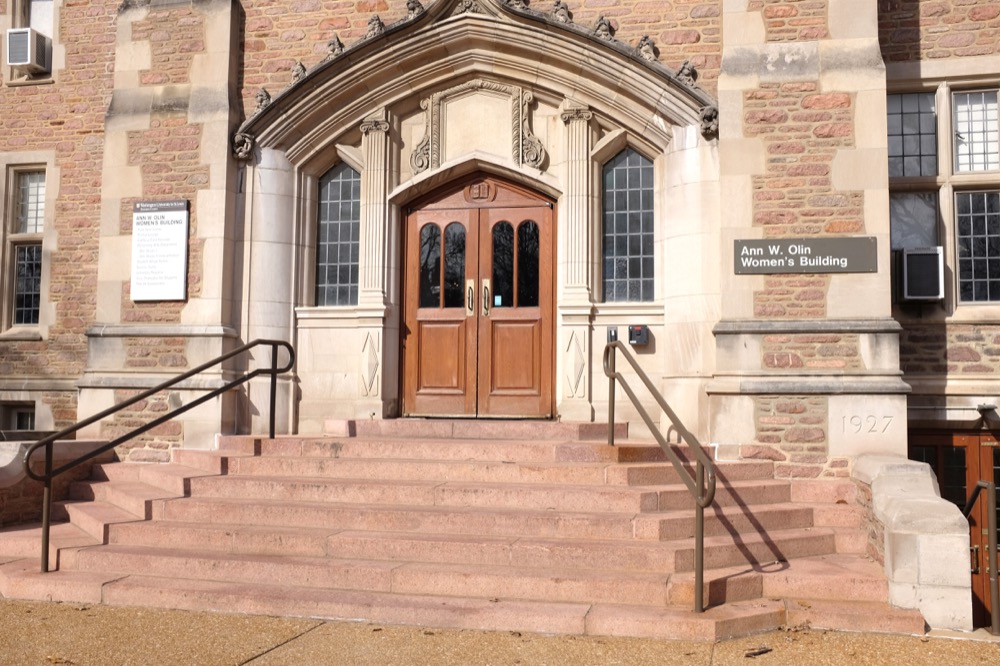 Suites for Delta Gamma and other WU sororities are located in the Ann W. Olin Women’s Building (Student Life Archive)

While Assistant Director for Sorority and Fraternity Life James McLendon said that there was not a singular reason behind the decision, he cited the Abolish Greek Life movement, COVID-19 and older members of the chapter graduating as factors that contributed to the national organization’s choice to remove the charter.

The Abolish Greek Life movement’s Instagram page first publicized the decision in a post Feb. 4, centering their movement as core motivation behind Delta Gamma’s fate. The post said that the national organization “voted unanimously to withdraw the charter of the Alpha Epsilon Chapter at WashU, citing AGL and campus pressure as a reason for discontinuing and closing the chapter immediately.”

In Campus Life-reported statistics for the spring of 2021, Delta Gamma had seven active members and gained nine new members. Two years earlier, in spring of 2019, the chapter had reported 142 people in membership and 47 new members. Delta Gamma is not the first chapter to leave campus in recent years, as the Pi Beta Phi and Alpha Omicron Pi sororities voted to disband and leave campus during the 2020-2021 academic year.

Still, though other Greek organizations have faced similar issues, Delta Gamma was the only one to have its charter withdrawn this year.

“Even our groups that have been hit the worst have really gotten into a groove this past year and avoided a situation like that,” McLendon said. “So I don’t see any other groups going through this at the moment.”

According to McLendon, the decision was made in early to mid-January 2022, but the review process started a few months earlier, in November 2021. Campus Life, as well as the Women’s Panhellenic Association (WPA) advocated on behalf of Delta Gamma, to “be able to hopefully get the national organization to see that there was something to work with here and that we could do some good things with them,” McLendon said. However, the advocacy efforts were ultimately unsuccessful.

According to McLendon, the national decision will stand for the foreseeable future. “In the short-term, yes, it is permanent,” he said. “There can always be discussions about re-chartering down the line but as of right now that is a permanent decision for the time-being on [the national organization’s] behalf.” McLendon said the University would have to approve any re-chartering effort and that “We’re not really entertaining any type of expansion for the next handful of years.”

As sorority rush for the remaining six organizations continues this weekend, members of the Delta Gamma chapter are unable to immediately join another chapter.

“They have been initiated and have [Delta Gamma] membership,” McLendon said. “There’s a process they could go through on that end to be released from the national organization if they choose to.”

Editor’s Note: Greek Life membership data for the visualization in this story comes from the Washington University in St. Louis Fraternity and Sorority Life Academic Report compiled by Campus Life each semester. There are some discrepancies in the terminology Campus Life has used to track membership data over recent semesters, so Student Life reached out to administrators for clarification. The administrators said that since the Campus Life staff who worked with the older reports have left the University, they were not able to clarify report terminology prior to the 2020-2021 academic year. For transparency, here’s how we calculated the total membership numbers: