Tensions heat up over Greek Life as spring recruitment kicks off 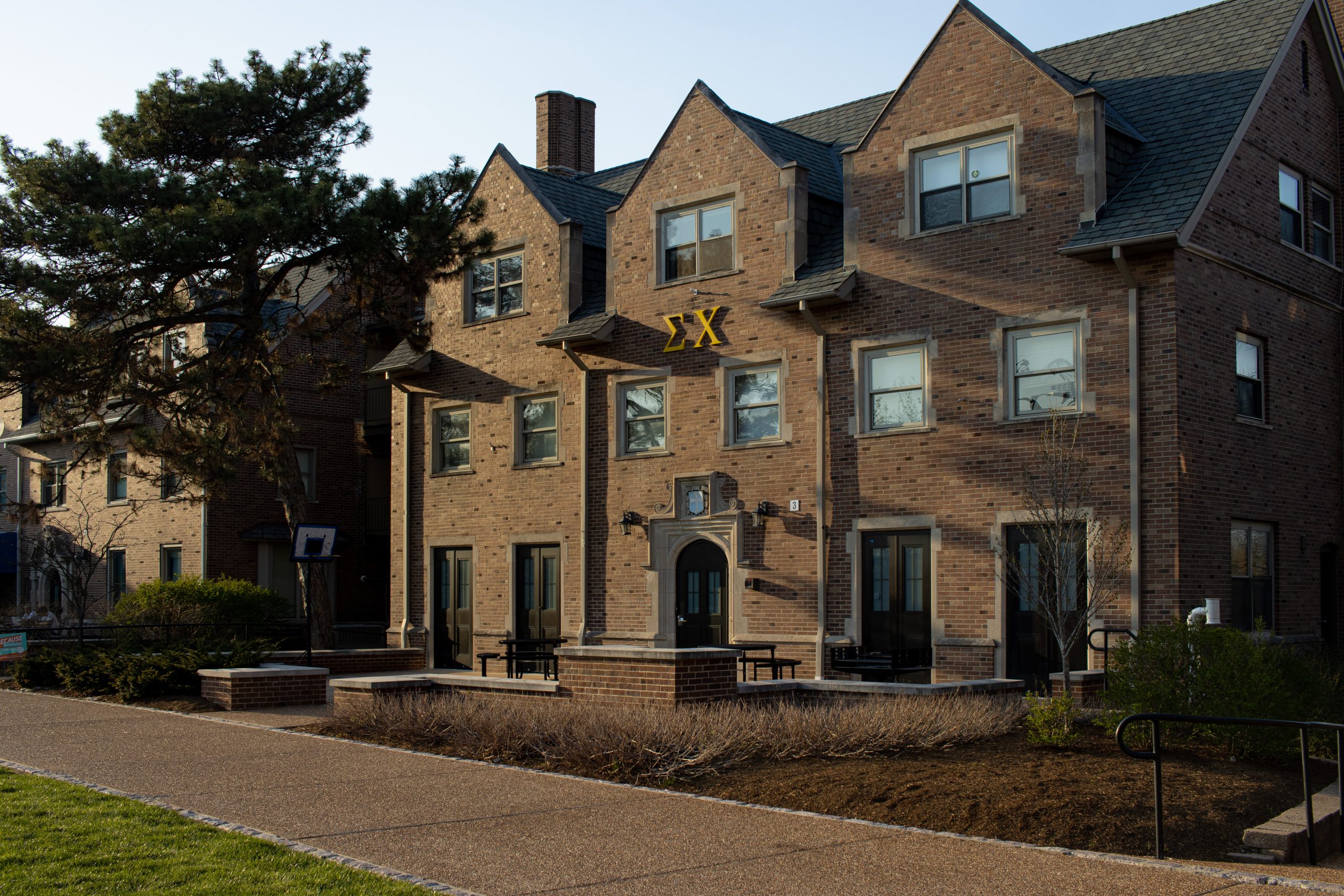 The status of Greek Life at Washington University is once again in the spotlight this week, with tensions high ahead of Friday’s beginning to spring recruitment.

According to the Women’s Panhellenic Association (WPA) and the Interfraternity Council (IFC), as of Jan. 24, 530 individuals have filled out this spring’s Greek Life interest form, nearly double the total of 300 new members who joined WPA and IFC organizations last spring.

Many students have called for the abolition of WPA and IFC organizations since the summer of 2020, when a wave of public accounts of racism, sexism, classism and other forms of exclusion within the Greek system prompted over 50% of members to deactivate. Since then, certain organizations such as Pi Beta Phi and Alpha Omicron Pi have disbanded and the Beta Theta Pi house was converted to transfer student housing. However, overall membership has gradually ticked up since the initial wave of deactivations.

SU President Ranen Miao and the SU executive council sent a Jan. 21 email to the freshman class entitled “Don’t Rush IFC/WPA Greek Life,” prompting backlash. While Student Union has generally been in favor of abolition, passing a resolution for the dehousing of fraternities in the fall of 2020, some members have pushed back against the organization’s official position.

In an email to freshmen Jan. 24 and in an Instagram post, the IFC and WPA leadership characterized the SU email as “provocative,” while some SU legislators argued the email did not reflect the views of SU as a whole. Individual SU members declined to comment to Student Life.

Discourse surrounding Greek Life on social media has also escalated, with the Instagram account @wustlofficial, which often posts content critical of the University, including a racist characterization of WPA president sophomore Camilla Maionica in a Jan. 21. post. For Maionica, this post represented a trend of increasingly polarized online debate among students.

“I knew that WPA could get attacked, but I didn’t think they would bring in my race and my identity, something that I talk so much about and matters so much to me,” she said. “They kind of tokenized me in the post and spotlighted me in a way that I did not want to be spotlighted.”

The next few weeks will be a crucial period for groups on all sides of the Greek Life debate.

For the Abolish Greek Life movement, this spring represents an opportunity to pick up momentum and push back against the small rebound in membership that some Greek organizations have experienced.

“In order to combat membership numbers this year, we are working hard on first-year outreach as a movement and in close collaboration with SU,” AGL leadership wrote in a group statement to Student Life. “However, the goals and priorities of AGL are the same, no matter how many Greek Life members there are today or tomorrow.”

In addition to highlighting the negative elements of Greek Life, AGL and SU are making efforts to build alternative social organizations at the University, one of which, the Women and Non-Binary Multicultural Organization, launched last year.

“It is clear that Greek Life continues to exist on campus because WashU students want an opportunity to find community and a social outlet,” AGL leaders wrote. “AGL acknowledges this need for socializing, but does not see Greek Life as a system to fill this need.”

For many Greek organizations, meanwhile, spring recruitment is a chance for them to showcase reforms aimed at making the system more diverse and equitable while also rebuilding depleted membership. Maionica told Student Life that WPA and IFC leadership sees these reforms as essential to restoring trust among the student body and making sure that fraternities and sororities have a future on campus.

“I’m not saying this is easy,” Maionica said. “I’m not saying that I can just say ‘Hey, WPA mandates this,’ and every chapter will do it. But what I am saying is that there [are leaders] here in the forefront, and I know it’s the same with [IFC President] Adam [Marcus], that are willing to spend days and hours to make that change happen, because I want any other person to feel the same safety net that I did [as a sorority member].”

Some reforms include new scholarship and endowment funds, mandatory inclusive training workshops for all members, the addition of a diversity, equity and inclusion (DEI) chair to each organization’s chapter council and a calendar for cultural events that represent the identities of different sorority and fraternity members. During rush, all participants will be required to display their pronouns in their Zoom names, and Potential New Members (PNMs) will be able to give feedback through an anonymous survey after each day.

Maionica also said that a confidential reporting survey will aim to ensure accountability for members who experience discrimination or harm within their organizations.

“We are making every effort to make sure that [members] know that they are supported and this is highly confidential, and this will not be looked at by their sorority or fraternity if they don’t want to,” Maionica said. “Even with WPA, the survey will have the option of going straight to the [Campus Life] advisors, so students can be very honest.”

AGL leadership has dismissed such reforms as “performative” and “ineffective,” arguing that abolition is the only way forward.

“The emphasis placed on these reforms takes the focus away from the harms still present in our community – the superspreader fraternity parties, the continued interpersonal violence and insignificant ‘scholarships’ that give the pretense of economic equity when in reality, it’s not enough to cover all financial burdens associated with Greek Life,” their statement to Student Life read. “A calendar, bylaw or ‘programming’ won’t fix these harms, but abolition will.”

The omicron variant has further complicated the rush process, pushing the start date back to Feb. 4, since, under the spring plan, many students were away from campus during the first two weeks of the semester. Maionica said that even with the later start date, certain rush events like the PNM welcome and open houses will still take place on Zoom, and that the maximum size for an in-person event would be around 30 people.

“The days that we have kept in person… are smaller groups, everyone will be wearing a mask, and they will still be mostly outdoors depending on the weather,” she said. “If for some reason you can’t continue those last few days in person, we will have a virtual option for students as well.”

According to the University’s guidelines for registered student groups that host social events, no food or drink will be served at rush events, Maionica said.

“Rush has historically been made up of large group gatherings in small rooms/spaces, and many rush events have served food and drinks (frats have even served alcoholic drinks to their underage rushees),” AGL leaders wrote. “Due to rush events resembling ‘party’ environments,” AGL expressed concerns with in-person rush becoming “a COVID superspreader event across campus.”

AGL and the organization @whyidroppedwashu hosted a Zoom panel Wednesday night with speakers including former fraternity and sorority members discussing the negative and harmful elements of Greek Life, while highlighting other ways to find community on campus.

Editor’s Note: We have updated this story as of 11:40 p.m. on Tuesday, Feb. 8 to include data visualizations of Greek Life membership since Spring 2017. Membership data for these visualizations comes from the Washington University in St. Louis Fraternity and Sorority Life Academic Report compiled by Campus Life each semester. There are some discrepancies in the terminology Campus Life has used to track membership data over recent semesters, so Student Life reached out to administrators for clarification. The administrators said that since the Campus Life staff who worked with the older reports have left the University, they were not able to clarify report terminology prior to the 2020-2021 academic year. For transparency, here’s how we calculated the total membership numbers: