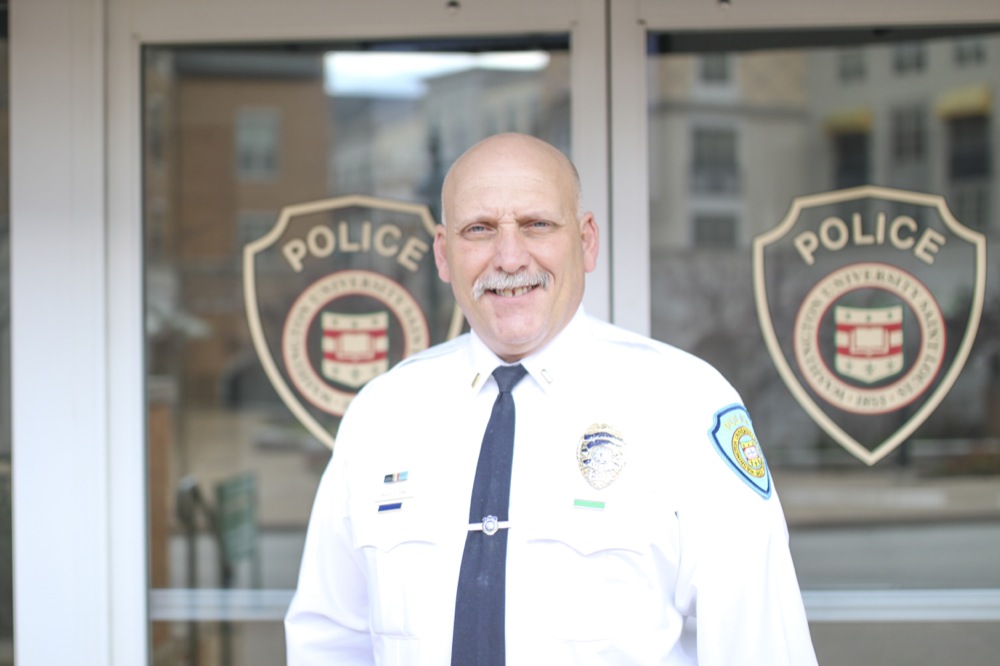 Glenn, who has worked for WUPD since 2001 and led the force since 2016, will take over as the police chief in his hometown of Pevely, Missouri. WUPD Captain and Bureau Commander Dave Goodwin will be the interim WUPD chief while the University searches for a permanent replacement.

“I’ve always wanted to finish my career at home,” Glenn said in an interview with Student Life. Still, he added, the decision to leave has been a struggle. “I’ve had so many good times at the University that knowing that is coming to an end is a little sad for me.”

Glenn took over as interim police chief when Don Strom stepped down from the position in December 2015. The department grew from 55 members when he took over in a permanent capacity the following May to 66 full-time personnel today and received international accreditation in 2018.

In the retirement announcement, administrators praised Glenn for his leadership and character.

“Mark Glenn is an experienced and thoughtful leader who has been a tremendous asset to Washington University during his time here,” Executive Vice Chancellor for Administration and Chief Administrative Officer Shantay Bolton told The Source. “He has earned the trust of our university community and is widely regarded as a person of great integrity. We will miss him and wish him all the best in his next chapter.”

Glenn said that he and Bolton, who oversees public safety for the University, had begun discussing the departure “two months ago.” He said he had given Bolton more than 30 days of notice before his last day and that having a member of the department in the interim role would make for an easier transition.

“With having an interim in-house with Captain Goodwin, the transition isn’t that long,” Glenn said. “He brings a real care for the community as well as the department and is focused on ensuring that our team models our core values and provides quality service.”

Glenn said that he would remain with the University through WUPD’s first re-accreditation process, which will take place the first week of November, and that he has time off from his new role soon after so that he could come in to help or consult if need be.

He said that “personnel issues” in the Pevely police department in recent years had contributed to his decision to leave. “I don’t think I would have considered retiring and going to another department. It was never an option for me, but the chance to go home and help your hometown was a real draw for me,” he said.

A previous Pevely police chief, Al Eickhoff, left the department earlier this year in what the Pevely mayor called a retirement but Eickoff said was a forced removal, KSDK reported this week. Glenn said he was “not privy” to details about the story but knew the town had gone through many police chiefs recently “in a short amount of time.”

“I wanted to go back and take the things that I’ve learned over the years — this community style policing where we focus on the community and that’s our main focus — and work with the team there to help stabilize the department and refocus their patrolling efforts to community,” Glenn said. “I just want to help the community that I live in and that I will probably live in for the rest of my life.”

Student Life plans to publish a more thorough look at Chief Glenn’s time leading WUPD in the coming weeks. If you would like to provide information for the story, you can email [email protected] or fill out our pitches and tips form.