Students, faculty and friends reflect on Danforth’s life and legacy at memorial service 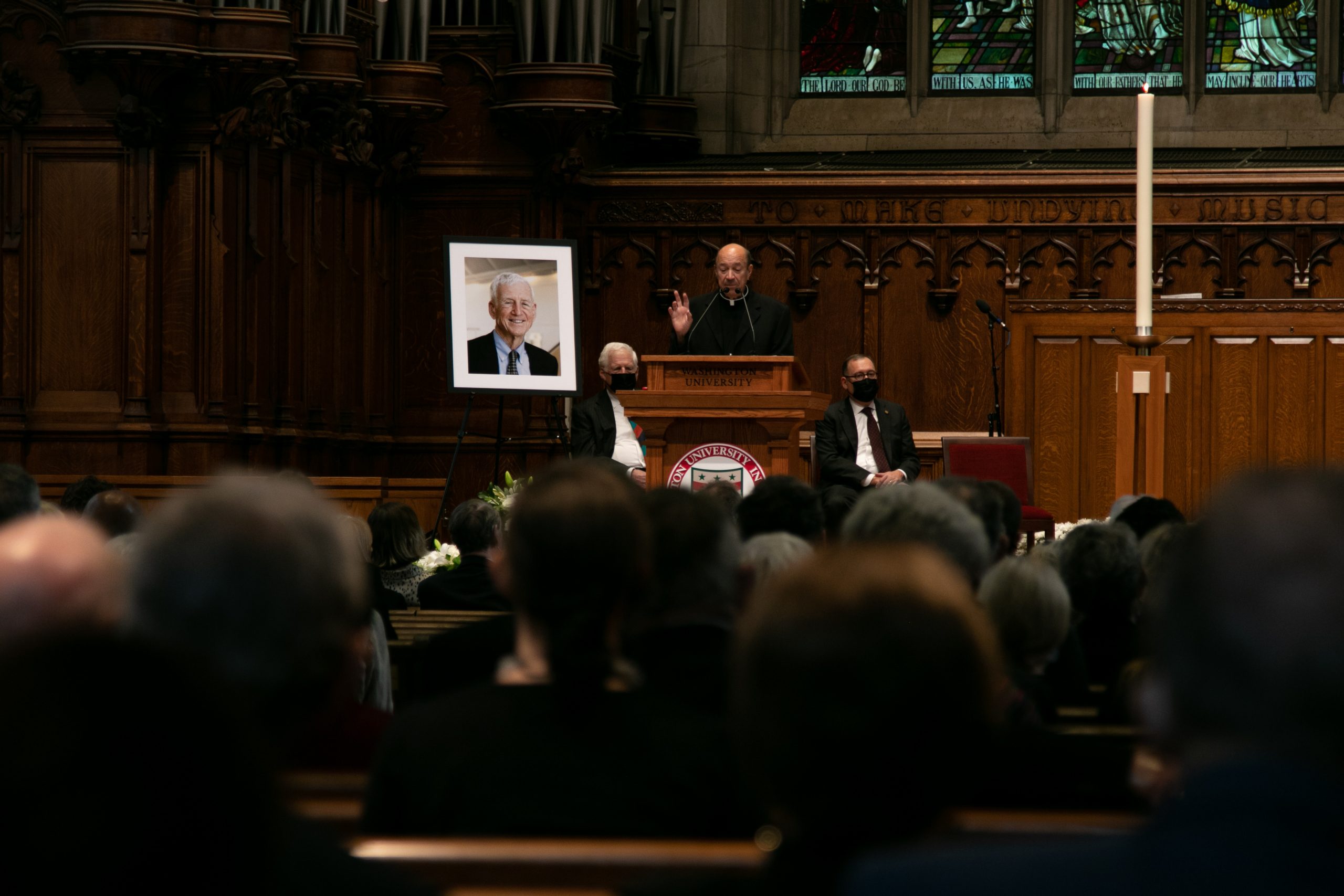 “Under his wise administration, WashU grew from a well-regarded commuter campus to a world-renowned leader in education [and] research,” Chancellor Andrew Martin said at the service.

Under Danforth’s leadership as chancellor, Washington University first achieved its status as a nationally recognized and renowned institution: it broke into the top 25 universities in the U.S. News & World Report’s “Best National Universities” ranking, beginning an upward trajectory towards its current position of  14th. Putting Washington University on the map also helped attract higher numbers of bright students to the University.

The “number of applications doubled in [the] last decade of his chancellorship, numbering 9,300 in 1995. In 1994, 88% of freshmen ranked in the top 20% of their high school classes,” according to a statement published by the University. 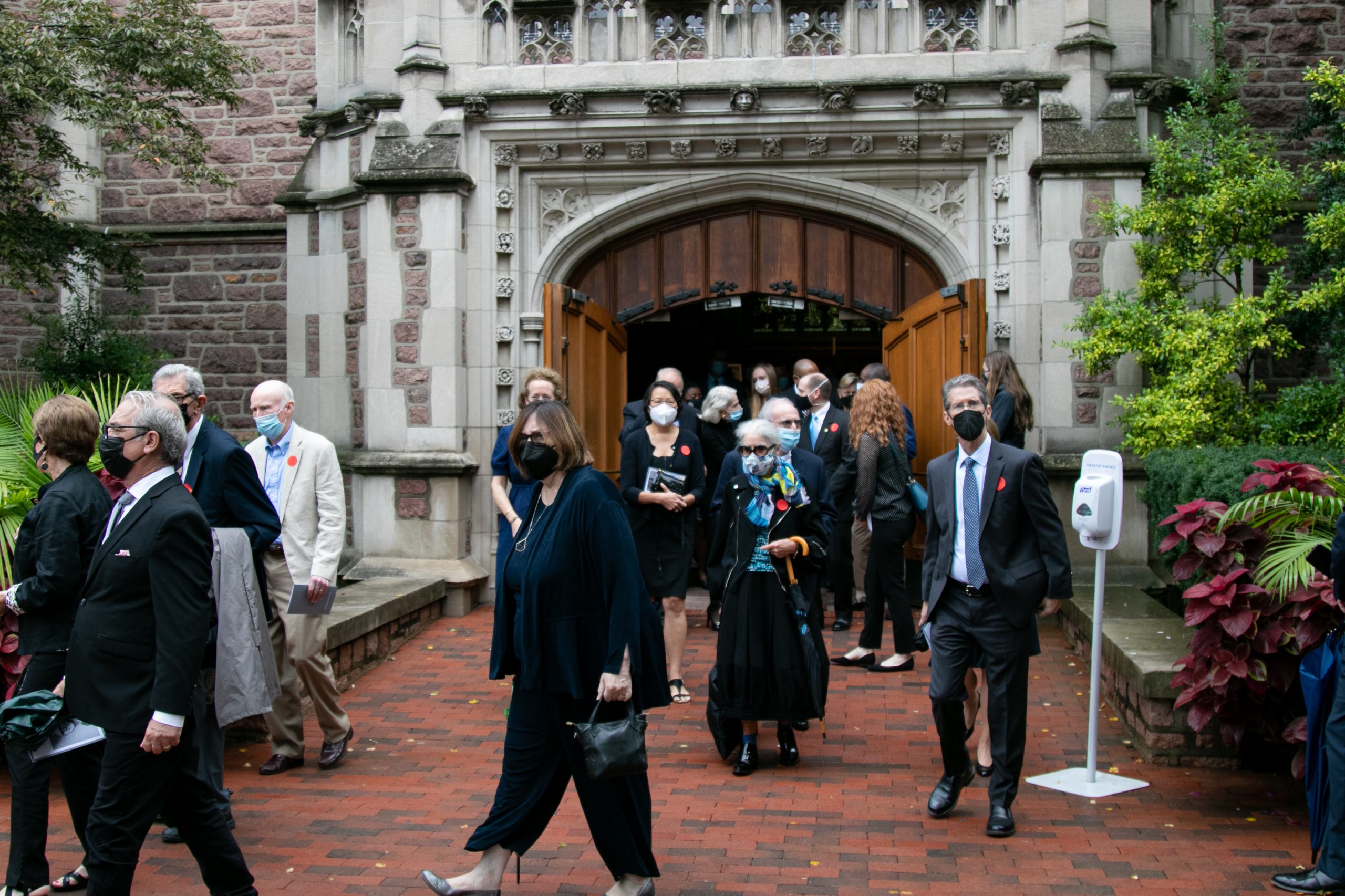 One of Danforth’s most influential actions was his work on the University’s endowment. From 1971 to 1995, the “endowment increased from $147.4 million to $1.72 billion, to become the nation’s seventh largest” institutional endowment. Today, the endowment pool stands at $15.3 billion.

Danforth is particularly remembered as being a proud and devoted St. Louisan. As the University grew in its prestige, Danforth made an effort to maintain its commitment to the region.

“Dr. Danforth astutely recognized that St. Louis needs WashU and that WashU needs St. Louis,” Martin said. “For one to be healthy, the other must also thrive. [Danforth] served this city by serving this institution.”

Danforth worked hard to improve the academics at the University, revamping facilities, hiring faculty and increasing research output and funding under his tenure. While he was chancellor, University faculty members won 11 Nobel Prizes and two Pulitzer Prizes.

A statement published by the University detailed that under Danforth’s tenure, the University built, expanded or acquired 34 new facilities including buildings for the psychology department and the law school. It also established over 80 chaired or endowed professorships.

The service, which was held at Graham Chapel and also live streamed and broadcasted in Brookings Quadrangle and Edison Theatre, was led by Reverend Gary Braun, director of the Catholic Student Center, and Chancellor Martin.

Many alumni, former professors and former deans were called upon to offer their reflections on the life and impact of Danforth. Notably, Danforth’s brother, John Danforth, a former U.S. Senator for Missouri, was present at the memorial.

“Everyone can be nice, but not everyone can be kind,” Jennifer read from her poem. “It is kindness I have found among the Danforth Scholars.”

Both Angstreich and Jennifer are members of the University’s Danforth Scholars Program. The scholarship program is named in honor of William Danforth and his late wife Elizabeth Danforth and is “funded by friends of the Danforths.”

“The Danforth community has made me feel loved every day of my college career, and I see that not only as a privilege but a gift from Dr. Danforth himself,” Jennifer read.

Bill was by far the very best boss I ever had,” Richard Walter, professor emeritus in the history department, said in a statement. “While we didn’t always agree, he never failed to treat me with the utmost respect.”

“He leaves a legacy that will be hard to match and will be sorely missed by all the many whose lives he touched,” Walter said.

A recording of the service is available to watch on the William H. Danforth Tribute website.

More news about the WashU administration: