Michael McLaughlin, an accounting lecturer known for his unconventional teaching methods and strong bonds with his students, will leave Washington University for Illinois Wesleyan University next year. 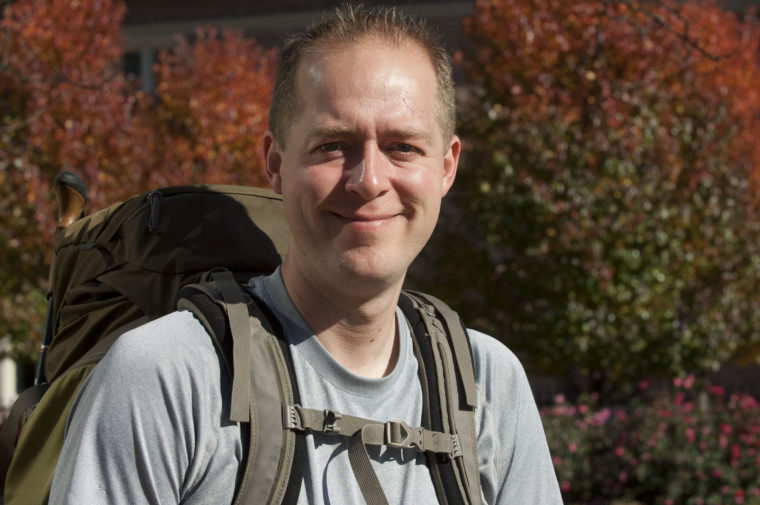 Courtesy of The Source

Due to the COVID-19 hiring freeze, the University did not initially extend his contract, causing McLaughlin to seek employment elsewhere.

“When I was on the verge of receiving an offer from Illinois Wesleyan University (IWU), Wash. U. approached me about staying,” McLaughlin said. “But at that point I felt it would not be right to turn down IWU, which offered me the contract I had been seeking. My new position is also tenure-track, which offers additional stability.”

McLaughlin joined the University as a lecturer in 2015, but most students first heard his name last fall, when his decision to treat his Principles of Managerial Accounting class to a juggling performance went viral, gathering over 800,000 views on the popular Instagram account 5thyear. However, using unconventional methods to keep his students entertained was already a specialty of McLaughlin’s.

“From my vantage point, [inviting the jugglers] really wasn’t anything new,” McLaughlin said. “I’ve been doing stuff like that since I began teaching, particularly undergrads. When I first started teaching, I did things like play music at the start of class, I would bring pizza to class, I’d take students out. We go to dinner at Fitz’s and get root beer floats. I’d have students over my home for dinner every Thursday night. I took students camping…it was just for whatever reason that particular thing ended up taking off.”

For McLaughlin, who continued to host fun events including a magic show and a burrito-eating contest in the months following, an element of fun has always been integral to his teaching strategy.

“I think it’s naive for anyone, particularly an accounting professor, to assume that you can just talk for 75 minutes straight about accounting or any subject and you would just have people’s undivided attention,” McLaughlin said. “I don’t know everything about being a great speaker or presenter or teacher, but I do know that you should never take for granted that the audience will be listening simply because you are speaking.”

For McLaughlin’s student junior Emma Storer, his engagement with students outside the classroom set him apart from her other professors.

“He puts his heart into being present. You could find him at sports games cheering on students, in [Bear’s Den], where few professors brave stepping foot, hosting office hours or at your student group event,” Storer said. “A few times he came to support the events I planned on SPB [Social Programming Board], ones I had only brought up in passing. It takes one mention of something that is important to you, and McLaughlin is there to help and see you succeed.”

When the COVID-19 pandemic hit, McLaughlin offered internships to all of his students whose internships were canceled, and even created resources to help students find temporary housing in the immediate aftermath of the University’s decision to shut down residential life housing for most students.

“Once the spring semester was moved online, he made his best effort to make us happy in a time of global despair…” Junior John Maskalunas, one of McLaughlin’s students, wrote. “McLaughlin always managed to make me forget about the chaos COVID had caused and put a smile on my face.”

Edspira, McLaughlin’s online learning company, has also allowed him to expand his impact beyond Washington University. With over 165,000 subscribers, Edspira’s YouTube channel hosts Khan Academy-style videos which teach accounting, economics and even some personal finance.

“I’ve received a phenomenal education and I want to share that with other people…Well, one way [to do that] is just to give the knowledge away, so that’s what the YouTube videos are,” McLaughlin said. “I never ran any ads on them until this past April when I agreed to hire all my current or former students who couldn’t find an internship.”

In addition to Edspira, McLaughlin also hosts a podcast called Scheme, which dissects major historical cases of accounting fraud, and recently has been experimenting with TikTok as a platform for online learning. After his Washington University contract ended, McLaughlin considered going all in with online education, but ended up choosing IWU because they saw his online work as a major selling point and promised to help him develop a bigger platform.

“The thing about Wesleyan is they’re very supportive of these things I’m doing [like] the YouTube channel, the podcasts, etc.,” he said. “Wash. U. never told me not to do this stuff, but…it was just kind of seen as something I did on my side and wasn’t really taken seriously.”

Still, despite the opportunities and stability offered by a tenure-track position at IWU, McLaughlin regrets leaving his students at Washington University.

“This was an absolutely heartbreaking decision for me,” McLaughlin said. “I can’t even begin to say how much I love my students at Wash. U., so the thought of leaving for another university was devastating. It still hurts. But IWU offered me the security and support I was looking for, and I’m very excited to begin teaching there.”

Despite his approaching departure, McLaughlin did not rule out a potential return to Washington University in the future.

“Who knows, maybe Wash. U. will ask me to return some day,” he said. “For right now, I’m focused on making these last 6 months as memorable as possible for my students at Wash. U. They deserve nothing less, after all the great memories they gave me.”