‘We keep us safe’: Black WU students raise over $5,000 for mutual aid fund

A mutual aid fund run by and for Black students at Washington University has raised over $5,000 to alleviate financial pressures exacerbated by the pandemic.

Following the announcement of the “WashU Together” plan on July 31, which left many upperclassmen suddenly facing a lack of housing security for the fall, sophomore Aaliyah Allen-Coleman organized a group of fellow Black students to create the Black Student Mutual Aid Fund (BSMAF).

“We thought thought it was important to have some money stashed away in case things got difficult for Black students, so that they wouldn’t be faced with either homelessness or not having food, or—even if they got COVID—bills so that they could focus on school,” Allen-Coleman said.

Allen-Coleman was joined by junior Jordan Coley, junior Jayla Butler and three other anonymous founders of the mutual aid fund. The team of six received $2,200 after just one day of campaigning on the mutual aid fund’s Instagram page (@blackstudentmutualaidfund). As of Sept. 16, the BSMAF has collected over $5,000 to help finance Black students’ most pressing concerns—rent and utilities, groceries, school supplies, computers, healthcare, transportation and textbooks—as they expressed in a student-needs survey conducted by the fund. 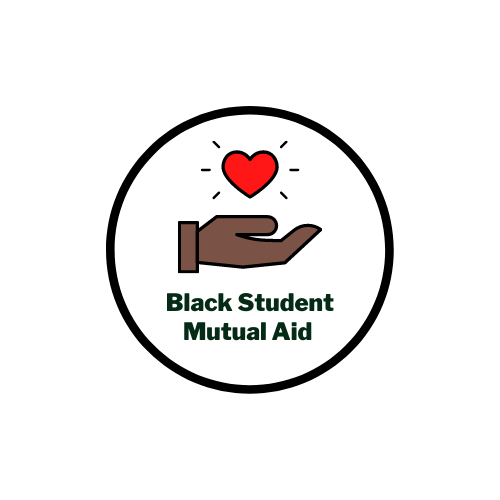 “It was important to me personally that this was a Black student mutual aid because that meant that I knew that Black students who are in vulnerable positions were being taken care of [and] they were the priority,” Allen-Coleman said. “Because as a minority on campus, and as a minority in general, a lot of times our needs aren’t met and [are] not put at the forefront.”

The Free African Society, one of the first mutual aid funds in the United States, was formed in 1787 to provide aid to newly freed Black people so that they could gather strength and develop leaders in their community. Since then, many communities of color, immigrants and activists have used mutual aid funds to look out for one another. In recent months, dozens of new funds have popped up across the nation as communities seek to care for their own during the pandemic.

“I think that it’s an acknowledgement of the importance of community care and a spirit of collectivism that I don’t think has been super prominent on college campuses,” sophomore Kennedy Morganfield said. “I also think it’s coming to terms with the fact the University’s or other institutions’ responses to events like this will not be sufficient.”

Mutual aid funds have played an especially critical role in supporting activists of the Black Lives Matter movement. Abolitionists, or people who seek to abolish capital punishment, policing, the prison-industrial complex and slavery, in particular, have promoted the message, “We keep us safe,” redefining safety to mean depending on one’s community rather than the police or government institutions.

“Definitely at Wash. U., especially in the Black community, we do keep each other safe,” Allen-Coleman said. “We do take each other under our wing…For people who want that, that space is always there for them, and even though most of us don’t necessarily have access to much and we don’t have all the answers to everything, we try and come together as much as we can and make sure that everyone’s supported.”

Adrienne Davis, vice provost of faculty affairs & diversity and the founding director of the Center for the Study of Race, Ethnicity & Equity, said that she was “touched and inspired” that Allen-Coleman, Butler, Coley and their teammates took such initiative to serve their community.

“That said, it raises for me a whole set of questions about what…gaps we weren’t filling institutionally that gives rise to this need,” said Davis. “As an institution…we really try to pride ourselves on ensuring that all of our students have what they need to be not only academically successful, but to live thriving lives where food, housing and security are not something they have to really deal with or address while they are here.”

The University has increased its tuition by 3.8% for the 2020-21 school year as well as increasing room and board expenses, while failing to provide any additional financial aid to students since the Crisis Response Fund for Students ended in early May.

“While Wash. U. is a home and a community, Wash. U. is also an institution, an institution whose goal is to make money,” Allen-Coleman said. “At the end of the day, they have certain bills they’re trying to pay…That’s not necessarily to pass judgement on the individual administrators of Wash. U., but to speak in general about the way capitalism works, is that it [prioritizes] profit over people at all times and…that is an inherently unsustainable existence, especially for the most marginalized.”

As the costs of attending the University gradually creep upwards in spite of the ongoing pandemic and financial crisis, many students and families face the question of whether a Washington University education, especially one that is largely remote, is worth the expense.

“I’m starting to question whether or not the education and the name of Wash. U. is enough to justify the cost, and I think a lot of people my age are also weighing that cost in their own personal lives, whether it’s deciding to take a gap year or take a semester off and work or just considering not coming back to school after this,” Morganfield said. “I think this is a really important moment for universities to assert that they have value and that they are committed to their students and their students’ pursuit of learning during this time, because I don’t think a lot of students are convinced that that is true.”

Editor’s note: Jayla Butler and Jordan Coley are editors on the Student Life staff. They were not involved in the reporting or writing of this story.