‘I just have never felt more disrespected by any employer I’ve ever worked for’: RAs face lack of information as they begin training

As the start of the fall semester nears, Washington University’s resident advisors face numerous uncertainties, from not knowing the extent of their role in the midst of the pandemic to continued tension in their relationship with the Office of Residential Life. Many RAs have chosen not to return to their positions, arguing that potential health risks, lack of effective communication from Residential Life and the threat of losing housing on short notice make the position an unfair, dangerous bargain.

Remnants of a spring clash between the RAs and Residential Life have made matters worse, as some RAs have decried the University’s response to their request for compensation as ineffective and insufficient. The University terminated 2019-20 RA contracts in March because of the COVID-19 pandemic, sending most home in a matter of days and not providing prorated refunds for food or housing. 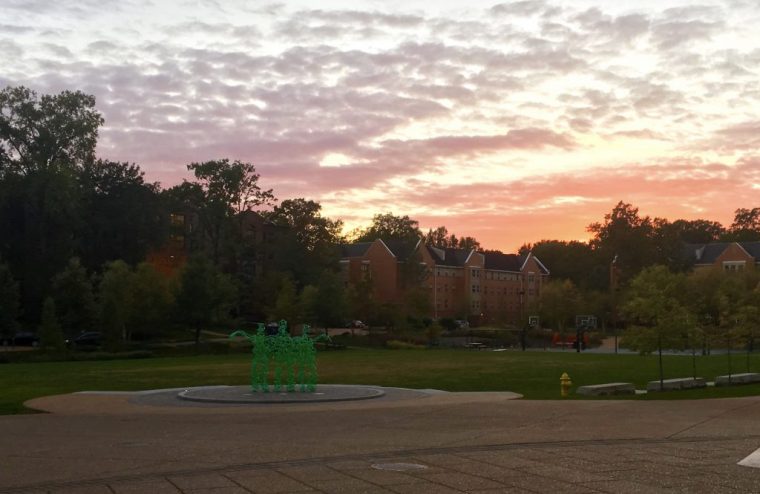 Going into RA training, which Residential Life will conduct virtually starting this week, RAs are still unsure of procedures for interacting with residents in person and of how much personal protective equipment they can expect to receive from the University.

“They’re signing onto it, but it’s not an enthusiastic yes,” senior Aja Drain, who served as an RA last year, said of her former colleagues’ attitudes toward this year’s contract. Drain chose not to return this fall. “It’s kind of like an ‘I have to [sign the contract]. I need the housing. I need a place to stay. I need a job. But I’m worried, I’m scared and I don’t know what’s going to happen.’”

Drain cited Residential Life’s inability to respond to and learn from criticism as the deciding factor to not reprise her role this year. Now, in the final weeks before an uncertain fall semester, RAs are confronting issues that go far beyond that criticism, she and other current and former RAs said.

As of Aug. 27, 20 RAs who had been offered positions in the spring have chosen not to return this fall, according to University officials. Some have decided to resign completely, while others will defer their position to the 2021-22 academic year.

Interim Dean of Students Kawanna Leggett said that students’ rationale for not returning were varied and depended on their personal circumstances. “We can say that we have fully supported students’ decision-making processes, and have reinforced that students need to make the best decision for themselves,” she and other Residential Life leadership wrote in a statement to Student Life.

A key uncertainty has stemmed from Residential Life’s lack of concrete information regarding what RAs’ fall semester will look like. Associate Director of Residential Life Molly Pierson emailed RAs with a broad overview of the plan for first-year orientation on May 27, the day the University announced the rough outline of its fall plan, but RAs received no other details of their responsibilities until July 31, the same day Chancellor Andrew Martin wrote to the full University community.

“The intricacies of how COVID-19 is transmitted [are] helping us make informed decisions as it relates to all aspects of living on campus, including what it means for you in your role as an RA,” Residential Life wrote in an email to all RAs hours after Martin’s announcement. The email did not include specifics about changes to the RA role. The attached 2020-21 contract made no mention of the pandemic, and RAs observed that a key alteration from last year’s agreement was the inclusion of a clause noting the University’s right to terminate an RA’s job at any time.

Residential Life asked RAs to sign the contract by Aug. 7, but informed RAs that they would not know of their housing placement until Aug. 14. With the University reducing on-campus housing density to 65% of its capacity, it was increasingly likely that some RAs might be reassigned to off-campus locations such as the Moonrise Hotel or Everly on the Loop.

Upon seeing the lack of specificity in the RA contract, senior Pranaya Pahwa knew he did not want to return to campus as an RA this fall. A former Washington University Student Associate, Pahwa said he had looked forward to becoming an RA to mentor younger students, but the new arrangement did not seem fair to him. He felt as if RAs were being assigned risky and nebulous COVID-19 enforcement duties without gaining any additional compensation, and he disliked that RAs would have to sign the contract without knowing where they would be stationed.

Pahwa decided to resign. “It’s not okay for them to ask us to be a part of their emergency response team unless we have the details, and it’s not like we haven’t given [the University] plenty of time to give us details,” he said. “They should have been able to tell us, at a minimum, where we were going to stay… It’s ridiculous to think that they need additional time but they’re asking us to make commitments and travel plans.”

Backlash from the University’s handling of relations with RAs in the spring compounded concerns regarding the fall, Drain, Pahwa and others said.

Following their contract termination on March 11, some RAs had organized efforts to fight for compensation, arguing in a petition that garnered more than 1600 signatures that they deserved pro-rated reimbursements for food and housing just as other students had received.

At the urging of RAs and members of Student Union, Residential Life hosted an April 30 Zoom meeting for the 2019-20 RA community. Many RAs felt that the single meeting was not enough, and that Residential Life’s suggestions of follow-up meetings did not take RA demands fully into account. There was discussion between Pierson and some RAs about more meetings in May, but those conversations fizzled out following the end of the academic year.

After serving as an RA for freshmen in Dardick House last year and being a leader of the spring advocacy efforts, senior Jada Gardner was already hesitant to return as an RA this fall, but was willing to wait to see how the University handled the pandemic in the 2020-21 contract. When Gardner saw the inclusion of the new termination clause, she said she was infuriated.

“That was kind of the last straw for me because it was very clear that after everything that happened in the spring and all of the apologies that ResLife had given over the Zoom call, they were inadequate apologies and that no lessons were learned,” she said. “It just felt like [Residential Life] didn’t care. It was a huge slap in the face.”

For Gardner, it was impossible to separate the spring and summer experiences.

“The fact that after that whole debacle occurred [Residential Life] decided that they would do the exact same thing again, knowing how it ends and now having the added knowledge of what other universities did to better protect their student employees—that was just embarrassing to me,” Gardner said. “It was just ridiculous from an institution of such high caliber and I just have never felt more disrespected by any employer I’ve ever worked for.”

Leggett acknowledged that the spring had been tough for RAs and emphasized that Residential Life’s commitment to RAs was as students first and staff second. Still, she defended Residential Life’s recent communications, focusing on the office’s transparency and response to RA concerns.

Leggett also recognized the opportunity for growth. “We intend to continue to build our relationship with the RA team in a way that honors and recognizes them as students and important members of the team,” she wrote.

Even for RAs who chose to remain in the role, the decision did not come easily.

“We didn’t have the information or time to reflect and make the decisions that we felt were best for us,” senior Denye Mickens said. Mickens served as a RA for freshmen last year in Umrath House and will be returning as an RA for freshmen living in South Forty House this fall.

Residential Life responded to more than 130 RA questions in a 20-page Question and Answer packet Aug. 6, but many reported feeling let down by the answers. Mickens said that Residential Life answered the first few questions thoroughly. After that, though, there were few new details.

“It was dodgy,” Drain said of the Q&A. “They did answer the questions—I can’t say they said nothing—but it validated no concerns. I had decided before that Q&A that I was most likely not returning, but I was going to give them a chance to explain themselves. That Q&A did not sway me in any way to want to return,” she said.

The need for proper guidelines and safety equipment for RAs has come up at several other colleges as they have opened up in-person in recent weeks. At Cornell University, RAs went on strike to protest limited compensation and no personal protective equipment. Organizers ended the strike after one day and met with Cornell administrators to discuss demands, but they have continued to advocate for RAs nationwide, hosting Zoom calls on how to support RAs. Now, RAs at the University of Iowa and University of Utah are speaking out, with some students considering strikes of their own.

Gardner was not optimistic about the prospect of a similar strike at the University. Although the idea was floated multiple times, she said, students’ desire to fight may have waned. “People are just really tired and I think, when you consider the petitions and that so much stuff happened at the end of the spring and beginning of the summer, there was so much work and there was exactly zero reward. ResLife did not budge one inch,” she said. “I think people are just tired of fighting people who don’t care and who don’t seem like they’re going to change at all. I wouldn’t hedge any bets on [a strike].”

The returning RAs will head into training looking to do their best within the system.

Junior Alice Na, who was selected this spring to serve as an RA on the South 40, is concerned about how prepared new RAs will be to handle the position. Yet, remembering the value she found in her relationship with her first-year RA, Na chose to return to campus and serve as an RA. “We’re just trying our best to be there for the residents,” she said.

In the end, Mickens’ reasons for returning also centered on a duty to her residents. For her, the year would feel empty if she was not helping younger students in the same ways she had been helped in her first couple of years at the University. Particularly at a time when students have so many stressors, she felt that RAs play an integral role in the lives of underclassmen.

“I just felt like I had to come back,” she said. “I’m not doing enough if I stay home.”