Around 300 of the 3,500 students who applied for Washington University housing this year did not receive their requested housing arrangements due to high demand for particular unit sizes. Housing groups in this predicament were asked by the Office of Residential Life to either regroup or be administratively placed in order to receive University housing in an email, Feb. 21. 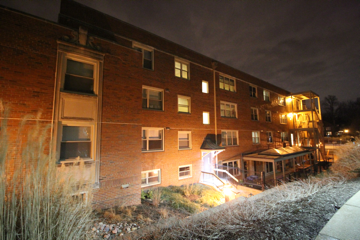 Roughly 160 students chose not to regroup and were administratively assigned to housing, while the remaining students were placed in housing that accommodated their newly structured groups.

According to Director of Housing Operations Will Andrews, one major cause of this issue was the fact that rising seniors selected many of the University’s four-person suites, meaning that many rising juniors who selected groups of four needed to either add or drop a member in order to stay together.

“Our process is that seniors get priority first when selecting apartments… meaning the on-campus apartments, specifically in Village East, were [mostly] taken up by seniors, so the [four person suites] are only in Village East and Millbrook,” Andrews said. “But the majority, if not all of those units, were taken up by seniors, which forced many of the junior groups to regroup into fives or threes.”

This was the case for sophomore Kamron Samiian, whose group of four was given the option to either add a member, drop a member or be administratively placed, which would most likely result in the group being broken up. He said that this process was made even more difficult by the fact that only students who were also asked to regroup could potentially join his housing group.

“We had to break up our group or add another kid in order to get that, [which] was alarming,” Samiian said. “They said you have a week to do it too, so it was just like you have until next Thursday to do this. And if you want to add a kid, the kid has to also be in a group that did not get confirmed.”

In the initial email sent to students, the Office of Residential Life promised students that they would be guaranteed some type of housing, which was an important commitment for students concerned with issues of safety that could potentially arise in non-University owned housing.

“We didn’t want to get stuck with non-Wash. U. housing,” Samiian said. “I want to feel safe, like it’s a Wash. U. building and feel like the University is still looking after me in a sense. I don’t want to feel like I’m just on my own in my own apartment.”

Sophomore Will Nwoke, whose housing group was also asked to regroup, also raised concerns about the Office of Residential Life’s communication.

“The main frustration was that there wasn’t enough info provided beforehand and after, people were forced to regroup,” Nwoke said. “ResLife easily could’ve told people to make more 3 and 5 person groups to make everything go smoother but instead made people scramble to make housing groups work.”

Despite these setbacks, Andrews viewed this year’s housing selection process as a success, due to the fact that only 300 people—down from 450 last year—needed to go through the regrouping process.

“We received over 3,500 applications and only email[ed] just under 300 students,” Andrews said. “Asking those student groups to regroup was I think a very small number. I think that’s less than 10%… And then, we were able to also accommodate more junior students living on the Northside suites, by ensuring that these freshmen were picking the South 40 spots as a priority and not all of the Northside Village and Lopata houses.”