The Kemper Art Museum will open three special exhibits as well as additional galleries for the museum’s permanent collection, Feb. 7. 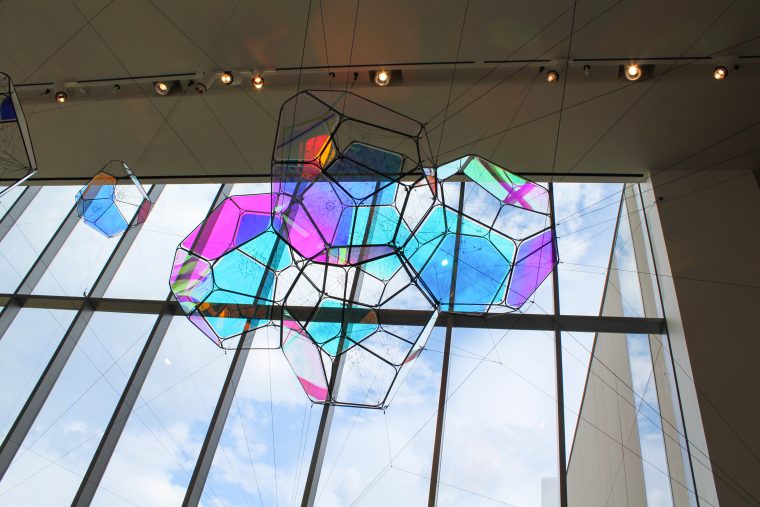 This spring will mark the Kemper’s second semester open after renovations during the East End Transformation left the museum closed for the 2018-2019 academic year.

“Truths and Reckonings” explores how art contributes to transitional justice and presents histories of racial violence and their effects on modern day society. This exhibit will be curated by Geoff Ward, associate professor of African and African-American Studies, in conjunction with his seminar class, “Monumental Anti-Racism.”

“Tomás Saraceno” includes three videos by the Argentine artist and marks the inauguration of the museum’s new video gallery. The exhibit documents the launch of Saraceno’s Aerosolar sculptures in Argentina, Bolivia and the United States.

“Multiplied” focuses on the rise of multiples (three-dimensional objects issued in editions) and kinetic art in the post-World War II era. It highlights Edition MAT, a series of multiples created by Swiss artist Daniel Spoerri and marks the first time in the United States that all three collections of Edition MAT are presented together.

Meredith Malone, associate curator of the museum and curator of “Multiplied,” hopes that the new exhibits will introduce students to a wider range of artists.

“I think this will be exposing people to artists they haven’t heard of before and the experimental practices that are happening at that time period,” Malone said. “How these artists are grappling with the sociohistorical moment in which they are living and respond to it is something that anybody can then apply to their contemporary life.”
The exhibits will run until April 19.

In addition to the spring exhibits, the museum will open new galleries showcasing more of its permanent collection. A majority of those pieces are part of a collection entitled “Works on Paper.” This collection spans two galleries on the bottom floor of the museum and includes prints, drawings and photographs from the 14th-20th centuries.

Sabine Eckmann, director and chief curator of the museum, emphasized that one of the key focuses in the curation of the new exhibits and galleries was to make sure that the pieces were diverse in artist, time period and style.

“In the new gallery, we have pieces representing Latin American, Iranian, African American and Native American culture,” Eckmann said. “The goal is to tell a much more global history than just the one centered on Western Europe and the United States.”

The museum’s expansion also allowed curators to experiment with how certain collections are presented within galleries. Some galleries are organized chronologically to showcase the progression of art across time.

“Museums are always responsible to reflect on the importance of history and [its] relation to how we understand contemporary life,” Eckmann said. “The expansion gave us the opportunity to provide a more in-depth understanding of history and a little more to contemplate what that history means to us today.”

Senior Kuu Chen is excited to see the museum expand the representation within its galleries.

“The new exhibits are interesting in that it’s not just one artist or one specific group of artists,” Chen said. “It’s also exciting to see them cover a variety of topics and mediums.”

Malone believes that these new exhibits, coupled with the museum’s recent Ai Weiwei exhibition, mark a new period of momentum for the museum.

“We recognize that we are living in a global climate and we want our exhibitions to reflect that,” Malone said. “We’re just going to continue to keep pace with more ambitious, scholarly-driven exhibitions.”