A student-organized GoFundMe raised $680 to support the daughter of Bear’s Den worker Kat Davis, who died over winter break. 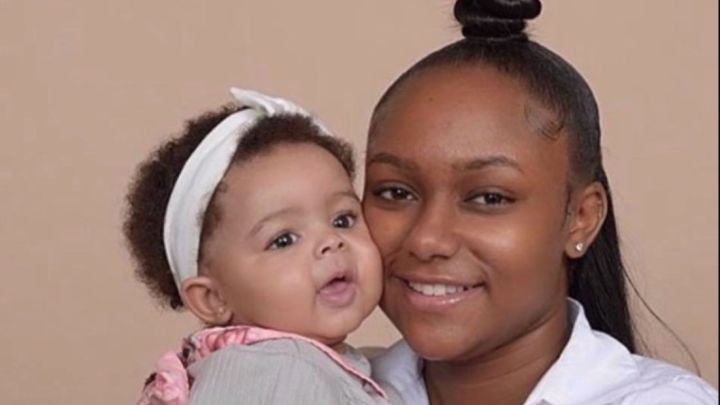 Courtesy of the Davis family

Davis, who had been working as a cashier at Paws & Go since August, died in her sleep, Jan. 1, leaving behind a nine month old daughter. Her coworkers described her as hardworking, caring, sweet and easy to open up to.

Xu, who was close to Davis and other Bear’s Den workers, heard this news over Facebook from Gill the day after Davis’s death.

“I was just pretty surprised because Kat was really young and…death is just something that I was never anticipating,” Xu said.

Gill said she was extremely shocked by the news of Davis’ death, since they had become close friends over the course of the fall semester.

Xu and Gill then had the idea to ask for support from the Washington University community through a GoFundMe. Gill helped Xu find photos of Davis and reach out to her family in order to set up the GoFundMe page.

“I was thinking about the baby, because it’s sad to know that this [baby] doesn’t have a mother now,” Gill said. “If [donors] can help out the baby, she can know she still has the support from her coworkers and the students that she got attached to.”

The page opened Jan. 10, and has raised $680 since then. Dorothy Chandler, who often worked at the desk opposite Davis’ at Paws & Go, felt heartened by the efforts of students and other donors to support Davis’s family, but was disappointed by a lack of similar support from the University.

“They could have at least done something for her, and it really hurt my heart when…I went to the funeral and I didn’t see anything from Washington University or Bon Appetit. They usually do something, but I don’t know why they didn’t do it this time,” Chandler said.

After completing the fundraiser, Xu plans to give the money to Davis’s two closest relatives, who will then decide how best to use it.

Although Xu is grateful for all the support provided by Davis’s coworkers and the students with whom she bonded, he encourages donors to continue showing support for a valued member of the Washington University community.

“The BD workers work really hard for us and provide a lot for us,” Xu said. “And to lose a member of the community is really difficult, especially someone who is taking care of a child…I think it’s important to show the workers how much we appreciate them in any capacity that we can.”