Washington University will host four town hall meetings with Metro Transit this month, enabling students, faculty and staff to receive information and give feedback about recent and upcoming changes to the Metro system and about their partnership. 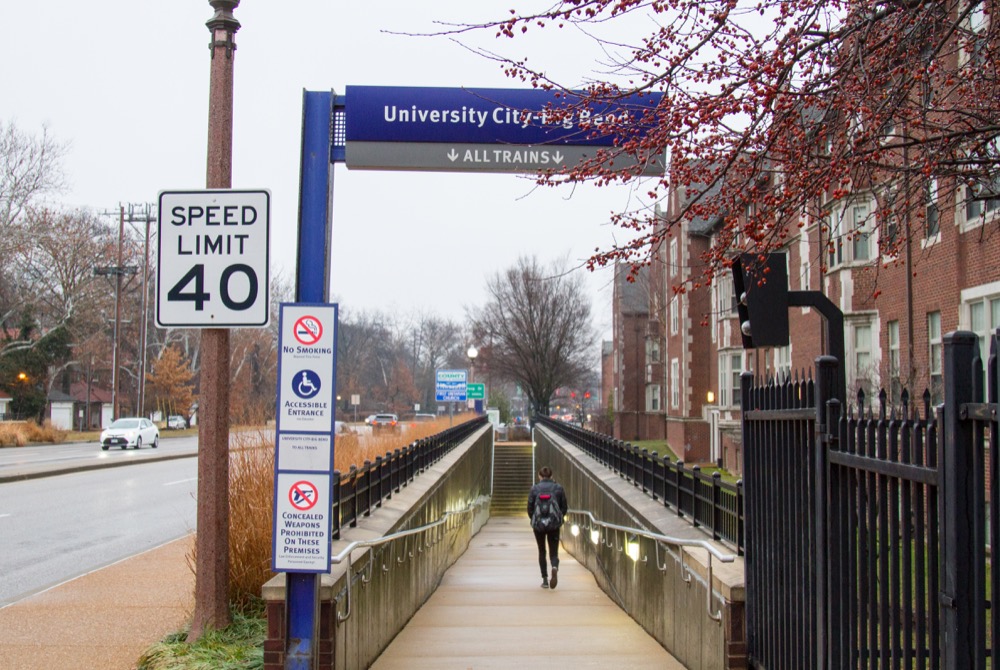 The Big Bend MetroLink station, adjacent to the Danforth Campus, is often used by Wash. U. students and employees. Four town hall meetings with Metro Transit are being hosted this month by the University to address safety concerns, and will be open to everyone to give feedback and voice complaints.

The meetings are focused around efforts to overhaul the Metro system to address safety concerns. Most recently, a University employee was robbed at Big Bend MetroLink station Wednesday morning.

The meetings feature a presentation by Executive Director of Metro Transit Jessica Mefford-Miller. The formal portion is followed by a question and answer portion that is open to all topics, like cleanliness and other concerns raised by participants.

The first town hall took place Monday on the Danforth Campus, followed by one on the Medical School Campus the next day. There will be another town hall Feb. 11 on North Campus and a final one Feb. 12 on West Campus.

The University partners with Metro Transit to provide students with free U-Passes for the MetroLink and MetroBus. According to Vice Chancellor for Operations and Technology Transfer Dedric Carter, the two institutions worked together regularly over the past two years.

“There’s a lot of work on this just on a daily basis to try to make sure we get people to, through and around campus safely. And [the town halls are] a way for us to spotlight some of the things that are happening with Metro,” Carter said.

Freshman Katie Handley sees the benefit of the University developing its partnership with Metro.

“Last semester, I would say I tried to use [Metro Transit] at least once a week or once every two weeks to go somewhere off campus,” Handley said. “I feel like it’s a good way to get around without spending a bunch of money because it’s free.”

The idea to host these town hall sessions came in October out of the relationship between Metro and the University. They picked February to hold the meetings to align with the beginning of the new semester and the release of the first phase of Metro’s Security Assessment this month.

Over the past six months, Metro Transit developed a Security Action Plan that will implement measures like creating a shared radio system between different police teams, updating camera systems and redesigning some stations. Metro also hopes to rebrand the transit system in a more positive light.

Additionally, Metro plans to redesign its bus routes, effective this coming fall, to shorten wait times, which will affect all routes that service the University.

“We will be making some changes to the appearance of our system, the design of our stations, the branding and communication of our service, even the appearance of the vehicles in the next couple of years, but our very first step is creating a safe and welcoming customer environment,” Mefford-Miller said.

Carter was pleased with the turnout at the first two town halls and pointed out the impact that Washington University can have on Metro Transit as one of its largest customers.

“[Metro Transit] becomes a part of the connective tissue, and I think that’s why this is important and why it has been a very important relationship to the University,” Carter said. “We want to make sure that that relationship is one that continues to be valued and that the users of the system are continuously heard.”