An armed robbery took place near the 6600 block of Washington Ave. Friday night.

According to the report by Washington University Police Department, at approximately 8:40 p.m., two graduate students were approached by two unidentified individuals with handguns visible. 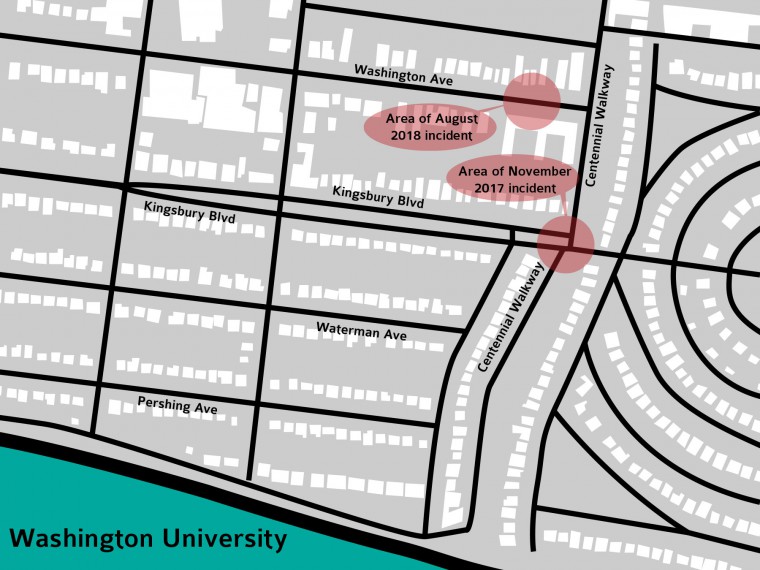 After one of the suspects hit one of the graduate students, the suspect took the assaulted student’s jacket, wallet and keys. The subjects then drove off in the student’s car west down Washington Avenue. No injuries were reported.

While this is an ongoing investigation by University City Police Department, WUPD is taking steps to increase safety in the area.

“We’re putting a couple more officers in the area [of the robbery],” Wash. U. Police Chief Mark Glenn said. “We’re not pulling them from other areas because we never like to do that; so, what we’re doing is augmenting those patrols with having some of our officers work on their days off so that they’re in those neighborhoods as well.”

WUPD recommends that students living in the Washington Avenue area take the Campus2Home shuttle when going to and from campus and that students should avoid walking and jogging alone.

“We work really closely with the University City Police Department as a general practice. Anytime we have critical incidents like this…our communication is even more frequent,” Glenn said. “Our detectives work with their detectives, and our investigators work closely [with them]. And they are with this case to help in any way we can.”