Wash. U. no longer to renovate Lee, Beaumont over summer 2018

According to Associate Vice Chancellor for Student Affairs Rob Wild, the decision to cancel the planned renovation was made when the architect of the project discovered accessibility-related challenges with the new design. Although the planned renovation will not take place this summer, maintenance repairs related to air handling units in the building will continue as planned. 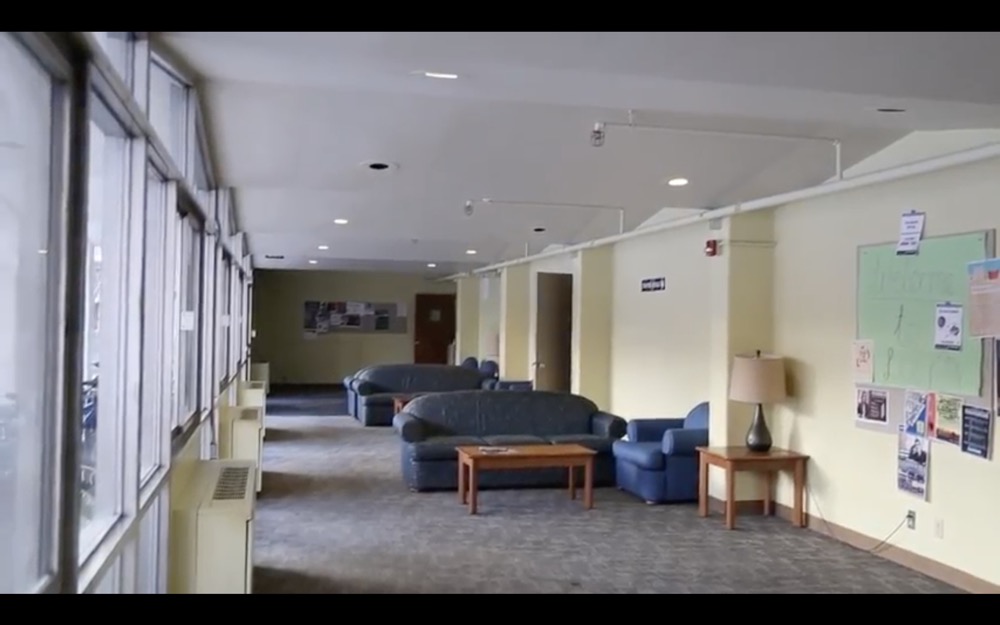 A common room inside Lee. The dormitory was going to be renovated for summer 2018, but plans have been canceled due to accessibility issues.

Because the halls were built prior to the Americans with Disabilities Act (ADA), the renovation would have had to follow additional guidelines governed by the Department of Justice (DOJ) and an Authority Having Jurisdiction (AHJ) that conflicted with plans for the new design.

“When we renovate buildings that were built before the ADA, we also have some standards that we have to do to provide accessibility,” Wild said. “We realized around Feb. 23 that we could not do the project we wanted to and stay true to the legal requirements for construction—as well as our own aspirations for making sure that anytime we do a project, we’re doing it in a way that’s not just to code but to the highest standards. So, we made the decision, rather than to press forward, to cancel the project for this summer until we could regroup and make some additional plans.”

According to J.D. Long, associate vice chancellor for facilities, the University was not confident that the current approach to the renovation would be able to meet the requirements of both the DOJ and the AHJ.

“The Department of Justice requirements are really more of a mathematical equation,” Long said. “So, they look at dollars spent on a project, and then, there’s [an] equation that says if you spend ‘x’ amount of dollars on a project, then you have to spend a certain percentage of those dollars on what they call ‘improving the pathways.’”

Because the proposed renovation did not include accessibility improvements on the upper floors, it would not have complied with the required spending proportionality. In order to work through the noncompliance, according to Long, the renovation would have potentially had to include the addition of an elevator to the exterior building.

“It didn’t make a lot of logical sense to us to add an elevator to the exterior building, which would mathematically, potentially, put you in compliance with how the Department of Justice counts. Why would you have an elevator that takes you to a floor that’s not improving entries to the doors or entries to the restrooms?” Long said. “We reached a point where we said, ‘We think we need to take a break, a pause, and reevaluate this and see if we’re proceeding on the most prudent approach.’And that’s why we did what we did.”

According to Wild, there will be a planning meeting in April to discuss next steps for the renovation.

“The whole plan to renovate was the culmination of a very long study we had done in 2014 and 2015, in general. At the end of the project, it was recommended that we renovate Lee and Beaumont instead of tear it down and rebuild. So, we’re going to go back to what we did in 2014-2015, take a look at that and see if our recommendation would change,” Wild said.

Long believes it may be possible to renovate Lee/Beau in the future.

“We have to basically explore some things, but in the future it may be determined that if we don’t renovate the ground floor and we only do the infrastructure improvement on the upper floor, that is permissible,” Long said. “I believe it is permissible as it relates to the Department of Justice. I don’t know if the AHJ would view it the way as I described it or not—that is something we would have to find out.”

“I don’t really care because I will no longer be in Beaumont, but Beau wasn’t that bad,” Attikossie said. “For me personally, it was just the lack of an elevator and the bathrooms, but apart from that I feel like everything else was fine.”

“It’s not a big deal to me because I’m moving out,” Gough said. “But for future classes, I think it’s probably good to improve everything, because…[we] have to take cold showers in the morning because there’s no hot water.”

Attikossie and Gough both believe Lee/Beau should still be renovated in the future in order to bring all the University’s residential communities to the same standard of living.

“I think there’s a benefit in the tradition that Lee and Beau hold; they foster a floor community, [and] I know every person on my floor. So, that’s a good aspect,” Gough said. “But toward the end you start comparing and realize, ‘Um, I think Umrath [House] had it a little bit better than us.’ So, I think it would be good to improve it a little bit.”