In a vote, 54 percent of workers voted in favor of the contract, which will take effect immediately. The contract aims to secure benefits, including worker raises, at a rise from somewhere between 11 percent to 14 percent, added vacation days and funeral leave and revisions to current overtime rules. 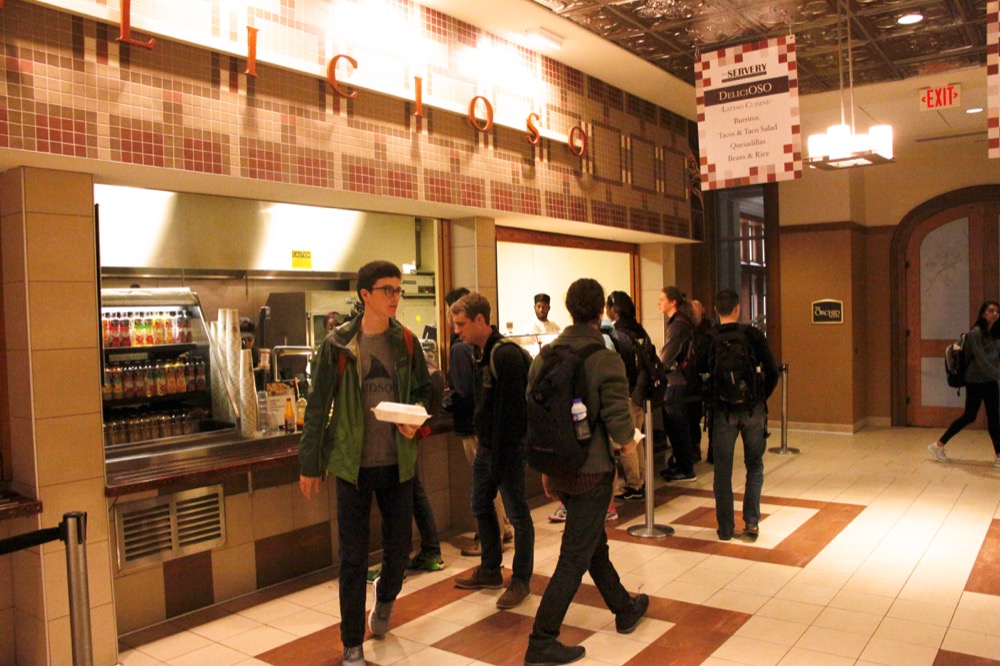 Students walk away from Delicioso, one of the dining options available for students in the Danforth University Center. Bon Appetit workers, who staff University dining stations, approved their first union contract Nov. 22.

According to Dining Services Director of Operations April Powell, Bon Appetit intends to honor the contract.

“Bon Appetit is aware that the contract proposed was ratified by members of the [United Food and Commercial Worker’s] Local 655 last week,” Powell wrote in a statement to Student Life. “Our goal is to work together to ensure that the terms of this contract are met.”

According to Bon Appetit employee Gilbert Grisby, this contract is a culmination of difficult negotiations.

“This is why we voted to form a union,” Grigsby said in a statement to the Business Journal. “We wanted better pay and working conditions that we’ve worked hard for, and this contract is the result of a lot of hard work.”

Bon Appetit unionized in the spring, on April 21, with a vote of 173-109 in favor of unionizing. This is its first union contract.