Some members from Green Action, an environmental justice student group, has requested that Washington University’s Consortium for Clean Coal Utilization change its name. But despite these students and the University not agreeing on the name, both sides note the necessity for more environmentally friendly energy sources.

Last semester, Green Action reached out to a group of alumni to ask opinions on diverstment from fossil fuels. The alumni released a petition pledging to withhold donations from the University unless it discontinues the Consortium for Clean Coal Utilization (CCCU) and divests from fossil fuel companies, among other environmental and social justice requests. The petition claims that the Consortium for Clean Coal Utilization “legitimizes an impractical and short-sided solution to carbon emissions.” 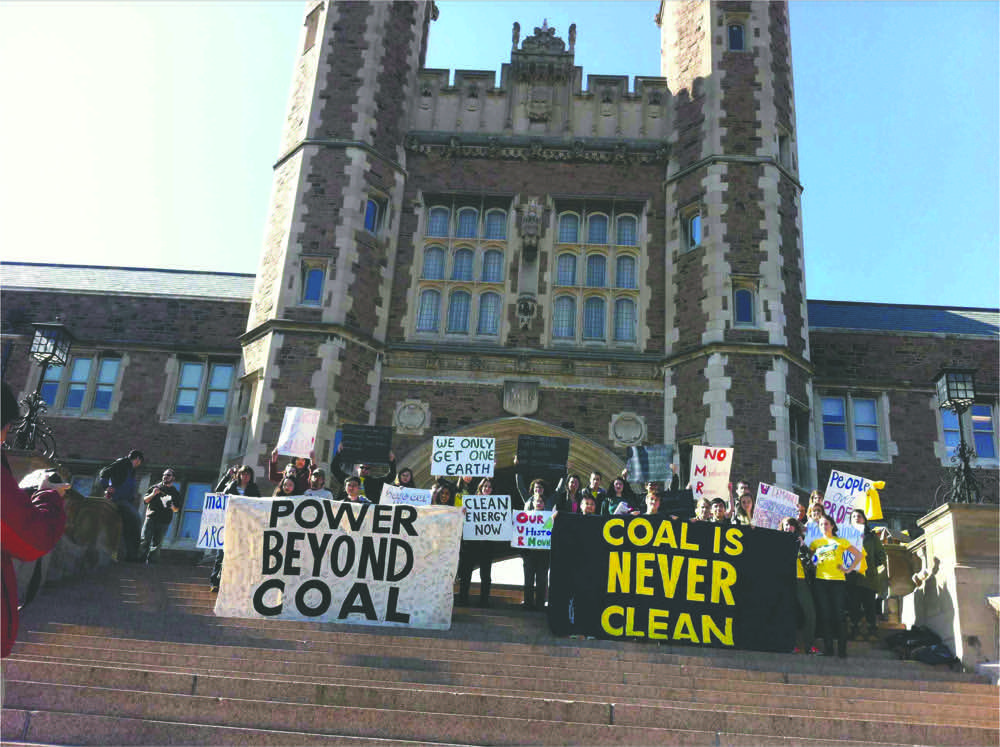 However, Green Action president and junior Peter Koulogeorge maintains that the group has no issue with the Consortium for Clean Coal Utilization itself and that his concern is simply with respect to its name.

“We have no qualm with the research that’s being done, Koulogeorge said. “Our issue comes with the term ‘clean coal.’”

Director of the Consortium for Clean Coal, Utilization Professor Richard Axelbaum, claims that, aside from its name, the goals of the CCCU align with those of Green Action.

“The Consortium for Clean Coal Utilization shares a vision with Green Action of wanting to supply the world with reliable, affordable energy without negatively affecting the environment,” Axelbaum said.

Although Koulogeorge supports the research being done at the CCCU, particularly carbon capture and sequestration research, he feels that the name of the CCCU is misleading, citing the harmful impacts of coal on people, especially children.

“‘Clean coal’ is a term that was created by the coal industry in order to…create a false image about the technology research that they were doing,” Koulogeorge said. “We don’t have an issue with carbon capture and sequestration, we just want it to be called [something else] so that…people don’t support coal thinking that it’s ‘clean coal’.”

Koulogeorge is particularly concerned about the effect that coal has on people of low socioeconomic status and worries that the name “clean coal” may be overlooking coal’s impact on low income communities.

“Coal emits a lot of…hazardous chemicals and heavy metals, and those chemicals directly impact community members: They have carcinogens in them, they create birth defects and, often, those emissions are centered around low income areas,” he said. “When we use the term ‘clean coal’ to signify carbon capture and sequestration, it is further marginalizing communities that are increasingly at risk.”

Despite these concerns, Axelbaum does not see an issue with the term “clean coal” and firmly stands by the name of the CCCU. Furthermore, he suggests that Green Action should be focused on energy research itself, instead of the terms associated with it.

Still, Koulogeorge maintains that Green Action will continue to speak out on related issues and looks forward to future projects.

“[The members of Green Action] are going to continue to voice their concerns with our university,” he said. “Green Action has got a lot of work to do this semester.”

Editor’s Note: This article has been adjusted to reflect that Koulogeorge’s views are his own and not those of Green Action and that members of Green Action reached out to alumni to discuss divestment, not a possible name change of the CCCU.