The change came Tuesday following Student Union representatives’ concerns about the $300,000 request made by Washington University administration for “furnishings and finishings” of their new office.

SU’s office will move from the two-story space it now occupies in the Danforth University Center to a one-floor space on the second floor of the DUC this summer. The administration planned to provide $500,000 to fund this new space, with the $300,000 requested from SU added on top. 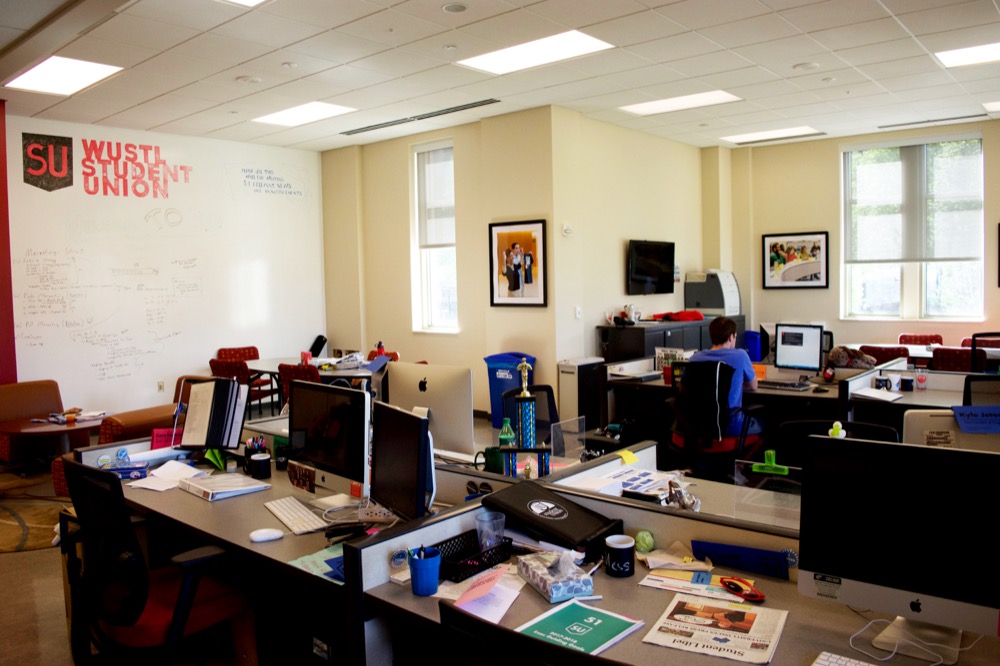 Student Union’s offices currently occupy the first and second floor of the DUC. As part of the DUC’s renovation plans, the offices will soon be consolidated to the second floor.

Now, the administration has come back with a new figure: $100,000, which would pay for just furniture.

“This arose as a result of [Executive Director of Campus Life] Leslie Heusted reaching out to the architecture firm for more numbers,” sophomore and SU Vice President of Public Relations Bilal Hyder said. “They said they weren’t able to do this, to get more prices for this.”

While the initial proposal had provided flexibility for Senate and Treasury to recommend anywhere between $0 and $300,000, now the bodies can only choose to fund either nothing or $100,000.

If allocated, the funds would come from SU’s savings account, which was established in the 2005 fiscal year and has been accruing money ever since. The savings account currently holds about $369,000—the highest it has ever been.

Sophomore and SU President Sydney Robinson said that despite the change, Senate and Treasury will still make a recommendation next Tuesday, as initially planned, but noted that the tighter timeline puts increased pressure on the governing bodies.

“The timeline that we’ve been given for this is not ideal, so unfortunately, we still have to work within what we’ve got,” Robinson said. “The recommendation will still be happening Tuesday; it’s just now we’re not exactly sure what we’ll be asking [Senate and Treasury] to vote on.”

“What we’re trying to do this time is really narrow it down to furniture,” Wild said. “We’re working to get Sydney furniture costs.”

The administration also plans to work off student input when selecting the furniture, but since the renovations will occur over the summer, it may be difficult for students to provide feedback, according to Robinson.

“They’ve offered to let students give input into things, but the feasibility of that, since we’re not going to be here, is unlikely,” Robinson said.