Upon learning that surgery would leave her handicapped for a year, physics graduate student Siera Stoen reached out to Washington University administrators about accommodations, worried that Crow Hall, home of the physics department, would not be accessible to her. With its third floor physics laboratories, an elevator too small to hold a wheelchair and lack of entrance ramps, Crow Hall, along with a number of older buildings on the Danforth Campus, lacks the accessibility resources needed to fully accommodate disabled students. 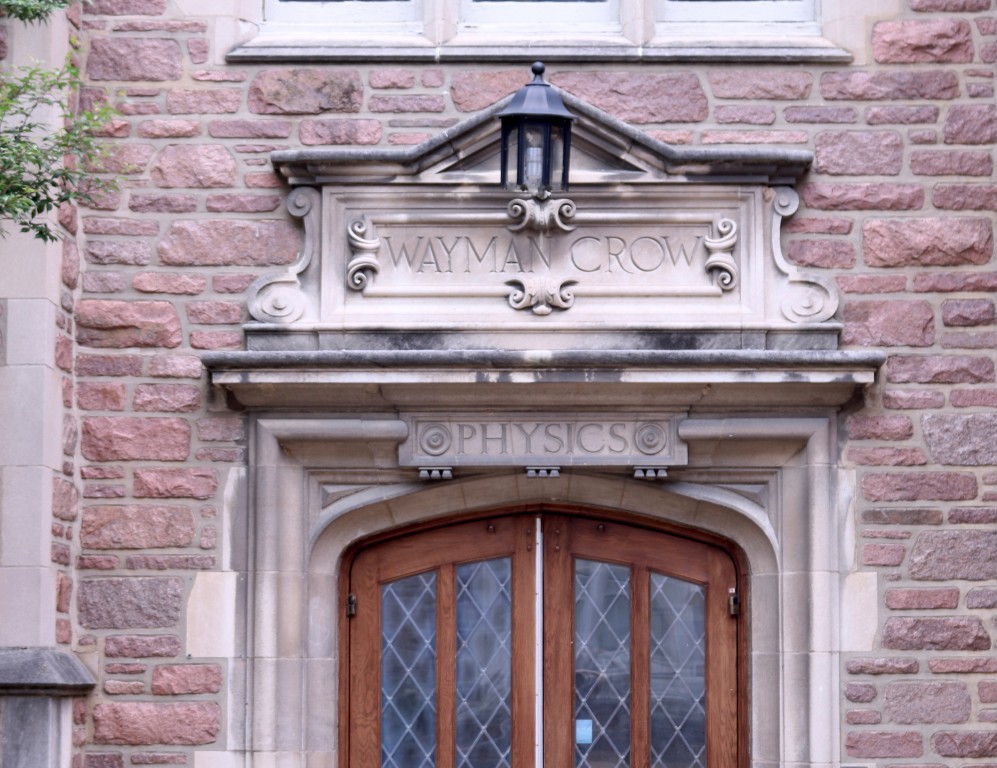 Stoen discovered that—due to her inability to access the laboratories—she is unable to continue as a lab teaching assistant and will instead be assigned a grading position. Laboratory access poses an issue for any potential physics student, as required introductory courses often have a lab component. Without proper accessibility resources, students cannot access the labs in Crow without assistance, creating a barrier to inclusion.

“As far as I’m concerned, I’m majoring in physics education, and at the core of my values is diversity and inclusion,” Stoen said. “How can I say, ‘I’m committed to diversity and inclusion’ when I know for a fact I’m excluding anybody in the STEM fields from getting a degree here at Wash. U. if they’re in a wheelchair, just because they cannot access the lab rooms, which are required.”

Ability at Wash U, a student-led group dedicated to disability rights advocacy and activism, is currently working on a facilities and accessibility campaign to assess the usability of buildings on the Danforth Campus. Using a survey tool developed by professors at Washington University’s School of Occupational Therapy, members have been collecting data not only on the compliance to accessibility standards required by law, but also on the usability of buildings based on the needs of students, faculty and staff.

“Ideally, with this facilities and accessibility campaign, we’d like to provide a pretty comprehensive idea of what needs to be changed and what can be changed,” Ability president and senior Avi Bukhbinder said.

Additionally, he expressed that—while the University does a great job of providing accessibility resources when requested by individual students—the next step toward an accessible campus would be a more proactive approach involving changing the facilities and actively seeking out opportunities to remove barriers to usability. Stoen agreed with the sentiment, asking for more transparency in terms of time frame for projects and continued action toward change.

“I’ve worked at a variety of universities, and I honestly believe our department cares about diversity and inclusion. And I think the University does too, but they have things where they have long-term plans, like in 10 years or in 20 years, where they have plans or ideas to give buildings new equipment or renovations,” she said. “And it could be that physics is in one of those long-term plans, but they’re not concrete.”

While students raise concerns about these issues, the administration has expressed a desire to continue responding and removing barriers to accessibility wherever possible.

According to Jamie Kolker, University architect and associate vice chancellor, and Andrew McCready, manager of code compliance, the University has placed accessibility and diversity at the forefront, continually working on projects to make campus more navigable for everyone. Such projects include renovations in Sumers Recreation Center, the addition of an entry ramp in Cupples II and an extension to McMillan Hall with a new stair and elevator tower. Work is also being done to add card access and ADA operators to all pooled classroom spaces. However, before major changes can be made, they must be approved by many levels of the administration, with the decision ultimately reaching the building and grounds committee of the board of trustees.

“We have an annual planning process on campus, and we meet with all the different user groups on campus [and] the different departments and sit down and basically outline their budget and review the projects individually that will be funded for the next year on campus,” McCready said. “And then from there, once we get the approval, we go and complete them over the summer.”

The University is currently embarking on a comprehensive study of Crow and Compton Halls to understand and identify issues with accessibility. Aside from conducting a kickoff meeting with physics faculty, the next steps will include cost analysis, determining the scope of work and creating a schedule of implementation. Additionally, the launch of new projects, such as interactive accessibility maps, is currently underway.

“We’ve done what we’ve can to identify the mapping. That’s very accessible online—routes to get to most every building and most every destination. But [we] also communicate when something isn’t accessible and isn’t easily gotten to,” Kolker said. “It’s a lifetime commitment of constantly improving. And some of it’s proactive, but some of it’s also reactive. If somebody points something out to us, that will raise our awareness, and we’ll think about it more holistically.”

Bukhbinder also stated that he saw a genuine care in the administration during conversations about accessibility. Both he and Stoen agree that what should follow is action on the part of the University.

“I think an accessible campus is one where being able to navigate space is not something you have to actively and every day think about,” Bukhbinder said. “The University thinks about it for you.”