SU officials hoped to sustain that level of participation when they revamped the SU election process. The process moved up elections in an effort to recruit for all available SU positions rather than emphasizing Freshman Class Council. 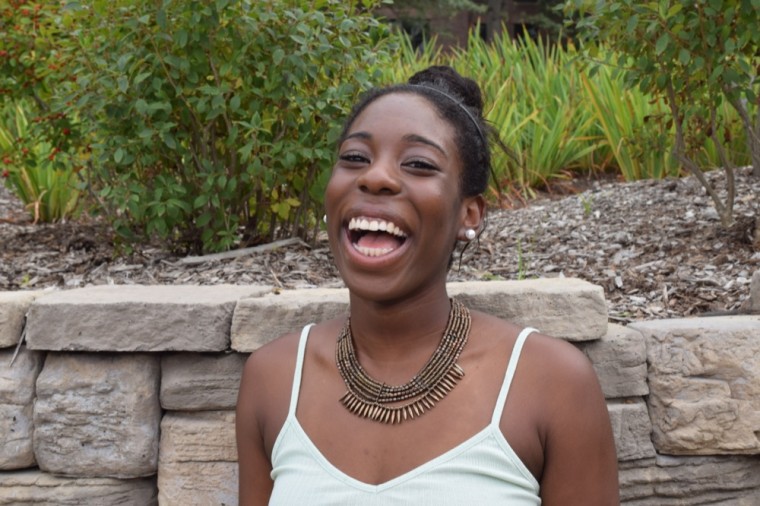 “I truly admire Jordan [Finkelstein],” Korley said. “I see him and he’s this spectacle to me and I really just wanted to dive into a leadership position.”

Korley ran her campaign on the platform ‘Choose Joy.’

“I really wanted people to choose Joy, literally and also figuratively,” Korley said. “I love that joy is a choice because each and every day you have the choice to choose to be happy, to choose to have a positive outlook on life, and so I really wanted to push that out there with my campaign.”

Korley already has several events in mind for the freshman class, including Wash. U. Under the Stars, a class camp-out on Mudd Field, and First Monday Morning, an upbeat social event in the underpass every first Monday morning of the month.

“We say we want to get to know everybody by name and story,” Silverman said. “So I wanted to propose something called WUSOW, which would be Wash. U. Student of the Week.”

Silverman suggested that each week, a random undergraduate would be selected to share his or her story with the Washington University community.

Silverman emphasized communication with the community as a large part of his platform.

For this new class of student representatives, Student Union made major changes to the recruitment process. In the past, each branch of SU has released their recruitment materials individually. Freshman Class Council elections, however, have overshadowed elections for other branches of Student Union because they are the first elections of the semester, according to junior Mike Holtz, Student Union’s vice president of administration. This year the board worked to unify the recruitment process for all SU branches to make leadership opportunities more available.

“Student Union is not just Freshman Class Council; it’s 21 different groups,” Holtz said. “We want to make sure that as a Student Union we’re pushing for recruitment as an entire organization.”

Student Union created a page on their main website, Join SU, to organize the application process and make application materials accessible. Holtz said they plan to update the recruitment website throughout the year as more opportunities come up. So far, he added, this approach has been effective; SU has filled more spots than ever before, almost completing their roster.

The goal of this process is to encourage interested students to participate in SU.

“There were a lot of really great candidates this year, and we want to make sure that if they’re still interested in Student Union that we can find a place for them,” Holtz said. “It was great to see the turnout was so huge. The freshman class was super into it, and we’re excited to have a new Freshman Class Council.”

The newly elected members are also excited for their terms in office.

“I feel like this is going to be such a great way to stimulate my freshman year,” Korley said. “I just can’t wait for what’s to come!”