Alex Kiles steps up as president 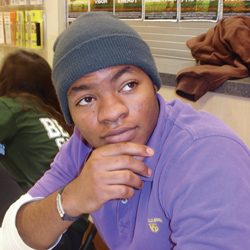 De Villiers, Bailey, Aibel and Mosher all ran on the CROSSROADS slate, but there were no candidates for the office of the president.

Just a few hours before the election began, Alex Kiles, who is studying abroad in Madrid, Spain, managed to rally his friends on campus to campaign for his victory at president.

Members of the CROSSROADS slate said they are really looking forward to working with Kiles, but they stayed neutral during the election as they believed both candidates were qualified for the position. Prior to Bertroche’s announcement that he was running for President, CROSSROADS had already collected signatures for Kiles.

Kiles, who has served on class councils since his freshman year, said he was going to run on a different slate that ended up falling through.

“We missed the deadline, and then I decided to run,” he said. “I was able to get friends back at school to work with me, and that was really great. We met for the first time last week, and we’ve got some great events planned for senior week already.” Kiles has been communicating with the rest of the council through Skype.

The remaining members of the CROSSROADS slate are excited to work with Kiles.

“I personally am excited to work with Alex because I have seen his ability to both get people motivated and get projects done during our leading Wash. U. Pre-Orientation freshman year, as well as LeaderShape,” De Villiers said. “I am confident that Alex’s leadership will be integral to our success next year.”

Kiles is looking forward to next year.