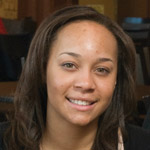 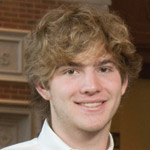 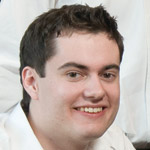 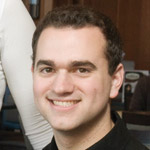 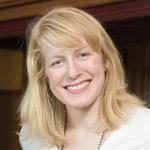 The Spring 2010 Student Union election was the biggest in modern SU history, with a total of 2,392 ballots cast.

Morgan DeBaun led her entire [open] slate to victory, winning by a vote of 53.4 percent to Bold slate’s Nate Ferguson’s 42.3 percent. The closest race was for vice president of programming, with John Harrison York (50.2 percent) beating Tricia Bailey (47.8 percent) by 48 votes. The most lopsided race was the contest for vice president of finance, with current Treasury Speaker Eliot Walker (59.1 percent) beating Olivia Hassan (38.8 percent) by 401 votes.

With the win, [open] laid out its plans for the rest of the semester.

DeBaun said that the slate is currently working on a plan to take advantage of one of Trevor Mattea’s constitutional amendments that allows any student to appeal to Treasury. This amendment was passed in the election with 80 percent of the votes.

“Too often students on our campus have an idea or vision on our campus, but don’t know where to turn to for resources. Our plan takes a new and creative approach to receiving SU funds and will help alleviate this problem,” DeBaun said.

DeBaun said that members of her slate are discussing the plan with members of SU and administrators, and hope to release it for feedback in the coming week.

Appointing the chair of the Diversity Affairs Council

Voters also approved an amendment creating the Diversity Affairs Council. The executive branch must now appoint a chair for this council, and publicity to apply for this chairmanship will begin on Monday.

“Our administration is committed to increasing dialogue and collaboration between different groups on campus,” DeBaun said. “This is a formidable task since the campus is made up of multiple communities with great degrees of heterogeneity within communities.”

DeBaun said that chair of the Diversity Affairs Council will be crucial to help further realize this goal.

DeBaun said that Vice President of Programming-elect York would be meeting with student groups that plan large-scale events on campus such as Ashoka, Dance Marathon and Team 31. To decrease the amount of over-programming, an outline of an events calendar for next semester would be created and distributed to all student group presidents and University administrators. This would be meant to prevent programming issues such as the scheduling conflict that occurred when Ashoka’s Diwali show was the same date as Dance Marathon, causing scheduling issues for organizers and participants alike.

Furthermore, DeBaun hopes to solve the problem at its root by meeting with both newly elected and re-elected Treasury members in order to prevent the issue of funding several large events on the same day, which has happened several times this past year.

Of the 10 constitutional amendments on the ballot, five passed, including the amendment creating the Diversity Affairs Council.

Four of Trevor Mattea’s constitutional amendments passed, giving students abroad the opportunity to run for office, giving students the right to appeal for funding from Treasury, mandating that the president must include legislative priorities in his or her Campus State of the Union address, and changing Treasury elections to twice a year.