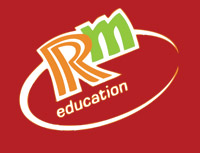 People are always talking about bridging the gap that exists between students in different geographical areas. And while some groups like Teach For America are well known and attract many applicants, one lesser-known organization is Reasoning Mind (RM).

Junior Jordan Jacobs serves as a campus recruiter for Reasoning Mind (RM), a nonprofit organization that aims to change the instructional paradigm in early math education in schools across the US.

Last year, Jacobs learned from a relative that Reasoning Mind was looking for a campus recruiter at Washington University, and he volunteered for the job immediately. In the past year, he has been actively promoting the Reasoning Mind program among students and professors on campus. Now, the company is registered in the Career Center for interested students and professors.

“What I am trying to do on campus is to attract the best teachers at the University to work for the organization, and thus enhance the learning process for those students,” Jacobs said.

The RM service is a computer-based educational program used by middle schools across the nation. The teacher controls the learning process and works with students one-on-one. The program attempts to reform the mathematics curriculum by introducing a rigorous and effective curriculum that prepares kids for success in higher-level math. Evaluations of students have shown that theu have improved significantly after the implementation of RM.

“The RM movement has made a significant impact in promoting the early math education,” Jacobs said. “The schools that have signed up for the service all continued their enrollment in the subsequent year. The number of schools enrolled has doubled in the past year.”

Indeed, increased attention has been devoted to the importance of early math education in recent years.

As noted in RM’s mission statement, “First-rate math and science skills are essential for success in the 21st century workforce…Reasoning Mind’s mission is to provide a first-rate math education for every child. To achieve this, we offer an engaging online community that develops students’ math knowledge and thinking skills, and we help schools and parents bring this to their children.”

As a math major, Jacobs also said, “Reasoning Mind [in]spires me to teach mathematics. I have applied to a summer internship with a similar company, teaching middle school kids.”