WU alum is among the dead in Alabama college shooting 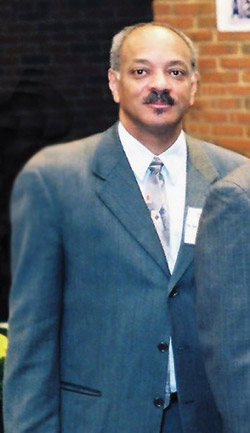 Adriel Johnson, 52, graduated from Washington University in 1979 and continued to have an impact on the lives of the individuals he encountered until the day he died.

Johnson, an associate professor of biology from Tuskegee, Ala., was one of three professors killed in Friday’s shootings at the University of Alabama in Huntsville (UAH).

UAH Professor of Biology Amy Bishop is charged with opening fire on her colleagues during a faculty meeting last Friday in a shooting spree that left three faculty members dead and three others injured.

The other two fatalities were Gopi Podila, the chairman of the Department of Biological Sciences, and Associate Professor of Biology Maria Ragland Davis.

Bishop is said to have had a violent past that included the 1986 shooting of her 18-year-old brother which was ruled as an accidental death.

The New York Times quoted anonymous faculty members who said that Bishop did not receive tenure and subsequently appealed the department’s rejection. The shooting occurred on the day the initial decision was upheld.

In the wake of Johnson’s death, his classmates have reconnected across the country to commemorate the friend they remember as a kind and quiet man with an unforgettable sense of humor.

“He told his jokes in his own way. When he told a joke it was a big thing,” said Janice Mitchell Isbell, a 1980 Washington University alum. “Everyone is in disbelief, we cannot believe this happened.”

Isbell and her husband live near Johnson in Huntsville. Her husband, Irvin Isbell, was Johnson’s roommate for two years at Washington University.

The WUSTL Black Alumni Network Web site—which is not affiliated with the University—and alumni Facebook pages have been flooded with an outpouring of condolences and memories of Johnson.

One of his Wash. U. suitemates, Alvin Blackshear, wrote: “I am deeply saddened by this news. Adriel was a suitemate of mine during my freshman year and was always supportive and understanding of a not-so friendly nerd from NYC (me). His style and manner was something that years later I admired and was thankful for. I regret never having told him that he had a very positive impact on my life at Wash. U.”

During his years at Washington University, Johnson, a biology major, participated in several intramural sports and was an active member of the Black Students Association.

“Adriel enjoyed being a college student at Washington University,” said Donald Wilkerson, Johnson’s freshman and sophomore year roommate. “We enjoyed all aspects of the life. It was fun for us. We recognized that it was one of those experiences that you only have once and I think we took advantage of it.”

Wilkerson said that their lives at the University revolved around sporting events and Johnson was very enthusiastic about the Battling Bears.

“He was a hard worker. Very competitive,” Wilkerson said. “A sweet guy.”

After graduating from Washington University, Johnson went on to earn two master’s degrees, in population genetics and muscle protein biochemistry. He graduated with a Ph.D. in 1989 from North Carolina State University.

In his professional life, he was chairman of the biological sciences department at the UAH and focused his research on cell biology and nutritional physiology.

There he was active in encouraging minority students to further their education and go to graduate school.

Johnson was the director for the UAH chapter of the Alabama Louis Stokes Alliance for Minority Participation.

Irvin Isbell Jr., the son of Johnson’s Wash. U. classmates Irvin and Janice Isbell, attended the UAH as a chemical engineering major, and said that Johnson served as a mentor to him and encouraged him to attend graduate school.

“He was a very encouraging professor,” Isbell Jr. said. “He would tear you down then build you back up as a stronger person. His presence will be greatly missed.”

Isbell was a part of the scholarship program that Johnson oversaw.

“He gave us all a chance by putting us on the scholarship program. We are going to miss him.”

Johnson is survived by his two sons and his wife, Jacqueline Johnson, a veterinary professor at Alabama A&M University.