Making sense of the recession

Five nationally renowned economists participated in a panel last Friday afternoon in a discussion about the actions of the Federal Reserve leading up to and in the aftermath of the recent economic recession.

The forum, titled “Monetary Policy Amid Economic Turbulence,” was hosted by the Murray Weidenbaum Center on Economy, Government, and Public Policy at Washington University in partnership with the Department of Economics and the Undergraduate Economics Association.

Professor of Economics Steve Fazzari served as moderator for the event.

“We do live, indeed, in interesting times. A year ago we were facing the most severe financial crisis of two generations and falling into a very severe recession,” Fazzari said during the opening remarks.  “According to some people, it’s over. For other people, it still continues.”

Addressing the recession and the Federal Reserve from a different perspective, the five speakers shed light on the current state of the economy and its potential direction in the future. 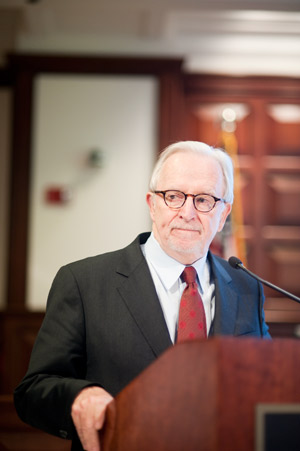 -“In 2007, the credit prices that we all should have anticipated became apparent with great suddenness. The first response of monetary policy, one has to say, was best described as being in something of a state of denial about the severity of the problem.”

-“By comparison, the year 2009 has seemed relatively calm. Of course, that’s not really true, since it began with the inauguration of a new president, big debate about stimulus and the effectiveness of stimulus, the bankruptcy of General Motors and Chrysler, the rolling out of plans of reforming the financial regulatory system, the new administration’s proposals for helping the housing sector and removing troubled assets from the balance sheets of banks—both programs which have been partially ineffective. On top of this, we have experienced the worst recession in the post-war era. It hasn’t exactly been a picnic in 2009.”

-“I think the problems of monetary policy are manageable for the Fed. What to do about the size of the Fed’s balance sheet is a little bit more problematic.”

-“It’s really the case that the Federal Reserve should not be in the business of propping up particular sectors of the economy and allocating capital to that sector. That’s really the role of the Treasury, and going forward the Fed is going to have to find a way to shift their role to the Treasury where it belongs.” 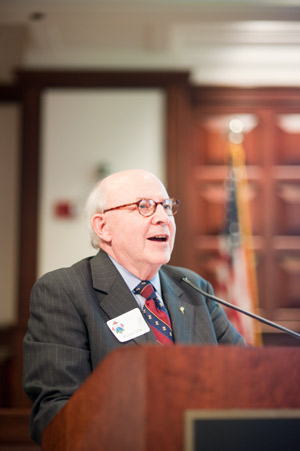 -“Financial crises are part of the capitalist system.”

-“Nonetheless, despite all these crises, the story of U.S. economic growth over two plus centuries is a good story.”

-“There is a displacement. The pattern is then during the upswing everyone wants to. That’s the upside building up the financial crisis. Then something happens. Distress happens. And then everybody heads to the exits. This is called the leveraging regulation.

-“What is the central bank supposed to do during a financial crisis?”