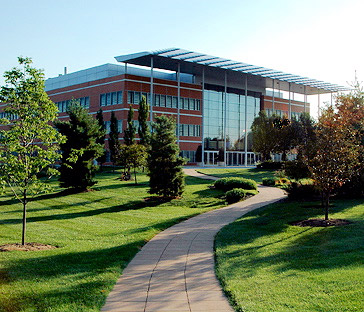 The results of the stimulus bill are still being felt at Washington University and the surrounding region. Renewable fuel research in St. Louis got a big boost in mid-January when it was announced that the area would receive millions of dollars in stimulus money.

The aim of the funding is to help create jobs and a domestic biofuel industry.

The Donald Danforth Plant Science Center is the main institution receiving funding. Funding will be divided among several universities, research institutions and companies, said Karla Goldstein, vice president of public and government affairs of the center.

“The entire $44 million doesn’t come here,” Goldstein said. “It’s about $4 to $5 million that will be at the center. They sort of carve up the work.”

Goldstein said the center’s previous work with renewable energy likely assisted the center as it sought the award.

“I think that we were chosen because of our expertise in this area; because of the Enterprise Rent-A-Car Institute for renewable fuel,” Goldstein said.

Goldstein said that the additional resources coming to the center permit the addition of new dimensions to its research. Projects funded by the grant will seek to make further strides toward renewable energy.

“This also has a little bit beyond basic research,” Goldstein said. “This has more applied [research]. It also includes a pilot algae production facility in Missouri.

“The point of the whole NAABB [National Alliance for Advanced Biofuels and Bioproducts] is to develop a systems approach for sustainable commercialization of algal biofuels,” Goldstein added. “In other words, to determine the economic viability of algae as a source for biofuel.”

Goldstein noted the benefits that the funding will provide for the St. Louis area.

“It really cements St. Louis as a leader in algal biofuels research,” Goldstein said. “The work that’s going on here at the center—it strengthens that work.

“It built on the Taylor family gift of 2007 [and] the DOE award of last year,” she said, referencing a $15 million award that the center received from the Department of Energy and a $25 million grant from the Taylor family, which owns Enterprise Rent-A-Car.

Goldstein said that the involvement of several institutions in the research shows that the St. Louis region is a global leader in this type of research.

The funding comes in the midst of a great inflow of stimulus funding. As of Dec. 31, 2009, prior to receiving the grant, the University received 236 individual awards, totaling over $83 million, with only $16 million spent. Much of the funding has gone to the medical school, but the College of Arts & Sciences, the School of Engineering and the School of Social Work have each received a notable amount.

Goldstein said that the research team is excited that the work got support from the stimulus.

“We’re elated,” Goldstein said. “We worked very hard to put together a quality team and we’re just thrilled that the Department of Energy recognized…the skills of that team and provided us the award.’

In his statement, William Danforth, the chairman of the board of the center, was similarly excited for the funding of the project.

“I am delighted that Dick Sayre and Jose Olivares of our institution will be leading the consortium that will be doing this important work,” Danforth’s statement read. “The award also triggers a $16 million industry match and comes on the heels of significant investment in St. Louis by the Department of Energy last year. Our region is playing a leading role in our nation’s efforts to create a domestic bioindustry, reduce our dependence on foreign oil and preserve the envwironment.”

The center carries out research related to increasing agricultural production and increasing the nutritional content of plants to improve the human condition and also promote economic growth in the St. Louis region since its founding in 1998.

Click here to see a breakdown of funds the University has received.