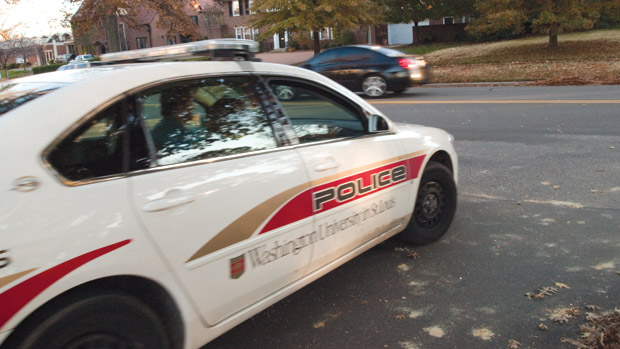 Washington University has formed a fact-finding commission to review the specifics of a University police encounter with a social work student who says he was racially profiled by the police, as well as the results of an internal police investigation that found that a police officer gave the student inaccurate information about why he had been stopped.

On Sept. 16, George Warren Brown School of Social Work student Kirk Grice was waiting at the Skinker MetroLink station after classes at 3 p.m. when he was approached by a plainclothes Washington University police officer. Grice said the officer asked him what his purposes on campus had been and requested that Grice present two forms of identification.

The officer told Grice that someone who had seen him leaving a building on campus had reported him as a suspicious person.

Grice, who has been a percussion accompanist for Washington University’s Performing Arts Department for 25 years, said he had difficulty believing that such a report had been issued. Grice, who is black, said he feels he was racially profiled.

“It’s impossible for me not to feel that this is a case of racial profiling,” Grice said.

Grice later inquired into the incident with University officials. The Washington University Police Department (WUPD) was notified the next day and conducted an internal investigation into the case.

According to a University statement, WUPD found that the plainclothes officer followed an unnamed student after observing the student carrying what appeared to be two laptop bags. The police officer had been staking out the east end of campus as part of a larger stakeout campaign that University police initiated in September in response to a rise in crime in the area, including an increase in laptop thefts. According to the University statement, WUPD found that the police officer had reasonable suspicion to make contact with the student.

“He shouldn’t have misrepresented the facts. That’s not the way we do business,” Strom said.

Strom said the police department has taken disciplinary action on the officer.

Edward Macias, provost and executive vice chancellor for academic affairs, has formed a fact-finding commission to probe the incident.

Strom emphasized that the police officer made a mistake that Strom feels does not reflect the police department as a whole.

“We’re not perfect. We make judgment calls along the way. I’m confident that we make good judgment calls all the time,” Strom said. “But sometimes we’re going to drop the ball, and this is an example I think where we made a poor judgment call. But I have confidence that these officers are committed to doing quality police work from the community, and I think it shows itself everyday.”

Issues of University police racially profiling students on campus was a subject of discussion at Wednesday’s Student Union Senate meeting, where some students expressed concern that University police ask black students to present their IDs more often than white students.

Junior Gerald Jackson, community service chair for the Association of Black Students (ABS), said in an interview at Monday’s town hall forum on Mothers bar and race discrimination that he feels University police officers have racially profiled him in the past.

During Jackson’s freshman year, he said, a crime occurred on campus that was reported to have been perpetrated by a black man in a red hooded sweatshirt. Shortly after, Jackson was swiping his student ID to enter a building when a WUPD officer stopped him and asked if he was a student, according to Jackson. Jackson said he was wearing a red sweatshirt at the time.

Jackson said he felt he was unfairly targeted because he is black, and that he has had similar problems with University police on other occasions.

“I shouldn’t have to prove my status as a student every time I step outside my dorm,” Jackson said.

Strom said WUPD receives very few complaints about racial profiling on campus annually, despite thousands of contacts between University police and people on campus each year.

Strom said some people on campus perceive that police are racially profiling because of prior experiences with police officers.

“Frequently we find that people’s perception of law enforcement on our campus is guided by life experience they’ve had or contacts they’ve had with the police that have nothing to do with Washington University,” Strom said.

“I’ve not walked in an African-American’s shoes and had all the life experiences they’ve had, and I appreciate that. So I don’t pretend to know what that’s like,” Strom said. “But I also know that we take very seriously our responsibility to make our decisions based on factors that are not strictly related to race, or ethnicity, or sexual orientation, or whatever it might be.”