Biology professor Barbara Schaal is one of 18 leaders President Obama appointed to the newly convened President’s Council of Advisors on Science and Technology (PCAST).

The council has already delivered a report on the H1N1 virus.

President Obama and his team selected Schaal, vice president of the National Academy of Sciences and the Mary-Dell Chilton Distinguished Professor of Biology, along with two university presidents, Google chairman and CEO Eric Schmidt and three Nobel laureates. 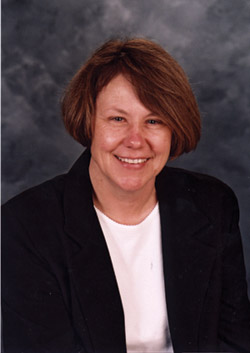 Washington University biologist Barbara Schaal, pictured above, is one of 18 intellectuals appointed by President Obama to his Council of Advisors on Science and Technology. The council has already released a report on the novel H1N1 influenza virus.

PCAST is charged with reviewing all the available evidence and creating comprehensive recommendations for any issue the president identifies as critical to policymaking. Right after it started, PCAST created a list of priority topics that was culled in a meeting with Obama at the White House in August.

“We’re also very interested in economic issues, and how science and technology interact with economic issues. We have a number of strong economists,” Schaal said. “What President Obama wanted initially was a very rapid assessment of H1N1, and so we gave that to him when we met in August. That was really done very, very quickly. When the president calls, everybody just drops everything.”

Over the next four years, the group will formulate their best judgments of how the president should proceed on scientific issues, using all the available evidence, Schaal said.

“You make the recommendation, you say this is the best and most objective that we can tell you, and if science doesn’t have a clear answer, you say that as well,” Schaal said.

The council determined that the swine flu is a fairly mild type of influenza, but Schaal said, “The real health concern is that it also spreads very rapidly…so even if it’s a mild influenza, if you just have a normal percentage of people that need to be hospitalized, it’s a large number of people.”

The committee was chosen to represent a variety of disciplines and geographic areas. Schaal attributes her appointment to her experience as the vice president of the National Academy of Sciences.

In addition, she conducts research in plant genetics and diversity with the goal of enriching food crops like rice, an issue receiving global attention.

Schaal noted that there are already striking differences between the Obama and George W. Bush administrations’ PCASTs.

“President Bush’s PCAST wrote a very interesting letter to the new PCAST saying basically, ‘Don’t do it the way we’ve done it.’ Bush’s PCAST had a lot of businesspeople… from technology-based businesses,” she said.

Despite the current concentration on health-care reform and the economy, Schaal said the Obama administration is paying close attention to scientific issues

“The day after [the election]—I think it was Wednesday November 5th—the National Academy [of Sciences] got a phone call and said, ‘These are the appointments we’re thinking about.’ So at 9 in the morning, already the administration was thinking about it. It blew everybody away,” Schaal said. “And the people who have been appointed, most of us are just ecstatic about them.”

In October, subcommittees will present their assessments to the president at the next formal meeting. Schaal is a member of the STEM, economic and energy subcommittees.

There are many tasks to be addressed, according to Schaal. But she expressed optimism about a number of goals, such as improving health-care information technology.

“Some of the health-care stuff is going to go well,” Schaal said. “And I think that’s because we have such a strong committee. I think there will be progress there.”

One area of health care likely to receive timely attention from the council is how to implement comparative effectiveness research to determine which medical treatments work the best in a given situation. Similarly, the council will address how to identify drug interactions.

“Particularly when you look at an older population, where they’re taking multiple drugs, how would you ever figure out how drugs interact with each other?” Schaal said. “If you’re taking a blood thinner, if you’re taking anti-cholesterol and an anti-depressant, what’s the most effective pain medication?”

Little information is currently available to doctors about complex interactions between drugs or their comparative effectiveness. But this knowledge is within our reach, Schaal said.

“It turns out that there are data out there, but it’s a different way of looking at the data,” Schaal said.

Schaal’s optimism about the committee’s ability to solve these problems comes from her confidence in the quality of the council.

“It’s a really smart group of people,” Schaal said. “The interactions have been very cordial, there’s been a lot of give and take; you don’t see people grandstanding, making speeches. There’s a real sense of trying to get something done.”