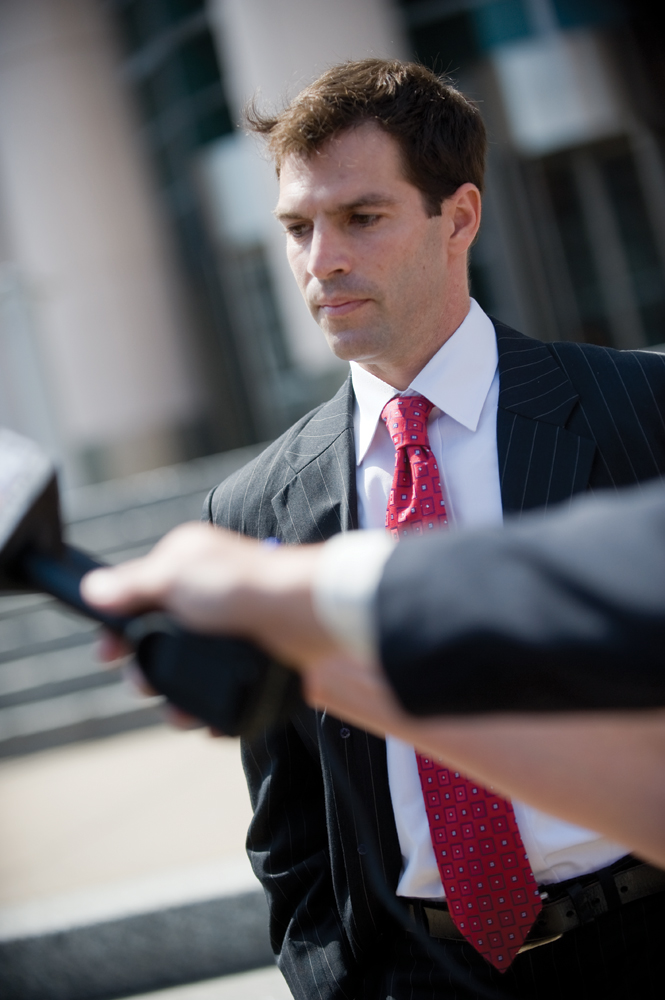 Click here for updated coverage of the Jeff Smith scandal

Jeff Smith, a Missouri state senator who frequently taught at Washington University, resigned his Senate seat and pleaded guilty on Tuesday to two counts of conspiracy to obstruct justice, after weeks of speculation about a federal investigation into Smith and others who worked on his 2004 campaign.

Sentencing in all of the cases has been set for Nov. 10.

The FBI this past summer was revisiting the 2004 FEC investigation, which centered on anonymous literature allegedly distributed by Smith’s campaign. The literature, in the form of postcards, attacked Smith’s main opponent in 2004, now-U.S. Rep. Russ Carnahan, D-St. Louis.

The charges state Smith, Brown and Adams tried to “corruptly attempt to obstruct, influence, and impede” the investigation.

In mid-2004, Carnahan’s campaign filed a complaint with the FEC about the postcards, saying Smith had violated the Federal Election Campaign Act of 1971 and regulations concerning the printing, production and distribution of negative advertisements.

Smith in an affidavit, which he acknowledged today as being false, denied any involvement. In late 2007, the FEC found there was not enough evidence to prove wrongdoing on the part of Smith and his committee.

Court documents say an unnamed individual affiliated with the organization Voters for Truth approached Smith’s campaign committee in July 2004 to discuss the idea of making and distributing the postcards. Smith’s campaign committee introduced Brown, a “close and personal friend” of Smith and not yet a member of the state House of Representatives, to the unnamed individual.

At that time, Brown agreed to raise funds for making the ads. He raised “substantial” funds for Voters for Truth and personally gave the individual $5,000 in cash.

On July 23, 2004, the organization mailed 25,000 postcards to voters in Missouri’s 3rd Congressional District. Carnahan responded by filing the complaint against Friends of Jeff Smith.

Amid the proceeding and investigation, on Sept. 8, 2004, Smith submitted the falsely sworn affidavit to the FEC, stating that he had “no knowledge of who was responsible for the [postcard] referenced in the [FEC] complaint, nor who paid for the mailing.”

The FBI returned to the 2004 charges when new evidence emerged this year. The U.S. Attorney’s Office declined to comment on how the new evidence was developed.

Court documents detail several conversations between Smith, Brown and Adams about their intention to mislead investigators in both the FEC investigation and the FBI investigation. Smith is quoted as saying to Brown last summer, “Don’t do anything stupid. Stupid would be telling them things that were happening in your brain.” Smith also told Brown that he himself would not be truthful to investigators, saying, “I’d be 90% honest.”

After the court hearing, Assistant U.S. Attorney Hal Goldsmith characterized the charges as a “classic case of corruption.” John Gillies, special agent for the St. Louis FBI, agreed with Goldsmith.

“At the end of the day, for those of you in the courtroom, this is pure stupidity,” Gillies said. “You’ve got a Ph.D., a J.D. from Washington University, another guy with a master’s, and all of this for what at the end of the day? Just so they could get a little more power and feel a little bit better about themselves that they’re big shots of the town. We will not tolerate this kind of corruption.”

During his court appearance, Smith said, “I am guilty as charged.” When Smith left the Thomas Eagleton Federal Courthouse with his lawyers, he was relaxed and smiling.

Gov. Jay Nixon released a statement today calling the resignations “necessary and appropriate” because both Smith and Brown had “violated the public’s trust.” Nixon also announced that both seats would be filled in a special election on Nov. 3.

After leaving the courthouse, Smith made several comments to reporters, including an apology to his constituents and family.

“This event has humbled me,” Smith said in a statement posted to his Web site. “I have done some significant introspection and that has been the hardest part: coming to terms with my own poor judgments and mistakes.”

In a press release, House Senate Majority Floor Leader Kevin Engler said: “Jeff has made some serious mistakes and will be held accountable for those mistakes, but that should not detract from his accomplishments in the Senate or his hard work on behalf of his community. Sen. Smith was always a very reasonable person in the capitol. He was someone quite frankly that encouraged more bipartisan behavior between our parties.”

Smith has previously taught courses on ethics in politics and campaigning at the University, but a spokeswoman announced last week that his scheduled class would be canceled.

The University released a statement on Tuesday afternoon saying it would not comment on personnel issues.

“We are and remain interested in being engaged with people who are involved in politics and be engaged with a wide variety of people and that means were going to encounter the real life problems and turmoil of human beings. I think what happened is sad, but it goes along with being experienced,” Rehfeld said.

Still, he is concerned that Smith’s actions may diminish the messages of his lessons. He said students likely attribute “some moral perfection” to a professor.

“I think for better or worse this will cause some of the students to question what he taught, and some of that questioning is justified and other of it is probably not,” Rehfeld said. “The lessons that we teach our students are not about us; they’re about a subject matter and on that score. As far as I can tell, especially in the smaller classes that he taught, he was a gifted teacher.”

Kat Zhao and Michelle Merlin contributed to this report.