Over the final weeks of the spring semester, Senior Scene Editor Olivia Poolos and Staff Reporter Jared Adelman spoke to Washington University students, administrators and doctors as they recalled what it was like to make friends six feet away, test positive for COVID, make school-wide decisions and muddle through new and unexpected obstacles. This final episode of Looking Back, a three-part audio series, features Wash. U. students discussing how they made friends and found connection during an isolating year. Music by Kevin McLeod.

You can read Olivia and Jared’s letter about this project here. 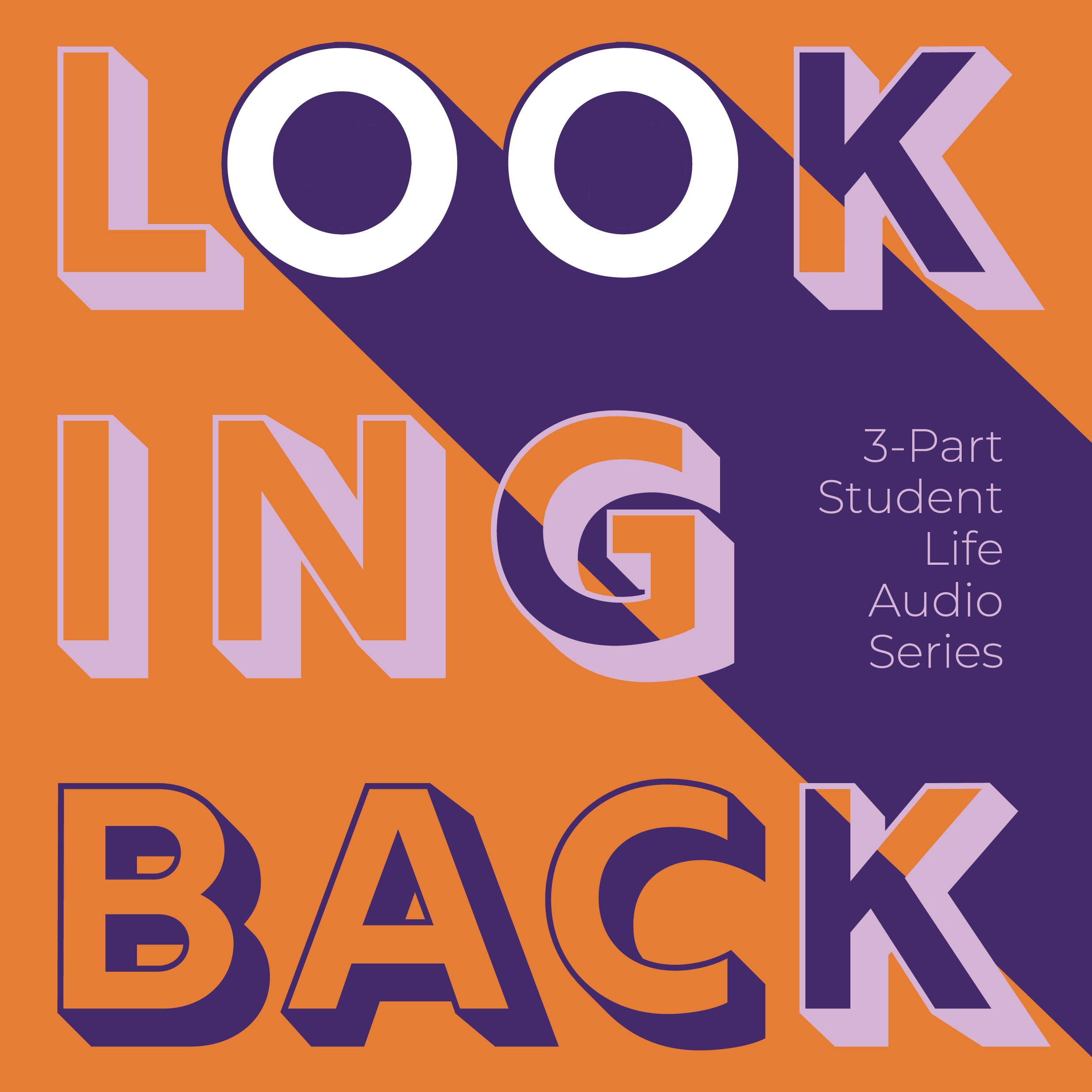 You can also listen to this episode of Looking Back on Spotify or Apple Podcasts.

We have edited this transcript of the podcast for clarity:

(:11) Jared Adelman: Hey, it’s Jared Adelman again, and you’re listening to Looking Back, a Student Life audio series. This year, a theme that kept resurfacing among all of our interviews was the social scene. COVID has wreaked havoc on our normal patterns of meeting people, making friends, and spending time together. College is supposed to be a time of making close connections with the people you study, eat and live around. In fact, some parents still tell stories of their wild adventures that they had in college—but Zoom meetings don’t have the same potential. So how did it go for people socially? Senior Scene editor freshman Olivia Poolos sat down with a few resident advisors and students to see how their social lives have fared this year.

(:54) Olivia Poolos: Freshman Caroline Sauer doesn’t know that many people in her dorm. She lives in a suite with three other girls, but besides that, hasn’t found the robust community that she expected coming to Washington University. Many of the typical activities around campus, such as clubs, intramural sports or floor events have been moved to Zoom.

(1:15) Caroline Sauer: I know, like both of my parents and one of my friends who are in college talk about how they’ve got really close with the people in their orientation group, during freshman year, or people who are on their floor became like their first friends at college and so that was something that I kind of had expected. That didn’t fully pan out quite as I had expected. Obviously with virtual orientation, I didn’t really form close relationships with anybody in my group. Some people have met a ton of people in their buildings and on their floors and made friends and other people, like me, kind of don’t really know anybody on their floor outside of their roommates, and so that’s been something that was strange.

(1:49) OP: What specifically–– so you mentioned, there hasn’t been as much connection within dorms just because social activities aren’t really going on––what specific factors have sort of inhibited social connections this year?

(2:01) CS: I think that engagement with you know virtual programming, even the stuff that is happening and is being, you know, funded and publicized has been pretty low that people don’t want to go to Zoom classes all day and then go on another Zoom at night for fun.

(2:16) OP: And Sauer isn’t the only one that’s been noticing the distinct lack of community this year. Junior resident advisor Emily Xu quickly realized that her job of helping new students bond and feel a part of campus this year was going to be harder than she originally anticipated.

(2:34) Emily Xu: Even though I think residents have been able to connect I am not seeing the sense of community or like experiencing the sense of community that I saw or experienced last year, when I was a WUSA on the floor that I was a WUSA for, so that’s been a little disappointing in that sense. In terms of on my floor specifically I think it’s been a little difficult because you miss out on. . . like this year we’ve missed out on a lot of the more casual interactions, just like in passing and people like hanging out in the common room that doesn’t really happen.

(3:12) OP: Xu’s fellow RA and junior Ethan Lowder has had similar struggles in getting the freshmen in his building to connect in ways that the administration has deemed COVID safe.

(3:22) Ethan Lowder:  You can’t host things in person, because the health and safety risk, but after a student has been on Zoom for like eight hours doing classes, they’re not going to want to come to like a virtual floor community-building event to hang out with your RA.

(3:37) OP: Lower has also noticed shifts in how first-years made friends and who they spend time with, compared to his freshman year. COVID bubbles and the natural increase of time spent in one’s room has created new patterns of socialization.

(3:50) EL: I think my first year, the community bond was often much greater than suitemate bonds in a lot of cases. This year I’ve seen a lot of suitemate bonds be stronger than I would have expected in past years, I think that’s just because your suitemates really are your own personal pod in this case and, like they’re the people who you can go and be with and like live in the same space with and not have to worry about going outside of your dorm.

(4:24) OP: Sophomores this year were also caught in a social snafu. Sent home in the middle of their first year, the class of 2023 came back only to be dispersed between on and off-campus housing, making it even harder to maintain and make new friendships. Sophomore Ben Reimler said he mostly hung out with people he met during the first six months of his freshman year.

(4:57) OP: Gotcha, and so it sounds like you’ve said a couple of times that it was pretty difficult to make new relationships, do you feel like you were mostly relying on relationships that you’d made before the pandemic?

(5:07) BR: Yeah, easily. Although there were still opportunities to meet a lot of new people through things that were going on on-campus, in the end the most satisfaction did come from the relationships I did have prior.

(5:24) OP: The juniors, Xu and Lowder, also commented on their personal feelings of isolation exacerbated by COVID. With the exception of other South 40 RAs, residential advisors were not allowed to have people over in their dorms, and they lived alone. Many of their friends were bubbled in off-campus apartments.

(5:43) EL: I think not being able to have people who I have a close relationship with even be able to hang out remotely in the area where I live, has been very socially isolating.

(5:54) EX:  Honestly it’s been kind of difficult. I think the first semester, the transition to just living on my own with a bunch of first-year students and having my friends not really around me that was kind of difficult. But this semester, I think, going to my friends’ places off campus has been really nice, especially now that people are getting vaccinated.

(6:21) JA: With a year under their belts, Wash. U. students say that if they had known how the year would shake out, they may have adjusted their expectations and social behavior a little, to put in the extra effort to connect.

(6:30) OP: Lowder, for one, was grateful that he was able to support some of his first-years as they navigated a rocky year.

(6:39) OP: Looking back at the past two semesters, would you have made the same choice to be an RA and knowing what you know now about how this year would unfold?

(6:45) EL: I think I would have started things differently or had different expectations. I guess the upside of being an RA this year is, I think the amount of residence support I have provided is a lot more than what it would have been in a normal year. I think, because of COVID the amount of residents who have reached out to me with stuff like relating to mental health, or friendships, or like fitting in on campus or COVID itself has provided a really good experience and really close relationships I don’t know I would have had in a different semester.

(7:29) OP: Sauer quickly learned that having a network of friends and family from back home was essential as a first-year during the pandemic.

(7:37) CS: Really trying to rely on my parents and my sister and my close friends from home sometimes whenever I need additional support has been really, really helpful and it wasn’t something that I felt like I could rely on at the beginning of the year, I felt like ‘oh I’m in college and I need to make college friends,’ but really realized that you know I can maintain my past relationships from home and make a relationship with my family will also you know, making new friends here and that’s been really valuable for coping with the isolation that comes from comes from this transition normally even when we’re not a pandemic year.

(8:14) OP: Reimler also developed a new way to cope with feelings of isolation this year.

(8:20) BR: One thing that I really developed this year and I began to appreciate a lot more, is just calling friends randomly. Just out of the blue—don’t text them beforehand, just call them and see what they’re up to and if they’re you know if they’re free just doing something really quickly. I used to be a very, you know, I like to plan things out normally but I’ve tried to challenge myself to be a little bit more spontaneous and that kind of helped me break that form of isolation.

(8:52) JA: Though virtual meetups and a lack of face-to-face socialization has been hard for students this year, Interim Vice Chancellor for Student Affairs Rob Wild is cautiously optimistic that next year will bring us into more contact with one other.

(9:22) OP: Sauer is looking forward to some normalcy. Her dream scenario? Nothing too crazy.

(9:28) CS: Looking forward to next year, I hope that we can have some medium-sized gatherings where there’s food and people can just hang out and listen to music and you know be comfortable together. That’s kind of my ideal scene.

(9:45) BR:  A lot of people that I’ve talked to, just anecdotally, I heard that some students struggled this semester socially just making connections with people either because of the comfort level or it was just… online presents so many challenges. I hope that, you know, people are able to once again try to break that and hopefully, again, this coming year, with more of a sense of normalcy people can develop relationships, socially and get back out there and really try to have fun next semester.

(10:30) JA: We hope that Looking Back has given you a glimpse into what this past year has been like at Wash. U. From navigating positive COVID tests to social isolation, we’re all hoping for a year that won’t make history come next fall. Now, that’s not to say next year will be normal by any sense of the word. Herd immunity is still a far way away, if within reach at all. But maybe, just maybe, a year from now when we look back, it just will be a little bit normal.