This year, the Edison Theater was empty on the weekend of Washington University’s annual Black Anthology production, and audiences all over the world watched BA from their laptops. Freshman Charlotte Kramon talked to two members of the Student Life staff who contributed to BA in major ways: Forum Editor sophomore Jamila Dawkins, who wrote the play, and Senior Cadenza Editor and Social Media Director junior Sabrina Spence, who served as the production’s stage manager. Freshman Kamala Madireddi edited this episode’s audio. Copy Chief JJ Coley wrote our theme music. 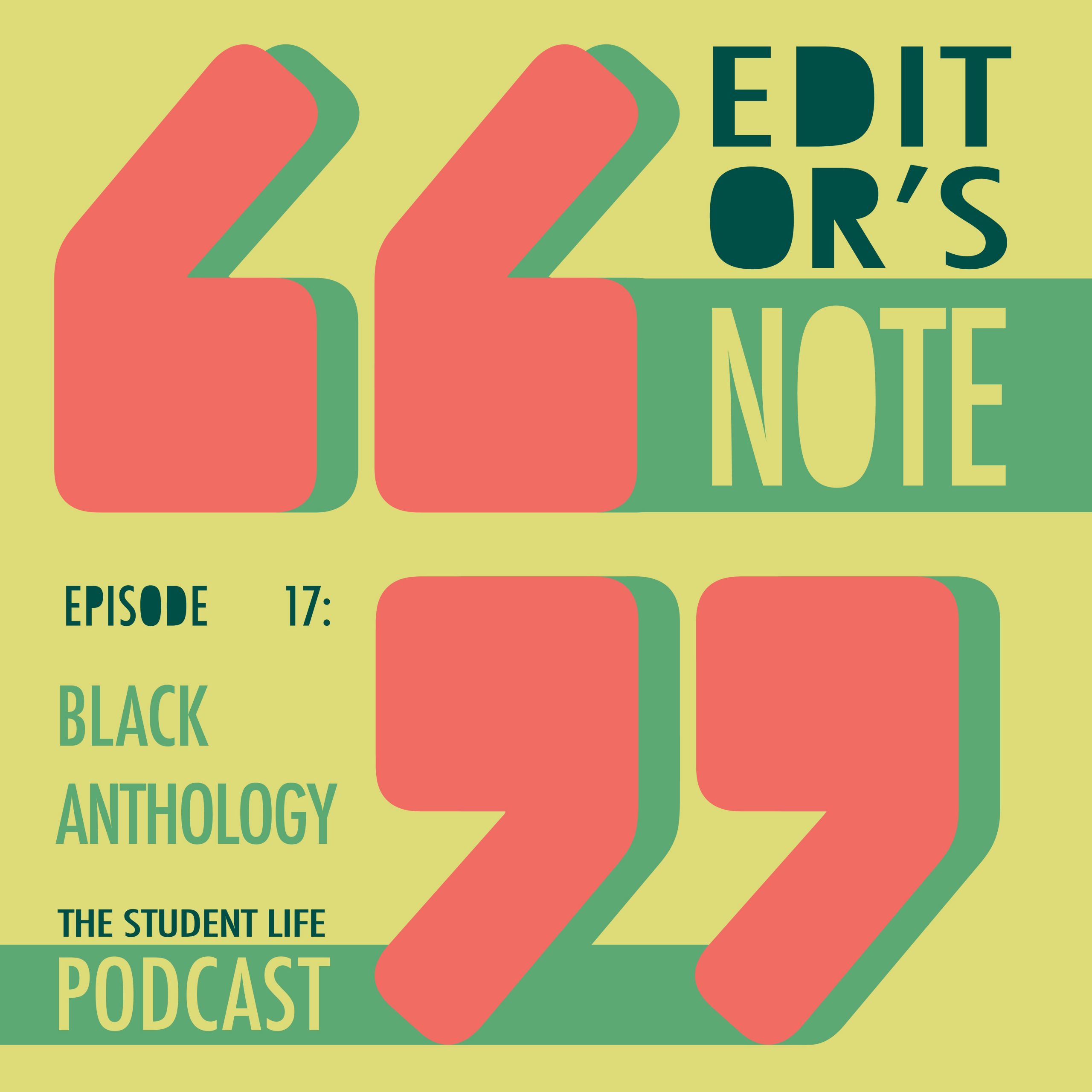 The transcript of the episode can be found below. It has been lightly edited for clarity:

CHARLOTTE KRAMON (0:10-1:20) Every year, Washington University students gather at the Edison Theatre for the sold out Black Anthology performances. Audience members cheer as their friends on stage convey complicated themes and reveal exciting surprises. This year, needless to say, the Edison Theater was empty on the weekend of Black Anthology, or BA for short. Instead, audiences all over the world watched BA from their laptops on Saturday, March 13th.

I talked to two members of the Student Life staff who contributed to BA in major ways this year. Forum editor sophomore Jamila Dawkins wrote the play, while Senior Cadenza Editor and social media director Sabrina Spence served as the production’s stage manager.

Dawkins noted that, although the pandemic certainly affected the production, BA’s executive board did not want the show to be about COVID-19.

JAMILA DAWKINS (1:21-1:52) The show is a product of a pandemic, but it’s not a pandemic play. Because, partly, we kind of just felt like people might not want to watch a pandemic play after experiencing a pandemic all the time. And also, we just felt like it was a good time to really tackle issues of identity and love and kind of put on a play that is more rooted in self discovery and not so much, I guess, more traumatic experiences.

SABRINA SPENCE (1:55-2:25) Yeah. So, I think going into it, all of us really wanted to create a play that was authentic to the Black Anthology experience as it would normally be… The people that I’ve talked to about the show have had nothing but positive things to say about it and how we did not shy away from the fact that we are in a pandemic, but that wasn’t the story. And I think that’s what people have really been attracted to in watching the show.

CK (2:26-2:39) In addition to being marked by the COVID-19 crisis, 2020 was a monumental year for the Black Lives Matter movement. So, how did the rise in activism affect the direction of the show?

JD (3:13-3:25) It was definitely a really strange time. But it’s also like, it can be cathartic, I think, to pour yourself into work when everything is kind of collapsing around you.

CK (3:26-3:34) More people than usual got to see the final product this year. Typically, both live performances at the Edison Theatre sell out.

SS (3:35-4:07) But this year, because we were streaming it, we really reached a lot more people because, like my grandmother has never seen a show that I stage managed. And I’ve been stage managing since freshman year. And so, she watched Black Anthology with my mom, because my mom and my aunt always come up to see it. But she can’t, because she can’t take that drive anymore. But she was able to watch it. And if we hadn’t done it this way, she wouldn’t have ever seen it. I have friends from home who I sent the link to who watched it after our streaming party.

JD (4:08-4:43) I got a text from an aunt who lives in Canada who was watching. I have family in Jamaica who watched some of it. And this was my first time writing a play and…at the beginning of fall semester, I wasn’t sure what the spring semester would look like. Actually, when I applied to be playwright, I didn’t even know there was going to be a pandemic. So even then I was thinking, ‘Oh, nobody’s gonna get to see this thing that I’m gonna make.’ But it turned out that a lot of people got to see it, which was kind of a blessing in the bad thing.

CK (4:44-4:49) Dawkins also noted that adhering to COVID guidelines made it challenging to explore some of the play’s main themes.

JD (4:40-5:41) Two of the bigger themes were family and also hair. And so, I know it was pretty difficult for me to think of ways to convey those ideas in a space where everyone has to be distanced and you can’t really interact, because those two things are still very interactive…being close to one another, and intimate with somebody. And with hair, that’s a very manual process. And I feel like, especially with the idea of, Black hair, generational hair, having someone do your hair for you is a really big part of that experience. And so those were parts that I feel like are central to those topics, but were hard to put into a play that has to be socially distanced, with everyone wearing masks.

CK (5:42-5:54) What was it like putting on a show without the audience’s energy to feed off of? I know, you guys aren’t actors, but I’m sure that having their energy is still a pretty big part of performing the show in person.

CK (6:22-6:26) Fortunately, Spence said it was exciting for the actors to watch the audience’s live feedback through the chat box while they watched the show, and that the BA team was still able to play a pivotal role within the University community.

SS: (6:37-7:18) And the one thing that keeps me coming back to Black Anthology is that theater is traditionally a very white space, and Black anthology is Black theater. It’s about Black people, but it’s not just for Black people. And I feel like if we hadn’t been able to do any kind of show this year, people would have felt that absence, the absence of seeing someone who looks like you, who has had the same experiences as you, a storyline that you can relate to, because it’s happened to you, like you live it every day on stage is really important.

CK (7:23-7:30) Editor’s Note will be back next week to break down another developing story. For Student Life Media, I’m Charlotte Kramon.