A night with the Pikers: A toast to comedy

The Pikers provided shelter and song on a chilly Jan. 25 night in Graham Chapel. Along with musical numbers, the Pikers showcased a thirty-minute short film centered around their fictional, and often funny, quest to receive SU funding.

The opening number was bathed in blue light.

A Pikers Alum taken in the show through a Woody mask. 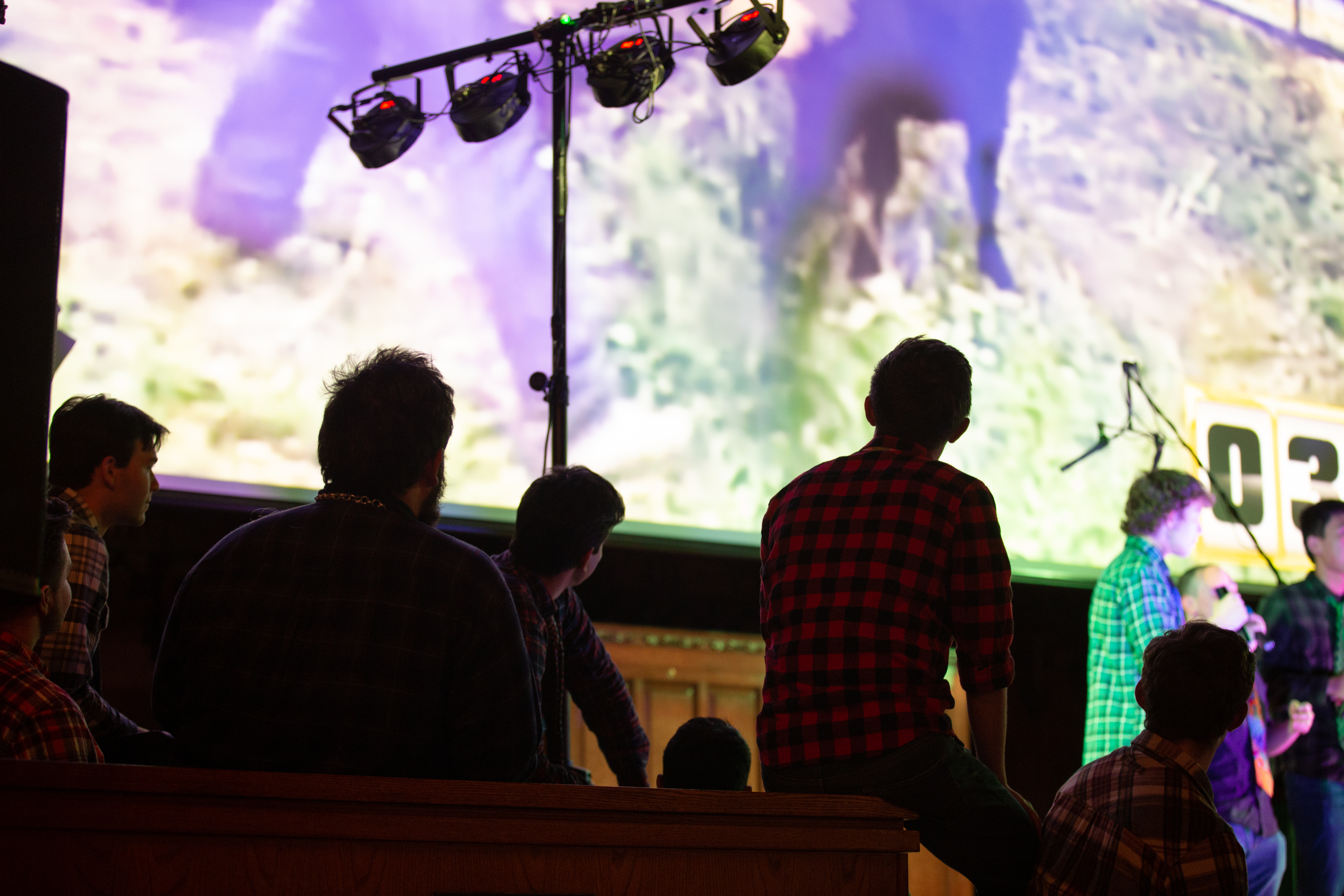 Pikers watch a clip from their short film lampooning SU, Student Life and Sigma Nu, among others.

Sophomore Devon Finlay watches pensively from the edge of the stage.

Senior Nathan Marak sings the penultimate number of the show.

After the Pikers depart for what’s sure to be a raucous after-party, all that’s left to do is take down the audio equipment.