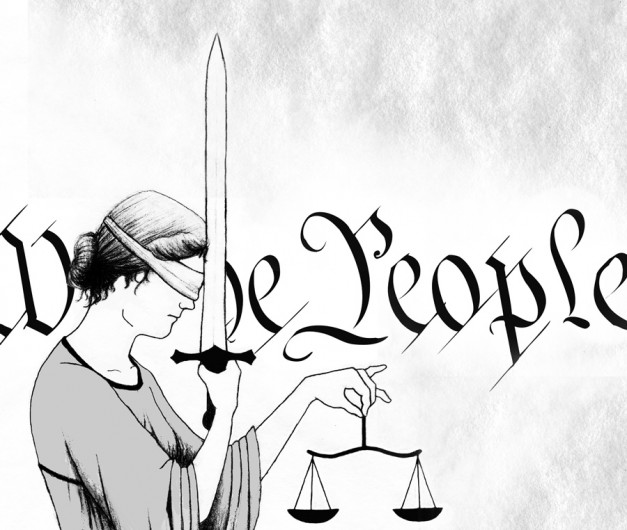 Audrey Westcott
To outsiders, the credit that is given to the United States Constitution can often seem over-the-top. Whereas the American Constitution has lasted centuries and has been left almost unchanged, France has used five different constitutions this century alone. The stability of both the American regime and its Constitution is unmatched by any other Western country.

Why does a text that was written more than 320 years ago still hold such a critical role in political life today? The idea of making today’s decisions according to a text created in a completely different era seems to make little sense. If a law is passed today that contradicts the Constitution, then surely it has still been voted by the people’s representatives, and so represents the current will of the people. In most definitions of democracy, the will of the people is seen as surpassing all else. Most European countries cared little for Constitutional review.

However, what was an exception is fast becoming the norm. In Europe, Constitutional Courts are gaining more power against the government. Even in France, where representatives were traditionally free to do as they pleased, the Constitutional Court has been much more vocal than in the past, recently censoring much of the HADOPI (“Haute Autorité pour la Diffusion des Oeuvres et la Protection des droits sur Internet,” the French governmental agency in charge of implementing Internet control) bill that would have cut off Internet access to users who infringed copyright laws.

What are the advantages of having a Constitutional review system? There is no better case to illustrate them than the Perry v. Schwarzenegger court case that was decided on Aug. 4. The plaintiffs proposed to strike down the famous Proposition 8, which had altered the Californian Constitution to ban same-sex marriage. Judge Walker ruled that Proposition 8 violated the Fourteenth Amendment to the United States Constitution, and depending on the rulings of the numerous appeals courts, this means that same-sex marriages may once again be allowed in California.

This case is a perfect example of why constitutional review is necessary and helps improve democracy rather than diminish it. At first view, it seems that the ruling directly contradicts democratic will: A 52 percent majority voted for Proposition 8. Having a referendum struck down by judges seems arbitrary, especially when the basis for doing so is a 150-year-old amendment to a text. Surely our will matters more than the will of our ancestors – why should we still be beholden to the Founding Fathers’ wishes?

The answer lies in the very wording of Judge Walker’s ruling: “Moral disapproval is an improper basis on which to deny gay men and lesbians. The evidence shows conclusively that Proposition 8 enacts, without reason, a private moral view that same-sex couples are inferior to opposite-sex couples.” Judge Walker, having deemed that same-sex marriages cause no harm to Californian citizens and instead are a social necessity for Californian homosexuals, decided to favor the rights of the minority over the wishes of the majority.

A true democracy is not one that promotes the rights of the majority against the minority, but rather one that defends the rights of individuals to live their lives as they see fit. This concept was already stated as far back as 1835, when Alexis De Tocqueville warned readers in his book, “Democracy in America,” of the dangers of “the tyranny of the majority.” The majority has no right to decide how an individual should live, if his actions cause no harm to others. It is this reasoning that has led Judge Walker to strike down Proposition 8.

As the Perry v. Schwarzenegger case has shown, the necessity of bills of rights and Constitutional reviews has never been more obvious. Although most Europeans deem Coca-Cola and “Friends” to be America’s greatest exports, do not be surprised if more and more recognize the great worth that Constitutional Courts have brought to our political systems.