Is it possible to sew a pair of ethical pants? 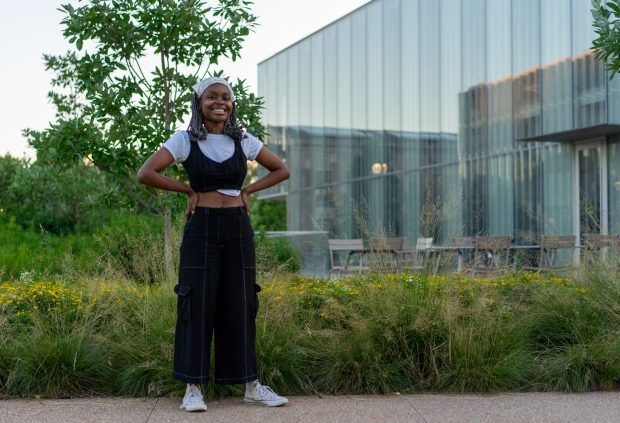 The doe-eyed romantic in me idolizes those who can make their own clothes: the Maria von Trapp who makes the play clothes out of the curtains, or the spinster who not only makes her own clothes, but spins the wool that she makes them with. When discussing the vices of fast fashion, this ability becomes even more glamorous — to me, it means raw sustainability and self-sufficiency in one fell swoop. Since abandoning fast fashion and turning to thrifting, it seemed the natural next step was to abandon shopping for clothes altogether and try my hand at making something from scratch. So, for about 3 weeks this summer, I spent what added up to about three part-time workweeks trying to make a single pair of “ethical” pants. What I didn’t foresee was that the hardest part of the process was figuring out what a pair of ethical pants even looked like — or if it existed at all.

Sourcing of Fabric (and other sewing materials)

Those who reminisce about the old days of fashion often point toward the now-rare art of understanding the fabrics you wear. It was essential to know which fabrics pill, or when a section of fabric was beginning to weaken and could rip. Sewing kits in hand, women knew how to perform surgery, suturing holes and patching scraps of fabric together to reinforce knees. Clothes were made to wear, repair, and keep wearing.

My sewing pattern recommended twill, linen, denim, or chino fabric, and having little to no idea what the difference was, I picked the cheapest bolt of the cheapest fabric, linen. It wasn’t until the drive home that, stomach sinking, I realized the cheapest fabrics were blended with rayon, or viscose. A hail-Mary Google search confirmed what I dreaded, but knew to be true — this was one of the fabrics that most contributes to the devastating havoc fast fashion has on the environment and the health of those who work with it.

Turns out that just like fast food and fast fashion, there’s fast fabric and a movement to slow it down. Organic production methods, biodegradability, limited water usage, healthy working conditions, fair trade certifications — sustainable fabric-makers take all of these into account in their production process. Jo-Ann Fabrics and Crafts, which offers no transparency on any of those measures, noticeably falls short.

For all my new efforts toward ethical fashion, patting myself on the back for trying to make a single pair of pants, I had bought 3 yards of linen that were blended with the same fabric that is stretched over Forever 21 mannequins. After spending an hour Googling (“Is Jo-Ann ethical?” “Is linen ethical?” “What percent of linen is ethical?”) I bit the bullet and kept the fabric. Days later, I realized that linen shreds like all-hell and I didn’t have a serger machine to stop that from happening; two weeks later, I learned about Jo-Ann’s sustainability ambivalence; and three weeks later, I thrifted an old denim tablecloth for $5 that would have made a much cuter pair of pants.

But thrifting isn’t necessarily the perfect answer, either. Goodwill, one of the most popular thrifting locations, is a multibillion dollar enterprise that (despite their 501(c)(3) status) is decidedly making a lot of profit — pricing out those who need a cheap alternative the most, allocating the excess to its CEO and other board members, and severely underpaying its workers (particularly the disabled ones). You can go to a mom-and-pop thrift shop, but there still remains the broader issue of the gentrification of thrift stores and the new trend of thrift hauls, which still often lands firmly in the culture of overconsumption that makes fast fashion so harmful in the first place.

Which is all to say that I hadn’t even set a needle to fabric before I had built up a lot of pessimism around the practicality of my “ethical pants” mission. Still, armed with my mother’s sewing machine and her drawer full of multicolored thread and miscellaneous buttons, needles, and pins, I cut out my pattern, and began sewing.

Most of us have been alienated from the actual “making process” of clothing (thanks, capitalism). Like the avocados at Schnucks or the car sitting in your driveway, you probably have little to no awareness of the chain of people who bring it to your door. The breakneck pace at which fast fashion garments are made, bought, and shipped exaggerates this fact, removing the listings on Shein from seeming man-made altogether.

Slow fashion, then (and this is about as slow as fashion gets, me taking three weeks to make a single pair of pants) was the complete opposite. Making the pants was nothing if not intimate, if the bits of shredded linen that are still floating around my living space are any indication. For those who have never and will never make a pair of pants, a brief summary: it’s tedious. The zipper is confusing. Pockets are wayward and never identical. When finished, they come out too long, and when hemmed, they turn out too short.

The work I had done to make a single pair of pants had taught me a newfound respect for what the designers and tailors of sustainable brands do every day. At the same time, it made clear to me that the process of purchasing ethically is one of confusion, concession, and most of all, expense, costing both money and time.

Costs cropped up along the way that were unforeseeable — halfway through the process I realized that I would need a zipper foot, something that would have required yet another trip to Jo-Ann Fabrics had my mother not had one stowed away from years of sewing. A plus-sized pair of pants would have required more fabric to buy and a different pattern altogether.

Between the $13 pattern, the fabric I used, and the various odds and ends the pattern required, my final bill was over $100, not accounting for labor, gas costs during the highest gas price spike in 14 years, and all the supplies my mother already had. With that money, I could have purchased two outfits, a new phone case, and a tapestry for my apartment on Shein, with only the effort it takes to tap a screen and wait 1-2 weeks for shipping and handling.

The whole conversation surrounding fast fashion and ethical fashion is soaked in privilege. Like fast food, fast fashion brands prey on convenience and inexpensive costs, making themselves seem like the most viable option, both for those who can afford otherwise and those who can’t. When time is a commodity, slow fashion is seldom inclusive.

Attempting to be an ethical consumer is an exercise in hyper-vigilance of the paranoid kind. Most companies don’t tell you anything about their sustainability practices, and even when they do, it can be hard to believe them. From environmental impact to worker treatment, some companies that are doing well on one metric utterly fail in another. If your main concern is worker conditions, making your own clothes is a sure way to secure some peace — you are the worker. But true self-sufficiency is a pipedream; even if we take things into our own hands and make the damn pants ourselves, at some point down the line, we have to place our trust in a brand or company and try to sleep at night.

All we can do is take the time to think — and ask good questions — before placing that trust. Be okay with this taking time. Eke out your middle ground between “ethical living is impossible, the earth is doomed, and why care when corporations are the ones creating the most harm” fatalism and “ethical purchasing is easy and the least you can do, buying a single non-thrifted tube top will be the straw that breaks Mother Earth’s back” naivete. I may be forced to sacrifice ethics in one area for ethics in another, but I find comfort in the fact that at least I’m trying.