Staff Editorial: A public safety committee is one thing, but action is another 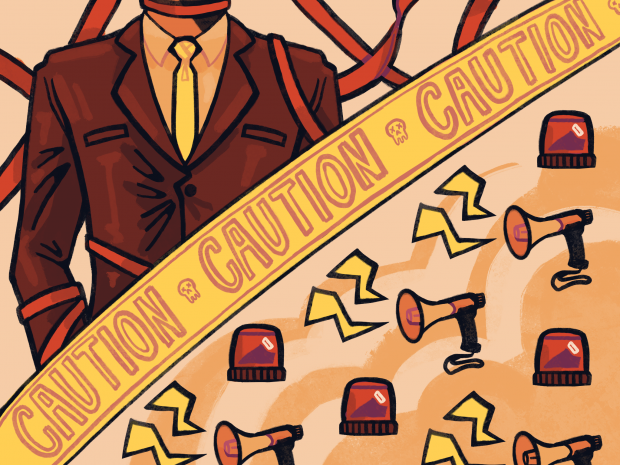 Recently, Washington University’s public safety committee released a report detailing a number of actions the administration can take to better support the safety and needs of its students and the Wash. U. community. The committee—which was formed following the murders of George Floyd, Breonna Taylor and many others at the hands of police—seeks to make changes regarding how the University conducts public safety while recognizing systemic inequalities.

Wash. U. has long had a knack for ignoring students’ opinions, a reality that has rung especially true for the many minority students who have continuously voiced their discomfort with Washington University’s police department and student services to no avail. For example, in a recent survey conducted by the committee, it was reported that only approximately 44% and 48% of Black and Hispanic/Latino students, respectively, felt as though the presence of WUPD on and around campus made them feel safe, a very low number that should signal to the administration that action is needed on behalf of the University. In this regard, it’s encouraging that students have finally been given an outlet to have their experiences and ideas heard.

It’s also a positive notion that the administration seems openly steadfast towards acting on the committee’s work. Henry S. Webber, who serves as the executive Vice Chancellor for civic affairs and strategic planning, publicly applauded the committee’s work in The Source. Even more importantly, he noted that the university was “fully committed to implementing the recommendations outlined in the report.”

Unfortunately, we’ve been too numbed by prior efforts to celebrate just yet. All too often, it feels like the committees that are formed and submit proposals are at first acknowledged only to be met by dead silence in the end. Either they are forgotten, becoming a distant memory once the flames have died down, or they are met with minor attempts for real change. That lack of accountability is an insult not only to the committee, but also to the numerous different voices it represents.

It’s simple enough to understand why the formed committees often fizzle out. In general, it’s far too easy for the university to escape accountability; most students will only be on campus for four years, a short period of time that affords the administration the ability to renege on its promises. When one class graduates, it seems like the incoming group of individuals is forced to start all over again.

But these are systemic issues that will only be solved with systematic solutions. No committee will solve the identified problems unless long term practices are put into place and the University once and for all acknowledges that it has to change. It’s time that the Wash. U. administration listens and acts on the list of recommendations that the public safety committee has made. The committee—which takes input from a variety of students, faculty, and staff—has made three reasonable proposals. The group calls for shifting the school’s mental health response mechanism from WUPD officers to more specialized personnel, creating an improved feedback loop to hold the administration accountable, and bettering the university’s overall communication with regards to public safety. All three of these suggestions seem both beneficial to the Wash. U. community, and achievable, so it’s time to get to work and prove that the University really is committed fully to listening and responding to its student’s needs.