How to play Tang 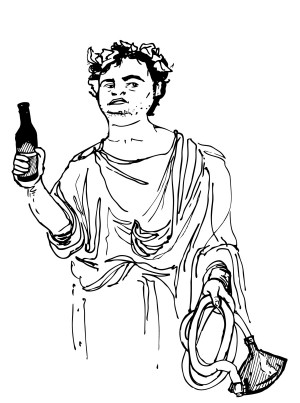 "The Harry Potter to your Quidditch Team"

Tales of old speak of a Washington University drinking game called “Tang.” Imagine, if you can, a 64-team drinking game tournament that took place in the quad during W.I.L.D. Put your exploded head back together, and listen to this: It actually happened. And if you follow these seven steps, you can make it happen again.

1) Get Coors to donate lots of booze to help college coeds compete in a two-day-long drinking game until they are blackout drunk. The “Great beer, great responsibility” campaign can’t hold a candle to the “Get your name out in St. Louis and stick it to Anheuser-Busch in their hometown” campaign.

2) Find nine fast-drinking friends. Designate the most John Belushi-esque with the title “anchor.” In reality, the anchor isn’t different from anyone else on the team, but you must act like he or she is the Harry Potter to your Quidditch team. Find roughly 63 other teams because Tang is like the March Madness of alcoholism.

3) Design a logo and think of a team name. This is perhaps the most important step, as they will be emblazoned on t-shirts, signs, your body and any other surface you can find in the weeks leading up to Tang. (You are starting a few weeks ahead of time, right? Tang names should not be rushed.)

4) Make team swag. Think of victory every time you drink out of your official logo-covered pint glasses at team practice. Speaking of which, it’s time to start practicing. This isn’t water pong; you’re going to need to expand your stomach and learn how to open your throat to chug. For tips, refer to the training guides of competitive eaters and pornographic actresses, respectively.

5) Rent Bowles Plaza, where the original Tang tournaments were staged in the days before Wash. U. got all uppity and decided that we would be a faux-classy school that couldn’t even have kegs on campus. Designate spaces for spectators. 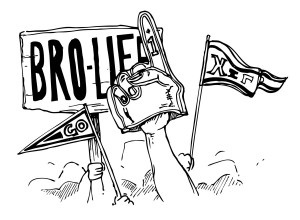 6) On the first day of Tang, paint up, get the signs, rehearse your team cheers and chants and head out to Bowles. Show up early to ensure premium seating; it’s going to get crowded.

7) Play Tang. One member from each of the 10-member teams drinks a beer. When they slam it down, the next person drinks. The last person (the aforementioned “anchor”) drinks two beers and the sequence reverses back to the first drinker. First team to drink two beers for each player wins. Basically, it’s flip cup with more beer and less flipping. Teams are eliminated over the course of two days until only one bedraggled, drunk group is left.