‘The Sound of Music Live!’ attracts viewers but falls flat under the weight of poor acting, lack of cast chemistry 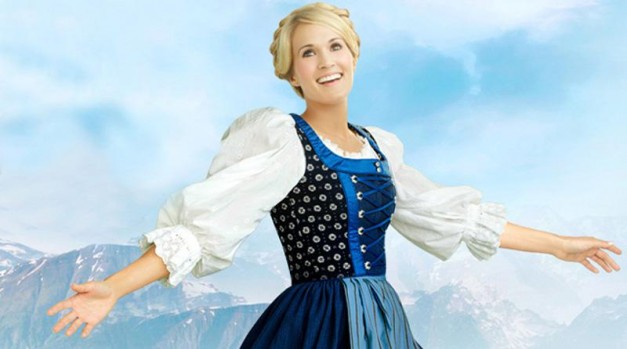 NBC’s much-hyped foray into the long-gone “event television” days finally went live with “The Sound of Music Live!” Thursday night, but the adaptation of the 1959 classic turned out to be nothing more than a couple of hours full of awkwardness. Billed as the first televised live musical in about 50 years, the show was supposed to be the product of many weeks of rehearsal and hard work. Instead, it played out like a semi-staged reading that eliminated all luster from the performance. How do you solve a problem like casting Maria, you ask? Here’s the right answer: don’t choose Carrie Underwood.

The country-pop star delivered her songs nearly pitch-perfectly but without any sense of gusto, emotion or dynamism; unfortunately, her acting skills were even more subpar. In fact, one wonders how Underwood’s characterization of Maria’s usually vivacious personality could ever demand the excitement described by the nuns in the iconic song; after all, they call her a “flibbertigibbet” and a “clown,” not “a sweet and unassuming person.” The chemistry between her and Captain von Trapp, played by “True Blood”’s Stephen Moyer, is negligible; they show their love for each other not through emotion or expression but through the words of their lines, delivered without any meaning. If one were to watch the show on mute, he might even think that von Trapp is giving Maria a full-time governess job rather than proposing marriage during “Something Good.” As for her voice, everyone knows that Underwood is extremely talented when performing her usual genres of music. However, her range and tonal quality is far more suited for belting “Before He Cheats” than it is for “The Hills are Alive.” It takes something extra to switch into the arguably more difficult arena of stage music (especially for this show), and it doesn’t seem as if Underwood received the proper training to succeed in this venture.

The one high point of the ho-hum show was the presence of Audra McDonald. The Tony Award winner and TV star not only wowed as the Mother Abbess in every song she was in but also conveyed true emotional depth when advising Maria to go back out into the world to find herself. This casting decision by NBC could not have been any better; unfortunately, McDonald’s considerable skills were additionally highlighted by the fact that she was unmatched by any of her fellow players. In the end, none of her scene partners could do her justice or provide a good foil for her to act against. Liesl and Rolf, played by Ariane Rinehart and Michael Campayno, respectively, managed to inject a sense of youthful energy, especially during their playful song “Sixteen Going on Seventeen,” which ends in them rolling down a hill.

The live performance aspect of “The Sound of Music Live!” went well, considering the many scene and costume changes that had to go off without a hitch. However, was the ability to call the show “live” really worth the quality that was lost? If the show had been pre-filmed, the use of many takes could have ensured that every actor, especially Underwood, put a little something extra into his or her delivery. The presence of emotional depth is one of “My Favorite Things” to see in musicals. If another television station chooses to try out this venture anytime soon, it would be well-suited to keep this in mind while casting its leads.