A #SELFIE of our generation 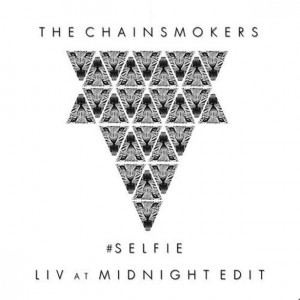 Some songs hit too close to home. For some people, it’s that Taylor Swift song about Jake Gyllenhaal and maple lattes. For others, it’s “Landslide” by Fleetwood Mac. But for our generation, it’ll probably be “#SELFIE” by up-and-coming electronic artists The Chainsmokers. This could be the song that defines 2014, and it was released in late January.

The Chainsmokers are signed to Dim Mak Records, a label founded by Steve Aoki that boasts The Bloody Beetroots and Infected Mushroom among its members and artists Bloc Party and Zedd as former ones. The disc jockey duo, comprised of Andrew Taggart and Alex Pall, was previously known best for its remixes of hit songs like Icona Pop’s “Girlfriend” and The Wanted’s “We Own the Night” as well for collaborating with Bollywood star and former Miss World Priyanka Chopra for the song “Erase.” With more than 200,000 views already on YouTube, it’s crystal clear that “#SELFIE” will become the duo’s biggest hit to date.

Even though the lyrics, spoken word “poetry” voiced by a girl in the most annoying voice possible, are on the level of “Friday” and “Hot Problems,” the beat is incredibly catchy in a non-annoying way. Its pulse and throb would be at home in any club if not for the voiceover. The chorus repeats the phrase “let me take a selfie” to the point of mindlessness, much like that one friend of yours on an average night out. Additionally, the lyrics are painfully accurate for anyone who has ever gone out to Harry’s Restaurant & Bar or The Coliseum. At one point, the girl asks, “it’s not even summer—why does the DJ keep on playing ‘Summertime Sadness’?” She then misuses the word “ratchet,” as many Wash. U. girls are prone to do. One run hit me particularly hard: “OK, let’s go take some shots. Oh no, I feel like I’m gonna throw up. Oh wait. Never mind. I’m fine. Let’s go dance.” Everyone will relate to this song: the party girls and boys and the people who make fun of them.

So next time you’re at a bar or a club or a frat or your dorm room, put on this song when it’s time to take that night’s ceremonial selfies. And then don’t take any more selfies for the rest of the night. As Beyonce once said, “Embrace the past but live for now.” It’s hard to live for now when you can’t decide if now should be lived in lo-fi or 1977.