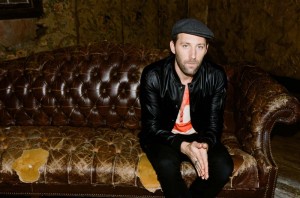 Handout
Mat Kearney rose to prominence on the heels of his 2006 album, “Nothing Left to Lose,” a record that sold over 450,000 copies. He quickly became known for his soulful lyrics and polished vocals, with songs like “All I Need” and “Breathe In Breathe Out” featuring heavily in emotional television montages. One of the three artists playing in Brookings Quadrangle this Friday for W.I.L.D., Kearney spoke with Student Life and noted his excitement to play for Washington University students.

“I’ve played The Pageant many times. I’ve always been curious about your school because it’s always seemed like a beautiful area with beautiful homes and a lot of history,” Kearney said. “I’ve always wandered around there just on foot in between sound check and the shows, so it feels cool to be coming back there to play.”

Kearney’s most recent album, 2011’s “Young Love,” featured a distinct move toward more hip-hop inspired beats and debuted with 44,000 copies sold in its first week. It peaked at fourth on the Billboard 200 chart. Kearney fans attending W.I.L.D. can expect to hear songs from all four of his albums and maybe more.

“I’m excited—should I work on a Nelly cover or something?” Kearney joked.

Kearney warned Wash. U. students who had not attended one of his shows before to get ready and prepare for an act that “changes pace a lot.”

“Maybe it’s the ADD I was born with, but I think the show should be interesting—it should make you laugh, it should make you cry, it should keep you on your toes, and that’s what we try to do,” Kearney said. “I get bored with that if it’s all mid-tempo or it’s all upbeat. If there’s anything about my music that seems to be true, it’s that I definitely jump around and do different things, and I do the same thing with my show. I think it adds a little drama and excitement.”

The “festival feel” that Social Programming Board is aiming for at this year’s W.I.L.D. is particularly appealing to Kearney. He just finished playing a festival in Nashville, Tenn. and enjoyed the opportunity to meet different bands and musicians across genres and to create a completely different show from what one might expect on a solo tour.

“Last week, Juvenile opened up for me. That’s not going to happen at a normal show, but it happened at a festival…it’s fun and there’s a bunch of musicians coming together and that really makes it special,” Kearney said.

As a result, Kearney is also excited about sharing the stage with Atmosphere and Yeasayer at spring W.I.L.D. this year.

“I definitely like a lot of different genres,” Kearney said. “I’ve been into Atmosphere’s music for a long time because I grew up on kind of odd interests; intellectual hip-hop that was kind of my thing. I listened to a lot of hip-hop growing up. Yeasayer—I don’t know their music as well, but everything I’ve come across is pretty cool.”