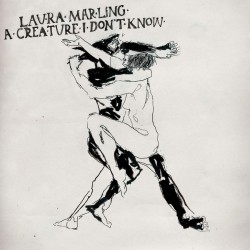 For many singer-songwriters, releasing a third album will only ever be a distant pipe dream. But, somewhat audaciously, British singer Laura Marling now reaches that milestone at the tender age of 21. In her last album, Marling’s backing band could occasionally threaten to overpower her vocals. Luckily, in “A Creature I Don’t Know,” producer Ethan Johns ensures Marling’s voice is the listener’s central focus. When other instrumentation enters the fray, it is never overstated and is, in fact, quite nice. This album features a wide palette of rock, jazz and country influences.

As a teenager, Marling was never one to bother singing about her latest crush or her irritating parents, even if some tracks had a rather youthful whimsy to them. Her solo performance on “Night After Night” illustrates just how much she has grown. On this quietly harrowing track about a conflicted partner whose “love is driven by rage,” her gentle vocals are among the best she has ever recorded. Rage seems to be a theme: The last song, “All My Rage,” kicks up a storm with frantic mandolins and a backing choir.

The only disappointment is that “A Creature I Don’t Know” is far too short, leaving the listener with an unavoidable sense of anticlimax. For all of the album’s moodiness, the standout track is probably lead single “Sophia,” which features a buoyant melody that soars and builds beautifully. But this is a darker, more complex effort all around. Laura Marling has matured into a vital presence in modern folk, and, if she continues to produce work of this caliber, she can remain a leading voice for years to come.